British-Ghanaian rapper, musician and artist Kojey Radical has collaborated with 1800 to release a capsule collection.

The Mercury Prize-nominated artist has used the collection to celebrate independent thinkers like himself. Powerful mantras are emblazoned on the clothing, encouraging individuals to be proud of putting themselves first. The capsule collection draws inspiration from African art and iconography, motifs which are integral to Kojey’s artistic vision.

This design process was particularly interesting for me because most of my design and illustration practice was based around portraiture, even when I’m sketching, free flowing or just drawing lines and making mistakes. The idea of creating iconography that feels familiar means that to some degree you need to see yourself reflected in the work and 1800 has always allowed me to do that. My inspiration for this collection came from African art, iconography and imagery, and being able to include that was particularly compelling for me.

The 1800 Tequila x Kojey Radical capsule collection is available at notjustanotherstore.com as well as in-store.

The capsule collection is the latest iteration of 1800 Tequila’s Essential Artists series that looks to champion creatives, culture, independent thinkers, artists, and designers. As an independent artist and a huge supporter of fellow iconoclastic creatives, musician and artist Kojey Radical’s vision and ambitions are shared by 1800 Tequila.

Kwadwo Adu Genfi Amponsah (born 4 January 1993), known professionally as Kojey Radical, is a British music artist, creative director and mixed media visual artist. His style has been described as a mix of grime-y hip hop, alternative rap and spoken word. Since 2018, he has received six nominations at the MOBO Awards, including Best Newcomer. He also performed at the 2020 and 2022 MOBOs ceremonies. 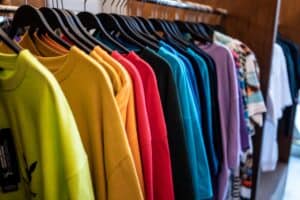 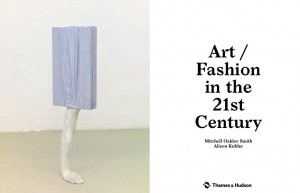 Shoe Sculptures by Cat Potter now on display at Selfridges

Pernilla is a conceptual shoe collection that is part footwear, part sculpture. The series of eight unusual silhouettes are crafted by traditional shoe making methods.

Damien Hirst and The Row produce Backpack to benefit UNICEF

Damien Hirst has teamed up with The Row to create a special edition backpack.