What New Technology Will Be Used in the World Cup 2022? - FAD Magazine
Skip to content

With the first-ever FIFA World Cup in the Middle East region coming up later this year, many sports fans are wondering what new types of technology we’ll see in Qatar. There are some interesting new pieces of tech to look out for in this tournament.

The offside rule has long been one of the most complex and troublesome areas of football, with the referee and their assistants often struggling to make the correct decision in the heat of the moment. FIFA’s semi-automated offside technology is seen as an evolution of the VAR technology first used in the 2018 World Cup, and which has proved to be hugely controversial.

It’s been used before now, but the World Cup in Qatar will be the biggest test to date for this system. It involves 22 cameras placed on the roof of the stadium that tracks every player’s exact position on the pitch. 29 points of each player’s body are covered, to make sure that any of their limbs can be spotted if they’re in an offside position.

There are also sensors being fitted to the ball used. They’ll transmit data 500 times every second, to ensure that the exact position of the ball is also known and more accurate decisions can be made. All of this data is then used to create a 3D animated video that will be shown on big screens at the stadium, with decisions made off-field in less than five seconds and the referee advised on how to proceed.

This technology has been praised so far, having been used at the FIFA Club World Cup and the FIFA Arab Cup in 2021. However, the World Cup is set to be its biggest test, as millions of fans around the planet watch the high-stakes games unfold. So every decision is going to be scrutinised closely.

Naturally, offside decisions are particularly important to fans betting on the game. The betting sites in Qatar, such as Rabona and 1XBet, are among the online options that fans can use to wager live on the World Cup. They are typically available in different languages and give a welcome bonus to newcomers. Users can bet on various domestic leagues as well as the World Cup, with the latest technology used to update the odds instantly.

Many of these supporters will follow the action live online, thanks to the streaming options now available to them. With more streaming services and YouTube channels than ever before, there are different ways of watching games live. The first game to take place will be Qatar vs Ecuador on 20 November.

This opening game will be shown on the likes of Fox, Telemundo, DirectTV, and Peacock Premium. It will be the first time that the host nation has played a World Cup Finals match, and interest across the globe will ensure a huge TV audience will be tuned in to watch them play.

This is the first time that the World Cup will take place in the northern hemisphere’s winter season, and the searing heat of Dubai is one of the main reasons for this switch. However, even in November and December, the temperatures in this part of the world can be uncomfortably high for visitors.

This is why the designers of the stadiums have incorporated cooling technology into them. One of the examples of this can be seen in the way that the Al-Bayt stadium was painted white to reflect the heat, which resulted in a significant drop of five degrees Celsius on the pitch. The use of foldable shelters helps too, as they can be opened to maximise the cooling opportunities.

Yet, this was regarded as being insufficient, so an air-conditioning system that uses solar power will be implemented as well, carrying on with the green credentials we’ve seen in the latest technology news in the UK and elsewhere. Known as an absorption chiller, this device traps hot air in it and uses water to cool the air in the stadium.

The football out on the pitch is sure to be the main attraction at the Qatar World Cup. However, by being aware of the different types of technology we’ve looked at here, you can appreciate the immense effort that has gone into making this event a success. 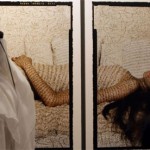 The rise of the Gulf art scene

Big money has turned the Gulf into a showcase for contemporary art. But will censorship stop the scene in its tracks? David Batty reports from Doha