Dreamachine launches one of the largest collections of publicly generated artworks after sell-out London run. - FAD Magazine
Skip to content

Dreamachine, the free immersive art experience celebrated sell-out shows at London’s Woolwich Public Market and Cardiff’s Temple of Peace. It today launches an online gallery of the extraordinary personal drawings and reflections generated by visitors to the experience in those two cities.

Created by Collective Act, Dreamachine brings together Turner Prize-winning artists Assemble, Grammy and Mercury nominated composer Jon Hopkins, and a team of leading technologists, scientists and philosophers. It is commissioned and presented as part of UNBOXED: Creativity in the UK. As part of its UK-wide tour, Dreamachine is presented at Belfast’s Carlisle Memorial Church until 4th September and runs at Murrayfield Ice Rink in Edinburgh from 13th August to 25th September. Beyond the UK tour, there are ambitions to tour the work internationally, with announcements to be made later this year.

Dreamachine takes its audiences on a kaleidoscopic journey through light and sound, which is all experienced through closed eyes, creating a shared multisensory experience that is both highly personal, and collective. The experience is inspired by an extraordinary but little-known 1959 invention by artist–inventor Brion Gysin, designed to be the

Gysin had a vision for his invention to replace the TV in every home in America.  Instead of passive consumers of mass-produced media, viewers of the Dreamachine would create their own cinematic experiences.

The public’s experiences in the Dreamachine have been extraordinarily diverse, and many visitors have had profound emotional responses:

“We were floating and flying in a multidimensional kaleidoscope of the most beautiful geometry, symmetry, and colour.”

“I felt filled with a deep affection for the possibilities of the world and the potential of the human brain.’

“I was struck in the moment that human curiosity and drive into understanding the mysteries of the outer universe alongside our inner world and mind seem to run parallel.”

Another visitor reported that the experience has had such a positive effect on his mental health that he visited Woolwich Public Market twenty-seven times.

Dreamachine was designed to encourage a sense of connection – both with ourselves, and each other. When you enter the Dreamachine, you are invited to leave the outside world behind. The experience has inspired a genuine, childlike sense of wonder at the vast and infinitely rich world that is seemingly all held within us. Our audiences are being shown, for themselves, the unique power of their own mind – which many are finding deeply moving and life affirming.

At the heart of the Dreamachine reflection area, where participants are invited to capture their experience through drawing or writing, is the drawing table. Across London and Cardiff, over 8,000 creative responses have been generated by the public so far, and visitors to the Dreamachine have been fascinated by the similarities, and the differences, in their shared responses.

From today, this extraordinary collection is available to view in an online library dreamachine.world/library where audiences can find their drawing or story, and share their experience with others. This growing library of drawings and stories, expected to reach more than 15,000 by the end of the run, is one of the largest collections of publicly generated artworks in the world and highlights the incredible range and depth of the UK’s collective creativity.

Through a unique collaboration with world-leading neuroscientists Professor Anil Seth and Dr David Schwartzman from the University of Sussex, Professor of Philosopher Fiona Macpherson from the University of Glasgow, and creative technology studio Holition, the diverse range of audiences experiences are also being captured through an interactive tool, guiding audiences through a series of reflections on their experience – from what they saw, to how they felt and what it meant to them. Over 10,000 responses have been collected so far, providing audiences with a deeper insight into their experiences, and generating an unprecedented research base for scientists to explore how we each perceive the world differently.

Dreamachine audiences, along with the public, are also invited to take part in The Perception Census, an ambitious new scientific study into the unique ways in which we each experience the world around us. The study, led by world-leading researchers from the University of Sussex and the University of Glasgow aims to reach tens of thousands of people worldwide, making it the largest study of its kind, and the first major citizen science project into perceptual diversity. This series of online interactive and engaging tasks can be completed at dreamachine.world/perceptioncensus.

The public response to Dreamachine has been incredible, with sell-out attendances and five-star reviews. After London and Cardiff, I’m sure people experiencing it in Belfast and Edinburgh will find it equally as stimulating. What makes it even more exciting is that it is contributing to a major piece of scientific research, which we hope will bring new insights into how the human mind works. Like other UNBOXED projects, it shows the potential of new collaborations across different sectors.

UNBOXED: Creativity in the UK is funded and supported by the four governments of the UK and is commissioned and delivered in partnership with Belfast City Council, Creative Wales and EventScotland.

Tickets for the immersive experience can be booked via dreamachine.world

Dreamachine is one of 10 major creative projects commissioned as part of UNBOXED: Creativity in the UK. The UK’s most ambitious showcase of creative collaboration – across science, technology, engineering, arts and maths – includes free large-scale events, installations and globally accessible digital experiences, and an extensive learning programme reaching millions of schoolchildren. 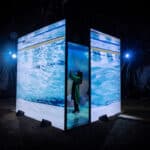 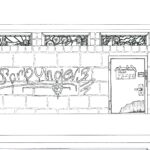