“Opening a space in New York has developed naturally from conversations with the gallery’s artists, who look forward to having an outpost closer to home.”

“Our team has long-standing relationships with curators and collectors in the New York area, but nothing can replace connecting and exhibiting work in person as the last two pandemic years have made so clear.”

Monika Sprüth and Philomene Magers have announced the inauguration of Sprüth Magers, New York, located at 22 East 80th Street on the Upper East Side of Manhattan. Open by appointment beginning June 30th, the space is the new home of the gallery’s New York office, serving as an important tie not only to East Coast institutions and collections but also to the artists of the gallery located in the New York region.

An exhibition of John Baldessari‘s rarely seen preparatory maquettes will open in September, followed by a project with Louise Lawler in November—two artists whose work is represented globally by Sprüth Magers. 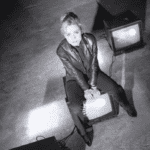