Adobe today announced it is paying tribute to a true creative icon, David Bowie, by launching a new range of Bowie-inspired digital tools across Creative Cloud, encouraging people to freely explore their identities. The tools, created in partnership with Bowie 75, mark both Bowie’s 75th birthday and, later this week, the 50th anniversary of one of his most beloved alter egos – Ziggy Stardust.

The partnership – ‘Adobe x Bowie’ – sees the digitised tools available in Photoshop, Illustrator, Fresco, Substance and Adobe Express. Known for dramatic musical transformations, including his character Ziggy Stardust, Bowie was considered the original ‘chameleon’ of pop, thanks to his ever-changing appearance and sound. While he left behind an impressive musical legacy, which included 28 albums, and was inducted into the Rock and Roll Hall of Fame in 1996, his cultural legacy transcends music and time.

Inspired by his memorable, colourful and vibrant personas, Adobe is using these tools to invite people to explore their own forms of self-expression:

At Adobe, we passionately believe in Creativity is for All, and who embodies that ethos as much as David Bowie? A true icon who crucially believed that ‘art is inherent in everyone’. With these digital tools, we want to lift the limits of creativity and empower artistic expression – inspiring anybody with a story to tell and empowering them to create incredible personas, just like he did..

The digital tools are widely available now, for free and include over 150 graphics, colour swatches, vectors, patterns and stickers, created by Tina Touli, Kae Neskovic, Tabea Mahern and Thomas Hedger. They can be used across Creative Cloud apps, including Photoshop, Photoshop for iPad, Illustrator, Illustrator for iPad, Fresco, Adobe Express and Substance family. In addition, 18 digital brushes created by Kyle T. Webster can be used in Photoshop, Photoshop for iPad and Fresco. You can try out the Bowie Photoshop range here, and share via the #AdobexBowie hashtag.

Bowie 75 is a celebration of the 75th anniversary year of David Bowie, who redefined musical genres and the potential of live performance for generations of music lovers.  Creating and discarding a variety of personae and restlessly challenging musical boundaries, Bowie released timeless albums including The Man Who Sold The World, Space Oddity, Hunky Dory, The Rise and Fall of Ziggy Stardust…, Aladdin Sane, Diamond Dogs, Young Americans, Station to Station, Low, “Heroes,” Lodger, Scary Monsters, Let’s Dance, Heathen, The Next Day and many more.  ? (pronounced “Blackstar”), Bowie’s 28th and final studio album, was released on his 69th birthday—January 8, 2016—and charted at #1 in more than 20 countries (including his first #1 in the U.S.), later winning five Grammy Awards.  David Bowie died on January 10, 2016, two days after the release of ?.  His body of work, his influence on the worlds of music, art, fashion, film, theatre and beyond, and his legacy of fearless innovation and endless reinvention will live on forever. 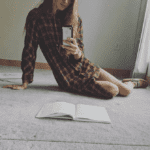