One of the particular strengths of this Fair is the wide span of work on sale from Chris Levine’s platinum leaf portrait of the Queen at Jealous to the early engravings and woodcuts of Dürer. So to help you navigate all the artworks on view, we asked co-founders of the London Original Print Fair Alice St Clair and Helen Rosslyn to pick out 10 prints you should definitely see while at the fair.

6 Alexander Massouras, In a house with nothing to fix, at Julian Page

Other highlights this year include Picasso prints exhibited by Frederick Mulder and works by Frank Auerbach, Francis Bacon and Lucian Freud from Marlborough, notable prints by Christopher R. W. Nevinson and Cyril Power’s famous linocut The Tube Station from Osborne Samuel Gallery. Gerrish Fine Art will show a remarkable complete set of thirteen etchings by David Hockney and Simon Patterson’s 1992 lithograph The Great Bear will be shown by Shapero Modern.

Following the recent record-breaking sale of Andy Warhol’s Shot Sage Blue Marilyn, visitors will have the chance to buy their own Warhol as Hidden Gallery will bring a print of the renowned artist’s Saint Apollonia, signed and numbered in pencil. Shapero Modern will exhibit Swan Engravings, one of Frank Stella’s most extensive printmaking projects to date, including 25 prints published over a three year period. 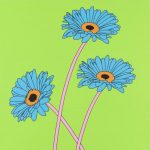 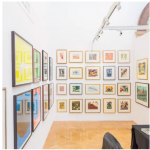 This Friday 1st May 2020, the 35th London Original Print Fair launches online. LOPF Online features Viewing Rooms with an interactive map for all 51 exhibitors and a series of curated exhibitions, to simulate the magic of browsing the Fair. 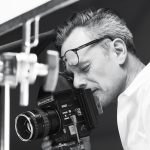 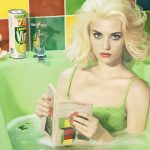