Nick Knight presents an exhibition of key works that span the length and the breadth of his extraordinary career. - FAD Magazine
Skip to content

This year’s Photo London Master of Photography Nick Knight presents an exhibition of key works that span the length and the breadth of his extraordinary career presenting works from the 1980s through to new pieces made this year. Encompassing fashion, portraiture, still life, landscape and the nude — across images manifested as photography, film, painting, porcelain, sculpture and installation — the exhibition is an invitation to consider new ways of looking at the world.

For more than four decades Knight has been at the forefront of creativity in photography, constantly pushing at the medium’s limits to explore its expressive potential. Renowned as one of the world’s most visionary and influential photographers, Knight has always challenged conventional ideals of beauty through images that are both transgressive and poetic. His collaborations with designers, choreographers, editors, models and musicians inscribe a universe that is both dreamlike and revelatory, while his landscapes and still lives of the past decade experiment fundamentally through technology and materials to rewrite the processes of photography. It’s an oeuvre that is in dialogue with art history while being driven by the newest technological possibilities and a sensitivity that celebrates the now and the future.

‘My quest has always been to use photography to show me things I could not see. Photography has been my passport into life, giving me access to people from all backgrounds and walks of life. The same skill set has allowed me to create films, sculptures, and now even virtual versions of our world and ourselves. From politics to AI, I have been able to use the voice that photography gave me to present a vision of our future and find new ways of seeing the world. I would like to use this occasion to demonstrate my enthusiasm for the future of image-making, and how incredibly important it is to realise it’s our purpose to show the world not just who we are but also who we want to be.’

Among the works on view are iconic fashion photographs from the ’80s, ’90s and 2000s for designers such as Yohji Yamamoto, John Galliano and Christian Lacroix, including the iconic multi-figure image Blade of Light for Alexander McQueen (2004); Knight’s Rose Photo Paintings and a motion image work made in the past decade; and two new pieces occupying central positions in the exhibition: a mountain landscape that recalls Caspar David Friedrich’s Romanticism in evoking man’s relationship with the sublime; and a vast sculpture featuring female figures created by fusing photography and 3D printing that resembles the intricate figuration of Old Masters, their intertwined fleshy bodies summoning a Rubenesque sensibility that subverts the current fashions.

Props such as clothes, smoke, animals (in the works British Birds from 2008 and Snakes for Alexander McQueen, 2009) and pigment — for instance in Pink Powder, Lily Donaldson wearing John Galliano (2008) — merge real and fantasy in Knight’s work; while his pioneering adoption of digital image-making and material investigations of the photographic image has dissolved the boundaries between mediums. For his Roses from my Garden images, for example, he first photographed cut flowers in natural daylight using just his iPhone and then processed these through a groundbreaking AI technology which adds in data using a software trained with millions of sample images, performing around two million operations per pixel to give results with as much detail and sharpness as is possible. Knight then meticulously brushes the original, softer version in with this sharper image to create breathtaking prints that appear part photograph, part painting. Flowers picked from the artist’s garden thus acquire the delicate luminosity of C17th and C18th Dutch still lives, encapsulating a melancholic vision of beauty in decay.

His Rose Photo Paintings meanwhile employ an accidental discovery in their making — the use of a non-absorbent paper and a carefully controlled environment that allows the ink to flow naturally during printing, followed by Knight’s manipulation and overpainting of these compositions to literally blur the lines between painting and photography. In contrast, in the moving image work The Sound of Light’s Own Destruction II (2017) which shows fireworks exploding within the confines of a sphere, Knight’s manipulations are conceptually orchestrated, commenting on how destructive it can be to contain and suppress beauty.

Together the works convey an energy that reaches back to the past and through to the future.

‘My fascination with sculpture comes from what traditionally sculpture represents for society — who is made into a sculpture and what that says about our values. Fashion is almost by definition transient whereas sculpture is permanent and I love the idea of mixing these two dynamics together. The women in this sculpture are representations of beauty and of desire and reflect a new feeling of inclusiveness and broadening of what the fashion world thinks of as “acceptable beauty“ that is becoming much more present in fashion. It is something I have repeatedly championed, so I am thrilled to make this shift into something that feels permanent. A statement not just a trend.’

Knight explains about his new work. 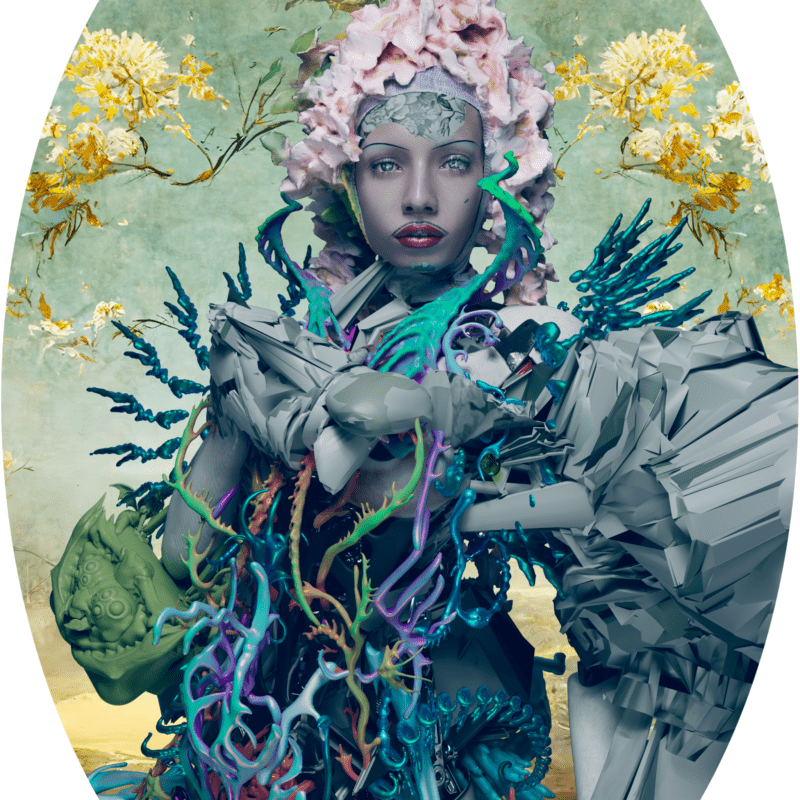 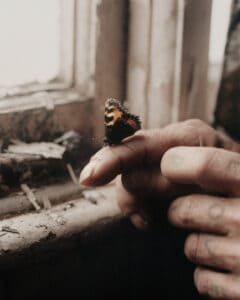 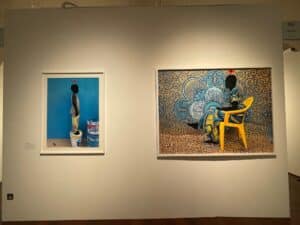