NFTs are like another color in my artist palette. They’re a new way for me to communicate my obsessions with fame, shame, and color with the world.

Young has waited until now to translate the visceral, analog processes of his work into NFTs that elicit the same sense of immediacy and raw material as his signature artistic practice. The NFT will also be viewable on an IRL screen display at Taglialatella Gallery’s New York location.

Marilyn Crying is sourced from one of his most iconic works depicting Marilyn Monroe in an evocative state that speaks to a major part of Young’s overall practice exploring stardom, excess, and the complicated nature of the American Dream. Young hand-mixes and titles each of his original colors. These colors are sourced from around the world, from a mountainside in Waimea Canyon, Kauai, to a pigment shop in Florence that dates its lineage to pre-Renaissance times.

Marilyn Crying consists of 100 original colors derived from his silk screen paintings with over 1,000 variations which he mapped himself, creating the formula without the use of a generative algorithm. Each of the panels of Marilyn Crying is a photograph of an individual silk screen painting, in which Young rigorously reflects the raw, hands-on nature of his craft. Young’s artistic vision behind Marilyn Crying recalls the same analog processes he uses in his physical works, such as grinding natural elements into pigments, using Pacific seawater and rain as a corrosive, and the streaks that often occur when hand-pulling silk screens. It was important that the physicality and labor-intensive aspects of his work come through in this NFT.

By entering the metaverse with SuperRare, Young is able to encapsulate the entirety of his storied career in ways that were not available to him before. With its elements of repetition, transition, and movement, Marilyn Crying traces Young’s roots photographing the music scene of 1980s London to filming over 100 music videos in MTV’s heyday in the 1990s to hand-painting and hand-pulling hundreds upon hundreds of silk screen paintings today.

Young’s work is included in many prominent private and institutional collections including those of Elon Musk, Mark Zuckerberg, Barack Obama, David Bowie, Drake, Angelina Jolie, David Hockney, Kayne West, Brad Pitt, and others, as well as The Getty Collection in Los Angeles and The White House Collection in Washington, D.C.

About the artist
Russell Young is a British-American artist best known for his large scale silk screen paintings that have been collected by the likes of Barack Obama, Elon Musk, the Kardashians, Drake, Brad Pitt, Joaquin Phoenix, Kate Moss, and many others. His first breakthrough was his photography of George Michael for the sleeve of the album Faith in 1987. Young photographed many music stars throughout the years including Morrissey, Bruce Springsteen, Bob Dylan, REM, The Smiths, Bauhaus, Diana Ross, Paul Newman, Björk, and many others. He also went on to shoot over 100 music videos for leading artists during MTV’s height in the 1990s.

Young’s current practice started with his sold-out show Pig Portraits in Los Angeles in the 2000s, when he began screen printing and incorporating his famous use of diamond dust. The many series that have followed have exhibited across the world in numerous galleries alongside masterclass artists, institutions, and cultural figures.

About SuperRare
Founded in 2018, SuperRare is a pioneering, curated marketplace for high quality NFT artworks, built on the Ethereum blockchain. Nearly $200M worth of NFT-based artworks, also known as ‘CryptoArt’, have been bought and sold on the platform, with artists earning revenue on both original sales and resales. A destination for digital discovery and with the unique proposal of only single editions, SuperRare was created with the goal of empowering the next generation of artists through technology and has facilitated artists and collectors around the world to sell and purchase digital artwork. SuperRare recently launched the new $RARE curation token, converting the SuperRare NFT marketplace into a community governed network of galleries, decided on by community vote. superrare.com/rare

Tomorrow is the global launch of Gap’s first collection of NFTs. For this launch, the brand is introducing a gamified […]

The 21st century has seen an increasingly rapid move towards a more digital world. 2021 was no different and marked […] 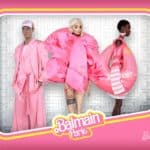