It’s easy to view math as a complex and difficult subject that is only applicable to the math field. On the contrary, math is an interactive subject that cuts across every other field. Art and math are interrelated and both art and math concepts can be expressed in either.

The two disciplines require the individuals involved to have skills such as spatial reasoning and recognizing patterns. Both fields involve drawing shapes using geometry, measurements, and proportions. The following math expressions can be found in art.

The snow art by Simon Beck

Arts education and writing play an important role in the development of art and artistic expressions. One such expression is snow art created by Simon Beck. He was inspired by the snowscapes found in the Alps mountains.

Becks artistically created them using a compass, paint, and ruler. The shapes represent perfectly calculated angles. He chose to use mathematics concepts because he thought the patterns were simple to draw.

During an interview with the guardian, Beck said he just needed to follow simple math rules without the need to constantly refer to diagrams. He had memorized the concepts and just needed to apply them in his drawings.

Who sees art in math

It’s easy to learn math and solve math problems if you understand the formulas right. Some of the formulas are how to solve non-right triangles. Recently, there has been more and more mathematics in art because so many people are becoming more and more interested in art. When they do their geometry homework as students, future art historians see something of art in every figure they draw, but they don’t see the solution because they think only about art. In such cases, you can ask questions or help with geometry questions and answers on PlainMath to spend more time on art. It’s a great resource used by students from all parts of the world.

Study for stars by M.C Escher

Escher lived in the early 19th century and loved to study the stars. After a series of studies, he draws expressions of his observations on wood and some of his works have amazed mathematicians to date. He didn’t have a computer at that time and he used simple tools to draw, yet the shapes were stunning.

One of his most amazing artistic expressions is the study of stars art which lives to date and has inspired artists in the field of graphics. The 1948 drawing uses simple but abstract math created in 3-dimension shapes. He uses cones and tubes, triangles, hexagons, and other polygons.

Salvador Dali might be called an absurd painter because he created a lot of shapes using geometry. He created various shapes such as rectangles, cones, hexagons, interlocking circles, and triangles.

One time he was interviewed and asked what was in his mind when drawing the shapes. He said for each shape he drew, he had geometry in his mind. He created his first lines into a geometrical shape and built on them to produce the most intuitive shapes.

Pieces of Pi by John Sims

John Sims uses math to draw his art expressions. He lives in Sarasota and gets inspiration for his arts, mainly from culture, politics, and mathematics. One of his arts is the pieces of Pi which were inspired by the math formula Pi, which calculates a circle circumference using its diameter.

The Pi is constant in every calculation and does not change. His pi art expressions are through shapes that are constant throughout the display. According to Sims, math in art can connect individuals to mathematics in the most unexpected ways. He said he didn’t struggle to create the pie because, to him, it was the natural thing to do.

Hamid is from Iran and he uses math concepts to create art illustrations through his computer. He uses an application to draw the shapes after changing some codes in the program.

According to him, sometimes, he has no idea of what he is creating but only tweaks his program data and lets it do the rest. After each successful creation, that’s only when he realizes what he created. He is generous to share the math formulas he uses to create with anyone willing to try them out.

When artists engage in creative activities, they develop several skills and discover things they could never have imagined before. They develop their cognitive, social, and creative skills. Developing art skills help artists develop their math skills and they use various math concepts to create artistic expressions.

Brandon Kryeger works for a tech company as a senior research writer and data interpreter. His outstanding skills with data and researching also make him a great academic writer, where he has helped numerous students do essays and research papers. His free time is for cycling, meditating and playing computer games. 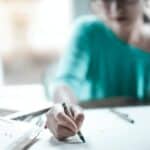 Writing an Artist Statement – the Know-How

Wherever you’re designing pictures for Betterwritingservices, crafting various graphics, putting together collages, painting, or doing any other creative work, you […] 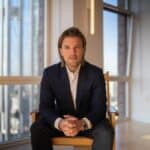 Always wanted to invest in art but didn’t know where to start? MagnusClass can help.  This online class provides you […]

Writing about Art: An Ultimate Guide

Essays on art are a little bit different to any other subject. Art is a field that allows creativity, and […] 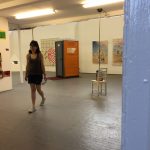 Slade School summer show: the ones to watch.

The Slade’s graduate show contained enjoyable work of a good standard, a lot of flat colour plane figurative painting but some work I found thrilling. There is a growing fondness in art for creating sculptural installations as sites for performance; I kept happening upon signs saying “Next performance…”