The theme of this project is a nod to author Ursula K. Le Guin’s essay “the carrier bag theory of fiction”,  critiquing “the thrust and parry of heroic narrativity, touting the tote, as opposed to weaponry, as the most significant human—and, metaphorically, literary—invention”. The work by Wickerham & Lomax at Maison  Margiela Crosby Street is comprised of multiple depictions of a bag, ranging in complexity from the tote bag to the luxury product, with each titled after and dedicated to a defunct Gay bar in the artists’ hometown of Baltimore, Maryland.

Each piece is a direct UV print on mirror and housed in a wooden artist frame with furniture handles installed  on its sides to reference the handles of a bag. Shown together, the works are one in an edition of two, with  1/2 sold as individual works and 2/2 sold as a set. The Wickerham & Lomax installation at Maison Margiela’s  Crosby Street store is part of an ongoing artist program. Previous installations included Nude Descending a  Staircase No.3 by Marco Brambilla, Cardboard Monsters by Tom Pruitt, and Tabor Robak’s Jumbotron.

About the artists
Wickerham & Lomax is the collaborative name of Baltimore-based artists Daniel Wickerham (b. Columbus,  Ohio, 1986) and Malcolm Lomax (b. Abbeville, South Carolina, 1986). Their practice is based on the accelerated exchange of frivolous information, gossip, and codified language that crystallizes into accessible forms in hopes of giving dignity to that exchange.

Wickerham & Lomax are new media artists focused on the impact of cultural practices and productions as formative structures on the individual and the collective. Since 2009, they’ve utilized digital imagery,  sculpture, CGI, video and the web –– to work across diverse media, curatorial platforms, and institutional contexts. The work presents questions of identity and the body, focused on the impact of digital technologies and social spaces on the formation of subjectivities and speculative corporealities. The collaborative has created an approach that allows components of their projects to work through a networked sensibility.  More recently exhibitions have evolved to function as containers of swarm-like indexes, with each sign forming covalent bonds with those around it. Through employing queer sensibilities, speculative fictions,  and networked virtuality the duo presents a discourse focused on identity, subculture, marginality, and connectivity as a way to complicate mainstream tropes. Wickerham & Lomax are influenced by queer theory,  speculative fiction, human geography, and socio-political as it relates to urban space.

Wickerham & Lomax are the recipients of the 2020 Trawick Best in Show prize of the Bethesda Contemporary  Art Awards and the 2015 winners of the Janet and Walter Sondheim Prize. They are represented by von ammon co, Washington DC. 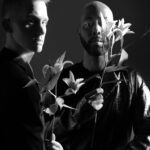 CULTURE’S PANIC ROOM is an immersive and mesmerizing exhibition by the emerging American artist duo Wickerham & Lomax. Coinciding with […] 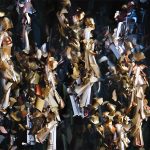