“My work Chalice transforms a disposable cup into a golden vessel at a heroic scale mimicking a religious reverence and our instinct to seek out higher meaning.  Giving form to feeling about our individual and collective responsibility for the mounting climate crisis, the work asks each viewer, what is it that you believe in?”

Chalice expands on the motif of the artist’s iconic Solo Cup series, highlighting the social, environmental, and cultural complexities behind this ubiquitous American consumerism object. The Solo cup reflects a consumer culture defined by optimism and abundance, it is convenient, low cost, and tossed after one use. Crown reminds us of our joint responsibility to address this challenge.

The Chalice itself is a Solo Cup twisted into the shape of the religious goblet, shifting in materiality, scale, and presentation. The monumental sculpture provokes a mannerist, twisted iteration of the cup. The 7-foot monument is made of painted fibreglass yet gleams golden, calling to mind the mythology around religious objects; the Holy Grail of Arthurian literature, or the Holy Chalice of Christianity, commonly represented in Renaissance paintings of The Last Supper. While the golden vessel at such a heroic scale mimics a religious reverence and our instinct to seek out a higher meaning, it most importantly asks its viewers how they will choose to address the mounting climate crisis.

About the Artist
Paula Crown (b. Marblehead, Mass) is a multimedia artist incorporating cutting-edge technology, social activism, and a
commitment to sustainability in her studio practice. Crown holds an M.F.A. in painting and drawing from the School of the Art Institute of Chicago. Her solo exhibitions include the Aspen Institute (2013), Dallas Contemporary (2014), Marlborough Gallery, New York (2015), The Goss-Michael Foundation, Dallas (2016), 10 Hanover, London (2017), Studio Cannaregio, Venice (2018) concurrent with the 16th Venice Architecture Biennale, and Fort Gansevoort, New York (2018). Recent public art installations include; JOKESTER in Aspen, CO (2018), Milwaukee, WI (2020); and the Miami Design District, Miami, FL (2018); #solotogether (Messages for the City), Times Square Arts, New York, NY, which traveled to the Mint Museum, Charlotte, NC (2020); and What Are You For?, For Freedoms Awakening Billboard, Boston, MA (2020). She has participated in several group exhibitions internationally, notably For Freedoms at Jack Shainman Gallery, New York, NY (2016); For Freedoms: Where Do We Go From Here? At The International Center for Photography, New York, NY (2019); and This is America | USA Today at Kunsthal KAdE, Amersfoort, NL (2020). Crown’s works are in numerous public and private collections including Agnes Gund Collection, NY, Tishman Speyer Collection, NY, and The Goss-Michael Foundation in Dallas, TX. In 2009, President Barack Obama appointed Crown to the President’s Committee on the Arts and the Humanities. She is a member of the board of trustees of the Museum of Modern Art in New York, where she chairs the Education Committee. She also serves on the Aspen Institute Committee of the Arts. Crown lives and works in Aspen, Colorado and Chicago, Illinois.

About SPRING/BREAK Art Show
SPRING / BREAK Art Show is an artist-run annual exhibition in the form of an art fair. It continues its mission by offering free exhibition space to independent curators and low participation fees for galleries in order to foster exploratory exhibitions in atypical art environments, and encouraging focused programs on emerging and mid-career artists, as well as installation, performance, interactive and video work. 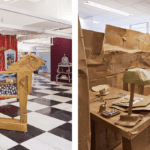 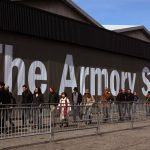 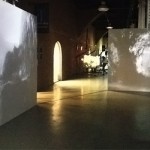