Rough Trade Books has just released The ‘ART’ Series a series of Pamphlet books and a Card Game -.
Full info below.

The art world is a bit broken. So many problems, such little time. Between January-April 2021, we plastered the distilled thoughts of years of writing on billboards and posters across the UK. We wanted to plop these aphorisms out there, as simple, feasible solutions; almost to prove how easy it can be if change is sincerely sought.

The ideas are not radical, and they’re not new. They’re just six Very Good Ideas that we think you should listen to. In this pamphlet, we’ve listed the six ideas and taken the time to explain why we think they are, in fact, Very Good Ideas.

There could have been hundreds. Maybe there should have been. But these were the initial ideas for a new art world we went with. We hope they’ll make you think about more Very Good Ideas too.

BIO – The White Pube is the collaborative identity of Gabrielle de la Puente and Zarina Muhammad under which they publish reviews and essays about art, video games and food. You can find them at thewhitepube.com or on twitter and instagram at @thewhitepube.

BEEF! is a simple card game for two or more players where you are required to find the other half of a feuding couple. The aim is to collect as many pairs as possible. Based on our love of the cult Go Fish! game, the artist Wilfrid Wood here imagines the pairs as sets of antagonists in popular culture’s seemingly endless beefs, simultaneously creating a new deck and form for his subtle illustrations. A pairs game for the contemporary age—a satirical artwork for an epoch of never-ending arguments, spats and tantrums.

BIO – After dumping a career in graphics, Wilfrid plunged into prop making at cult classic British TV show, Spitting Image. Here he learnt his trade as an ‘apprentice headbuilder’, starting in the ‘Eyeballs and Blinks’ department then moving on to ‘Dogs and Sheep’. Twenty-five years later he is now a portrait artist. His subjects are celebrities, invented characters, friends and strangers. He studies characters in the supermarket, in the news and on the bus. Wilfrid Wood is commissioned to make both 3D and 2D portraits, regularly drawing people in his Hackney studio. You can find him on instagram @wilfridwoodsculptor.

BEEF! is a simple card game for two or more players where you are required to find the other half of a feuding couple. The aim is to collect as many pairs as possible.  Includes 52 playing cards + 1 instruction card.

Rough Trade Editions 46 – Robert Rubbish The Poetess Of The Pyramids: Notes Towards A Fictional Memoir

An Egyptian poet exiled in Paris becomes the best-known female surrealist poet and author of 16 books of poetry. The Poetess of the Pyramids explores her inner world, her thoughts and the experiences of her colourful life told through a series of imaginary notes toward her memoirs, sketching a portrait of our hero, her days spent smoking cigars on café terraces and drifting across the city of light searching for objects of desire and magic with the lion at her side.

BIO – Robert Rubbish studied at the Royal College of Art in London and is noted as one of the founders of the hugely influential Le Gun magazine. He has produced largely autobiographical works across a range of different media such as film, posters, typography, drawings and paintings and rose to prominence as part of the semi-fictitious artist duo ‘The Rubbishmen’ who inhabited the salubrious drinking dens and sleazy underworld of London’s Soho. His new works, inspired by Paris, continue to explore his fascination with bohemian intellectualism using humour and wit. You can find him on instagram @robertrubbish.

Synopsis – In a series of humorous, wry and deceptively wise reflections, Babak Ganjei presents us with a radical new take on the artists’ manifesto. Examining motivation, inspiration and influence, these deft pieces of prose flesh out the internal life of a working artist right now. In Art is The Thing Nobody Asked You To Do, Ganjei attempts to make sense of why he does the things he does, and tries to convince himself it’s ok for it to work out. You can find him on instagram @babakganjei.

BIO – Babak Ganjei graduated with a BA in Fine Arts from Central Saint Martins in 2001. Since then, he has been working independently as an artist and musician, writing comic books and making comedy shorts for Channel 4 and hosting regular radio shows on NTS. After sending his first email in the college library he vowed the ‘internet’ would never take off and has been one step behind ever since.

About Rough Trade Books
Rough Trade Books is a publishing venture in the mould of the pioneering independent record label. Bringing the same original spirit and radical direction to the world of book publishing.

Since launching in June 2018, Rough Trade Books have produced over 50 pamphlets known as Rough Trade Editions, an accompanying tarot deck plus a visual and cultural compendium all about John Carpenter’s cult film, They Live, a beautiful book about visionary artist Madge Gill as well as a small book series on the legendary, grassroots Brixton-based music venue The Windmill, Enya: A Treatise on Unguilty Pleasures by musical genius Chilly Gonzales as well as highly praised auto-fiction memoir, In The End, It Was All About Love by Musa Okwonga—bringing together the very highest calibre of artists, writers, poets, musicians, photographers, illustrators and thinkers producing work relating to their relationship with the counter-culture. 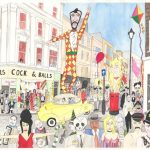 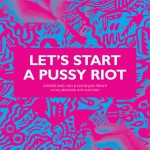 The book includes an exploration of the concept of Future Feminism, asking how we can move forward and unite different voices and generations to create an inspiring dialogue. 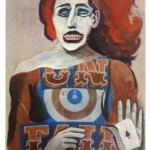