To call a person a soft touch is to suggest that they are easily persuaded or manipulated. The phrase is shorthand for easy prey, a pushover, a sucker. In this world, to be a soft touch seems like a bad thing.

The eponymous Stalker in Andrei Tarkovsky’s film tells us that “hardness and strength are death’s companions. Flexibility and softness are the embodiment of life.” Hilde Bouchez writes about the sense of touch that connects us to the material world. She looks to the craftsperson as a figure who, through touch, brings into being a harmonious, almost seamless relationship with the physical world around them.

It is through our softness that we encounter and relate to the world around us. It is with physical touch that we can learn about and engage with the world through our bodies. If we could switch it off, if we could become rigid and numb – physically or emotionally – where would this leave us?

This exhibition features work by thirteen artists who invoke both of these things. Formally, they provide evidence of the artists’ sense of touch: stray flecks of ink, deft pencil marks or impressions left by palette knives in oil paint betray the existence of a physically existing person behind the image. Conceptually, they are soft – referencing tender feelings or depicting moments of unguarded emotion. 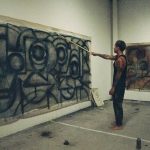 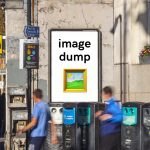