Ahead of the BFI European premiere of ‘The Milkmaid’, director Desmond Ovbiagele Speaks to Lee Sharrock - FAD Magazine
Skip to content

Nigerian militant group Boko Haram came to the attention of the world in 2014 when the extremists kidnapped 276 sleeping schoolgirls from their dorms. Boko Haram – rough translation ‘Western education is forbidden’ –  is a terrorist organization based in Northeastern Nigeria, who oppose the Westernisation of Nigerian society, and demand the establishment of an Islamic state in Nigeria. When Boko Haram kidnapped the schoolgirls – who became known as the ‘Chibok girls’ – the shocking incident sparked international outrage and a #bringbackourgirls campaign supported by global figures such as Michelle Obama.  Seven years later and around 100 of the girls are still missing. The spotlight of the media has moved on, but the kidnapping of innocent children continues, and as recently as this month gunmen kidnapped 140 schoolchildren from a boarding school in North-western Nigeria.  A recent United Nations report estimates that the 12-year conflict in North-east Nigeria has contributed to the deaths of nearly 350,000 people – more than 90% of whom are children.

A new film directed by Desmond Ovbiagele aims to shine the spotlight back on the extremist activities of Boko Haram, and make the world pay attention. Set in rural sub-Saharan Africa, The Milkmaid centres around Fulani milkmaid Aisha, who is looking for younger sister Zainab. Aisha has no choice but to make contact with the militants who caused her to be separated from her sister, and the film shows some of the unimaginable suffering of the men, women and children who have fallen victim to extremism.

The Milkmaid is a tough watch as the subject matter is so devastating, made more heart-wrenching because it’s based on reality. however, this is undoubtedly an important film to make to draw attention to these crimes against humanity. The United Nations have identified sexual violence as a tool of war, with UN Special representative on sexual violence in conflict, Ms. Zainab Hawa Bangura commenting: “Sexual violence in conflict needs to be treated as the war crime that it is; it can no longer be treated as an unfortunate collateral damage of war.”

In March this year, Amnesty International interviewed 22 people in a cluster of villages in Northern Borno state that Boko Haram has repeatedly attacked since late 2019. Osai Ojigho, director of Amnesty International Nigeria said: “As Boko Haram continue their relentless cycle of killings, abductions and looting, they are also subjecting women and girls to rape and other sexual violence during their attacks. these atrocities are war crimes.”

Lee Sharrock: It’s a dark and devastating film, yet compelling because of the incredible strength, poise and resilience of the women at its centre. what was your motivation behind making this film, is it to bring international attention to the dangerous religious extremism of boko haram that continues to endanger the population of northern nigeria?

Desmond Ovbiagele: Following the initial international outcry that greeted the kidnapping of the Chibok schoolgirls in 2014, the world sadly seemed to have moved on, whilst the atrocities continued to rage on with little to no succour directed toward the mounting numbers of victims. So a keen motivation for making the film was absolutely to highlight the continuing dangers of religious extremism and the plight of those most affected by it (not just in Northern Nigeria but increasingly in several other African countries), and to humanize the regular drone of casualty statistics.

You filmed in Taraba State, Northern Nigeria, and found yourself and the crew and cast under suspicion of being insurgents, resulting in being detained and beaten. How did you get yourselves out of this situation and complete the shoot?

After the detention of our crew, we spent about a week attending a series of inquests held by security officials, attempting to clarify the nature of our project and repudiate any insinuations of diabolical intent that arose from the sighting of our somewhat authentic production items that were discovered on the crew bus. We were eventually able to win over suspicions and effect the release of the crew, but considerable damage had already been wrought on a majority of our costumes and props which had to be replaced at considerable cost before continuing with the shoot.

The film features young women who unwillingly become wives of Boko Haram fighters – one is only 15 and the 5 year old daughter of one of the warlords has already been married off and will be consummated at puberty. It’s completely heart-wrenching to watch, and I can’t imagine what horrors these women have endured. Why do you think women are so often a collateral damage of war, and do you think the activity of the UN and Amnesty in highlighting these war crimes is having any effect?

The phenomenon of war itself typically involves a willful use of force and violence that always extends beyond the direct combatants to include others in close proximity. The conflict of religious extremism is no exception, with the same application of arbitrary force in slaughtering the men and abducting and abusing the women. The perpetrators clearly have no allegiance to any accepted war conventions or protocols, and I’m not aware of any evidence that proves the highlighting of their war crimes has served as an effective form of deterrence to their atrocities.

When was the film shot, how long was the shoot, and did you shoot on film or digital?

Principal photography lasted for 11 weeks and was concluded in the second half of 2018 followed by a lengthy post production period. the film was shot on digital.

There is a real naturalism about the cinematography and the performances feel incredibly authentic – who was the Director of Photography, and were the actors people you discovered through open castings?

The DoP was Yinka Edward, one of Nigeria’s foremost Cinematographers, who is presently based in Manchester. Most of the actors were discovered through open castings with the exception of one of the female leads, Maryam Booth, a rising actress in Nigeria’s Hausa language film industry.

Who is the music by at the end?

The music at the end is an original composition from the film composer, Michael Ogunlade.

Are Hauwa Mohammed Liman and Saifura Hussain Khorsa, who are mentioned in the end credits, the women whose experiences this film is based on?

No, these two young women just happened to have been abducted by extremists in North-Eastern Nigeria whilst carrying out their duties as aid workers at around the same time we were about to commence principal photography, and unfortunately, they lost their lives shortly after we had wrapped. We felt that the outcome of their fate represented the inhumanity and gross injustices committed regularly by the extremists on a wide swathe of the vulnerable and disadvantaged, and we sought to find some little way to commemorate them.

Tickets are available for the BFI screening on Saturday 10th July: HERE
www.milkmaidmovie.com Watch the trailer below: 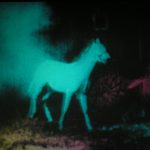 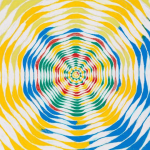