WeTransfer, the digital suite of tools for the creative process, reveals a never-before-seen digital manifestation of performance artist Marina Abramovi?’s acclaimed ‘The Abramovi? Method’ which explores the importance of performance art and its application to our everyday lives. Through a series of new video material commissioned by WePresent, WeTransfer’s digital arts platform, the renowned artist shares her wisdom on cultivating inner strength, concentration and endurance as part of an exclusive year-long collaboration.

Abramovi? will personally guide viewers through four iconic exercises that define her unique Method with new videos in an immersive online experience designed by WeTransfer. From rice-counting to the artist’s signature mutual-gazing, a dedicated space on WeTransfer will host the experience indefinitely, available to its community of 80 million people worldwide to access 24/7 – all day, every day. Transcending time zones and geographical borders, this is a private performance by the world’s most prolific performance artist in your home, wherever you may be, as she invites you to join her in participation.

Marina developed her Method over decades of creating performative and immaterial works, and this new digital iteration designed and built by WeTransfer offers viewers the first interactive experience with the artist herself. WeTransfer created a custom video player that incorporates interactive animation and audio to guide viewers through Marina’s Method in the most engaging way.

This new phase follows the artist’s guest curatorship on WePresent earlier this year, through which she spotlighted five rising performance artists around the world. In September, Abramovi? will share her ‘Time Capsule’, an everlasting body of references, ideas and objects through a hybrid physical and digital format which will continue to inspire us and future generations, while giving us a glimpse into her artistic universe. Similar to WeTransfer’s digitisation of the Royal Academy of Art’s 252nd Summer Exhibition, this new digital experience continues WeTransfer’s legacy as a supporter of creativity and the arts.

“To be a performance artist, it’s a very difficult task. You need lots of preparation in order to make long durational performance work. So I developed different exercises to help myself generate willpower and concentration, crossing physical and mental limits. Later on, I understood these exercises can serve not just me but any profession in the world and so I turned these into something I call The Abramovi? Method. Following a year during which reconnecting with ourselves has never been more important, I’m delighted to share these with the world on WeTransfer’

Marina Abramovic’s ‘The Abramovi? Method’ will be live on WeTransfer from 15th June as part of the artist’s year-long collaboration. The experience is commissioned by WePresent and designed by WeTransfer. 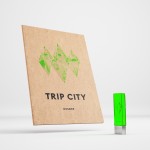