BALTIC Centre for Contemporary Art will open a major solo exhibition by multidisciplinary artist Sutapa Biswas in late June. Spanning Biswas’ extensive career, the exhibition will include a major new film commission titled Lumen. A companion exhibition will take place at Kettle’s Yard in autumn 2021. Developed in partnership, these exhibitions will provide the most substantial survey presentation of the artist’s work in seventeen years.

Since the early 1980s, Biswas’ works have explored themes of time and space, particularly in relationship to gender, identity and desire. The exhibition will demonstrate the artist’s acute commitment to addressing questions of identity and ideas of dislocation and belonging, through the display of drawing, photography, performance, installation and the moving image. Several works included in the exhibition address recurring themes of motherhood and colonial histories.

Biswas was a vital contributor to the Black Arts Movement in Britain – her work first came to prominence in the landmark exhibition The Thin Black Line curated by the artist Lubaina Himid at the Institute of Contemporary Art, London in 1985. Interested in exploring the often complex relationships between colonial histories and gender, race and class, Biswas investigates both personal and historical narratives, disrupting, challenging and reimagining the canon of Western art history. Renowned art historian Griselda Pollock has said that it was Biswas who ‘forced us all to acknowledge the Eurocentric limits of the discourses within which we practised’.

The exhibition at BALTIC will consider recurring themes in Biswas’ work such as motherhood, migration, memory, loss and temporality through drawings, photography and the moving image. The selection of works will draw on her own personal history and family relationships. In the photographic series Synapse I (1992–94), her body becomes a site for projected images taken during her first return to India since moving to the UK in 1966, including a snapshot of the landscape around her grandmother’s house and other psychological cartographies the artist yearned to recover. In the two-screen installation of the film Birdsong (2004), inspired by the first sentence spoken by the artist’s son, Biswas conjures a magical imaginary world where a horse lives with them in their living room. Other works such as the haunting film Magnesium Bird (2004), featuring birds sculpted from magnesium ribbon being ignited at dusk in the setting of the Victorian walled gardens at Harewood House in Yorkshire, and the artist’s ongoing series of delicate bird drawings, Time Flies (2004–2021), which reflects on a written passage by Marcel Proust, are a moving tribute to her late father.

The exhibitions at BALTIC and Kettle’s Yard will premiere a new film titled Lumen (2020–21) that maps a semi-fictional narrative of migration. Filmed on location in India and England, Lumen summons Biswas’ maternal ancestors through a monologue written by the artist, evoking memories of the artist’s journey by sea between Mumbai and Southampton, when her family emigrated under difficult circumstances. The artist’s personal history overlaps with other maritime histories, from the Atlantic and Indian Ocean slave trades, to post-emancipation British colonial trade and post-colonial migration. The work also draws on the long histories of transit associated with the River Tyne which flows adjacent to BALTIC, and the material resonances of maritime trade at Kettle’s Yard, in the form of seventeenth century delft tiles in the collection. 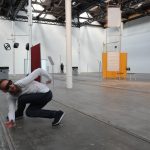 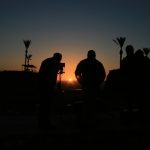 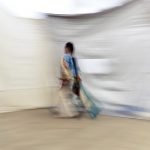 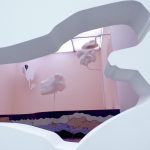