Mining for commercial gemstones causes contaminated water, releases toxins into the air, erodes soil and destroys vegetation. Hazardous chemicals used to extract and process the gemstones can leak into the environment, even harming local human populations. Art collective Guardiol is launching a synthetic gemstone which is created from a blockchain algorithm to protect biodiversity and the environment.

These virtual stones are launched as non-fungible tokens (NFTs) with a notable part of proceeds reinvested in organisations that protect natural resources. Guardiol aims to stop the negative effects of sourcing gemstones by replacing them with a digital alternative for modern collectors worldwide.

The digital revolution sparked by NFT

NFTs have been growing in popularity fast. These digital works have certified ownership on the blockchain and therefore can be collected, traded and privately displayed. A true digital alternative for many physical items. The ‘non-fungible’ part means that they are unique; Bitcoin for example is fungible, it can be traded for any other Bitcoin. With NFTs, owners can verify that they have unique works and they are therefore valuable to collect.

NFTs seem to empower a new digital revolution. Forbes reported recently that the market grew almost 2000% in the first months of 2021.

The devastating effects on the environment from gemstone sourcing is the foundation of Guardiol’s mission to use NFTs for a good cause. A spokesperson for the collective, who wishes to remain anonymous just like the rest of his team, explains:

“We have a firm belief that NFTs will change entire industries for the better”, he, who goes by the name YY, says. “One of the most obvious problems we wanted to take on is the destroying nature of the gemstone trade. As many of these stones are sourced for the simple reason of displaying, we feel that this needs to change. Guardiol is completely digital, but sourced in the ‘underground’ of blockchains code to mimic the sourcing process and create fragments that are truly unique. So that they can be displayed and hold clear value.”

Guardiol will initially launch 25 digital gemstones through a platform to be announced. For more information: guardiol.com 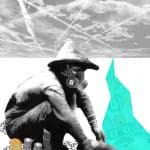 Bonhams has announced the world’s first curated collaboration between a digital art platform and an auction house, offering for the first time an exclusive sale of NFTs in partnership with SuperRare 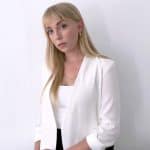 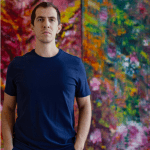