E-WERK Luckenwalde has announced its first project of 2021, in the third year of programming at the world’s first arts institution powered by 100% CO2 neutral energy Kunststrom. E-WERK will open in May with a new commission and exhibition by Berlin-based artists Peles Empire, a collaboration between artists Katharina Stöver and Barbara Wol. The interdisciplinary body of work, inspired by the building’s history and its recent transition, opens on 1st May 2021.

Peles Empire have created new work for both the building’s flagpoles and E-WERK’s 360m2 Turbine Hall. The exhibition will be on show until 18th July. The flagpole commission will remain on E-WERK’s flag poles until the end of December 2021.

The artists were invited to produce work in response to the building’s historic flagpoles at the entrance of E-WERK Luckenwalde. E-WERK’s Flag Commission is an annual commissioning opportunity for an artist or collective to create an outdoor installation inspired by and for display on the three historic flag poles, which stand at the building’s impressive entrance that heralded the building when it functioned as a coal power station.

Peles Empire will also present a new series of large scale sculptural ceramic and jesmonite works in E-WERK’s Turbine Hall. For this body of work, which connects the history and future of the power station, Peles Empire have created jesmonite panels using samples of archival coal dust from the former fossil fuel power station, which have been cast in the material entropically.

These will be displayed alongside new large scale ceramic works, which pictorially reference early experiments with electricity from Ancient Egypt and Greece. Some of these ceramic works will be fired directly in Performance Electrics’Kunststrom wood-chip oven, which, since 2019, has provided renewable electricity to the entire building, contemporary art programme and the German National Grid.

Some works will also be fired in a pit fire in E-WERK’s grounds; a three-day process using wood- chips to slowly and gently re the ceramics in time for the exhibition opening. By materially combining coal and wood ash in their works and using the very process which powers E-WERK, the exhibition is a fitting homage to the transformation of E-WERK from a relic of the fossil fuel era into a contemporary ecological power station.

Peles Empire live and work in Berlin, Germany and take their name from Pele? Castle, a summer residence built for King Carol I at the end of the 19th Century in Romania’s Carpathian Mountains. In their work, Peles Empire explore the potential of simulacra, copies, originals and reproduction – shifting processes to abstract perspectives. Their work has recently been shown at the Künstlerhaus Graz, Art Encounters Biennial (Timioara) Art Encounters Biennial (Timioara), Scottish National Gallery of Modern Art (Modern One), Edinburgh, Kunstverein Hannover and Skulptur Projekte Münster. www.pelesempire.com

E-WERK Luckenwalde is located in a former coal power station built in 1913, ceasing production in 1989 after the fall of the Berlin wall. Located 30 minutes south of Berlin, E-WERK Luckenwalde is jointly directed by Pablo Wendel and Helen Turner. In 2017, the art collective Performance Electrics gGmbH led by Pablo Wendel acquired the former brown-coal power station with the vision to reanimate it as a sustainable Kunststrom (art power) Kraftwerk and to both feed power back to the national grid as well as function as a large scale contemporary art centre. As part of POWER NIGHT in 2019, Performance Electrics gGmbH formally switched the power of the former factory back on.

About the annual Flag Commission 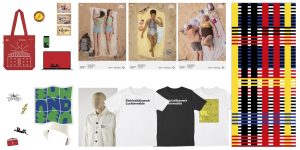 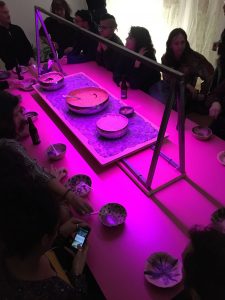 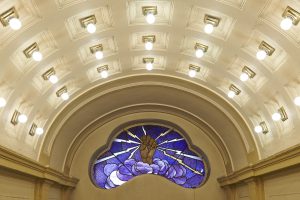 Next week, we are pleased to welcome the team from E-WERK Luckenwalde to @worldoffad to take you behind the scenes of the world’s first institution powered by art electricity. 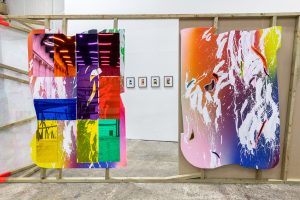