The ninth chapter in the Eastpak x Raf Simons story sees our styles reinvented by the Belgian designer’s unique vision Form and function, with rich details: …

Eastpak’s latest collaboration with Raf Simons sees the Belgian designer return to his roots in youth and subculture. Wear your belongings with this multi-functional vest bag, featuring three detachable pockets. 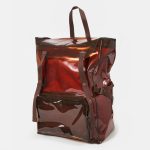 Raf Simons has collaborated with Eastpack for a series of futuristic Blade Runner-inspired backpacks. The SS18 collection merges this with industrial design elements with hopes of providing an alternative interpretation of asian street culture. 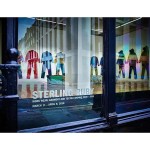 WORK WEAR: Garment and Textile Archive 2008-2016 presents for the very first time an eight
year survey of the clothing and textile production made by Sterling Ruby.