Since its inception in 1996, Acne Studios has taken a multidisciplinary approach to fashion, the Stockholm-based house mirrors founder and creative director Jonny Johansson’s interests in photography, art, architecture and contemporary culture.

Over the last 24 years, Acne Studios has shapeshifted from a creative collective that produced 100 pairs of raw denim jeans with red stitching into a respected eclectic creator of ready-to-wear, magazines, furniture, books and exhibitions. In what Johansson himself describes as “maximalist minimalism”, its collections are defined by his signature juxtaposition of considered design and details with an emphasis on an eclectic use of materials and custom-developed fabrications. This duality is reflected in the origin story of its deadpan mascot, Face. 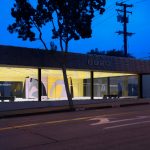 Acne Studios has opened a new retail location in West Hollywood, its second L.A. location following its downtown L.A. opening in 2013. The space mimics that of an open plan gallery, taking over a pavilion-style single storey building with a two wall facade almost fully in glass. 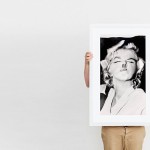 Curater’ is the answer to the rapid art digitalization that happens today around the world. 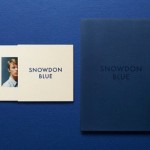 Acne Studio in London held the private viewing, ‘Snowdon Blue’ at Dover Street on the 3rd May.

The enigmatic London born photographer, married Princess Margaret in 1960 and has taken the portraits of every notable face in […]