Gazelli Art House has announced artist Elliot Kervyn as the winner of its Winter Window Project 2020,  in partnership with the Royal College of Art (RCA) Sculpture programme. Kervyn’s work will be on display alongside the gallery’s Winter Group Show comprising works by Jann Haworth, Perle Fine and Claudia Hart. Kervyn’s practice focuses on production and consumption processes, manifesting itself across a variety of media and shape-shifting into site-specific installations. This year’s panel of judges, Gavin Turk, Roland Cowan and Dylan Jones were impressed with the artist’s striking and poignant project.

Kervyn’s winning submission for the Window Project, entitled ‘The Perfect Chip’ presents a vinyl print featuring a high definition scan of his collection of packing chips covering the windows of Gazelli Art House on Dover Street, whilst some physical chips will appear to overflow from the print across the ground floor. The inspiration for the project originated from a bag of chips found in Kervyn’s grandfather’s garage, which evolved into a quest for “the perfect chip”. The artist collected around 30 different varieties sourced from different factories, providing a visual commentary on the vast output of the manufacturers. The polystyrene pieces nod to the absurdities of our current production and consumption system.

“Packing chips are an essential part of our delivery economy. As commerce moves online, now more than ever, most things we buy come wrapped in some sort of protective material, generating a huge amount of waste. Although packing chips tend to be made out of cornstarch nowadays, their polystyrene counterparts still have a big chunk of the market, and they are here to stay. Blown-up at the scale of Gazelli Art House’s  windows,  the image gives humans the scale of insects and underlines the ambiguity of ecological and political actions being insignificant on an individual level but powerful as a whole.”

Kervyn was awarded the Keramis Museum, Young ceramic Prize in 2019, was a Artcontest finalist in 2018, won the Macors/Mediatine Prize in 2017 and the Fond des Amis de la Cambre pour l’International in 2017. Solo shows include:

Since its launch during the London Olympics in 2012, Gazelli Window Project has established itself as a significant platform for artists to display site-specific works on the windows of the London gallery. Willing to support the next generation of artists and curators and in the framework of its educational programme, Gazelli Art House gives a unique opportunity for MA and post-graduate students to expose a body of their work. The Gazelli Art House/RCA partnership is the second partnership with a London art school after a previous collaboration with Central Saint Martins in Summer 2019. The gallery offers an allocated space with street frontage as well as the windows of the first floor to display the works. Former winners include Alexander Duncan (RCA, London), Chloe Farrar (RCA, London), Tom Pope (RCA, London) and Grey Wielebinski (Slade School of Fine Art, London). Gazelli Art House invites an external jury to name the winner, usually composed of a collector, a curator and a critic. 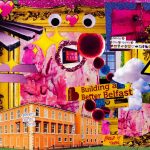 Like artists, creators, designers and curators across the globe RCA students have adapted, innovated and reimagined in recent months. An RCA degree questions established narratives – this has never been more relevant. 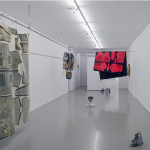 Tenant of Culture – Georgics (how to style a chore coat)

Tenant of Culture – Georgics (how to style a chore coat): The title of this exhibition is derived from The Georgics, a poem by the ancient Roman poet Virgil (70 BC – 19 BC). 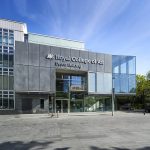 The Royal College of Art (RCA) has been awarded a grant of £5.4m by UK Research and Innovation (UKRI) to establish the Textiles Circularity Centre (TCC) to enable the transition to a more circular economy.