This Friday 20th November you can join Tate Collective Producers for Late at Tate Britain Online. Tate Collective Producers are 18-25-year-olds who organise free events and workshops for young people. In this month’s online stream, they will explore Chila Kumari Singh Burman’s Tate Britain Winter Commission, which opened in time for Diwali, the Festival of Lights. Burman is celebrated for her interdisciplinary practice which span printmaking, painting, installation and film. Her work draws on her Punjabi heritage and radical feminist perspectives as a means through which to explore the multiplicity of South Asian identities within a British context.

Poetry and writing collective 4 BROWN GIRLS WHO WRITE will explore some of the themes of Burman’s art in relation to their own practice. They will perform freelance poetry and will read from their recent collection of daring prose.

Leading UK jazz musician Sarathy Korwar will discuss his work and practice and will stream a short film he made in collaboration with poet and playwright Zia Ahmed and classical vocalist and composer, Aditya Prakashis that explores the Indian diaspora experience in contemporary Britain. Indian Ocean Sound System, promoter of up-and-coming UK Asian artists and bands, has created a specially curated playlist for the event.

The stream will premiere at 7.00pm on 20th November
tate.org.uk/late-tate-britain-online 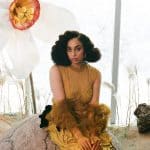 This month, Tate Collective launches a new series of filmed performances with three of the most exciting acts in UK music today. Tate Reframed sees […] 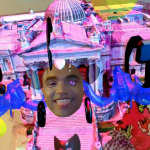 Late at Tate Britain The Lovers, the Dreamers and Me Friday 6th August 2010

Join a musical journey into a lost world. Look out for dinosaurs, rainbows, mountains and rivers as a cast of […]