“I continue to think how my work is always hijacked by the main events in my life and that’s why this series is so bound up with the lockdown, with the immobility of lockdown, physical and psychological, with the idea of being locked in a room, with a pen and a single, persistent, idea that bounces off the walls and repeats.” 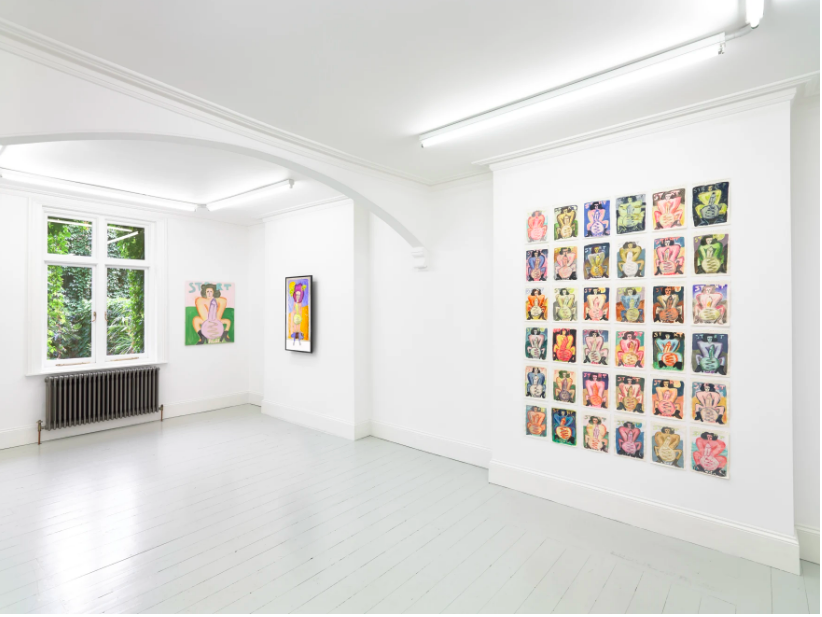 Continuing to explore the androcentric cannon of painting from a feminist, queer perspective, the exhibition features vibrant gestural paintings, performance, and video, where Groobey brings to life the two-dimensional world of her paintings by dressing up as her central character. The video for the exhibition features Groobey wearing a painted costume, and using handmade props, moving to a choreographed routine and self-composed music in front of a painted paper backdrop. 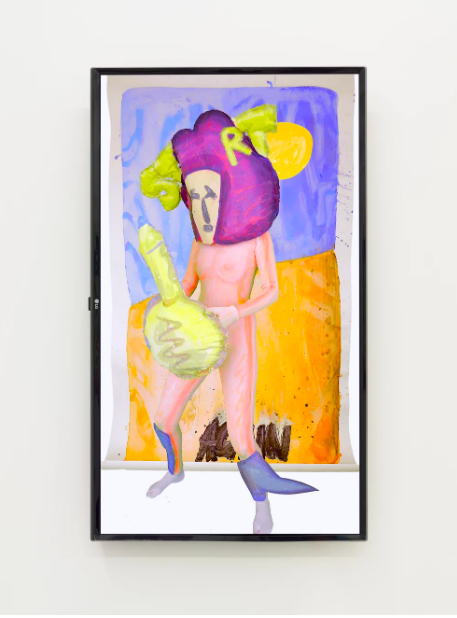 Oil paintings, watercolour works and video centre upon one character, a woman (Jina Khayyer, Groobey’s partner and muse) squatting in a field during sunrise and sunset, times of day that naturally symbolise endings and beginnings. Squatting is a primal position, indicating a body of strength and stability. She holds a giant pen in her oversized hands which have grown bigger to help her start to work again. This is her new start, her survival strategy, a way for her to process loss and start again.

Groobey’s work has always centered around personal experiences, with one body of work leading onto the next. ‘Start Again’ was worked on through the pandemic but was heavily influenced by her previous body of work, ‘Assholes of Ambition’, which started in Japan in 2018. The trip sparked a meditative approach to her process. Visits to temples and Buddhist statues brought about motifs that became like mantras in this new series; the symbol of the giant pen inspired by a visit to the temple of Sanjusangendo in Kyoto and the hands that clasp around it reminiscent of the hand gestures of a Buddhist statue.

Groobey references more than imagery alone as inspiration for this show and cites Japanese art historical references from On Kawara to Zen Buddist painters and Ens? drawing as influencers. Her committed making of the work in lock down became a way of surviving or overcoming the day, an almost spiritual practice. As part of this disciplined-creative process, works were completed on the day they began, with swift strokes marking each painting with small differences from the others, repetitively confronting and reacting to our rapidly changing world events. These are works of economy, of stillness and repetition but also works of power and hope. 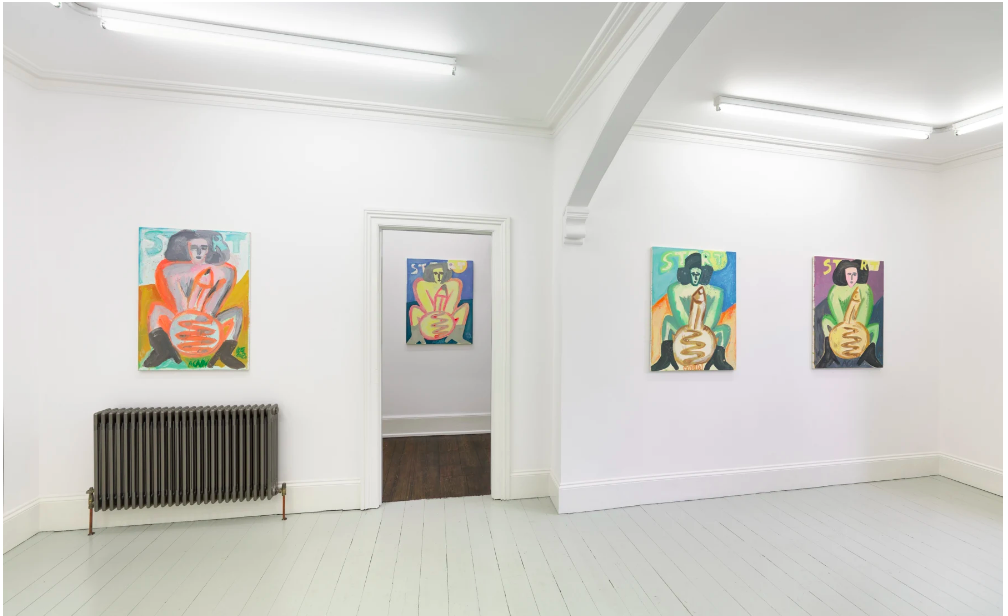 ‘Start Again’ is a meditation on our place in the world, a reflection of the character and her creator in a brief but continuous moment in time. In the days devoted to the making of these works we can see the possibility of the future and the opportunity to start again. Groobey offers us strength and enlightenment, windows of promise and a clear path where we can start to question and believe.

Kate Groobey (b. 1979, Leeds, UK) lives and works in Yorkshire, UK and the South of France). Groobey portrays her personal experiences and explores the androcentric cannon of painting from a feminist, queer perspective using the tactics of British humour – innuendo, parody, absurdity, surreality, macabre, self-deprecation. Across vibrant gestural paintings, live performance, and video, Groobey brings to life the two-dimensional world of her paintings by dressing up as her central characters. Wearing painted costumes, and using handmade props, she choreographs grotesque dances to self-composed music in front of painted paper backdrops. Brilliant colour seduces and humour disarms the spectator as Groobey affirms her presence in a male dominated artistic tradition. 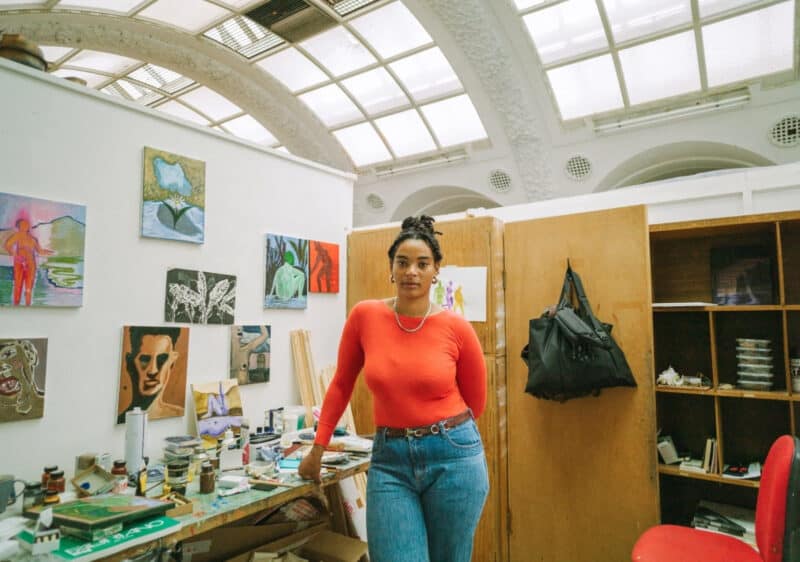 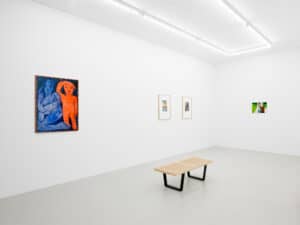 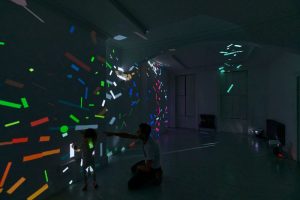 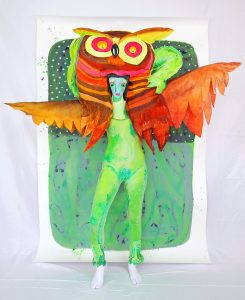