Enter Through the Headset 5 - FAD Magazine
Skip to content 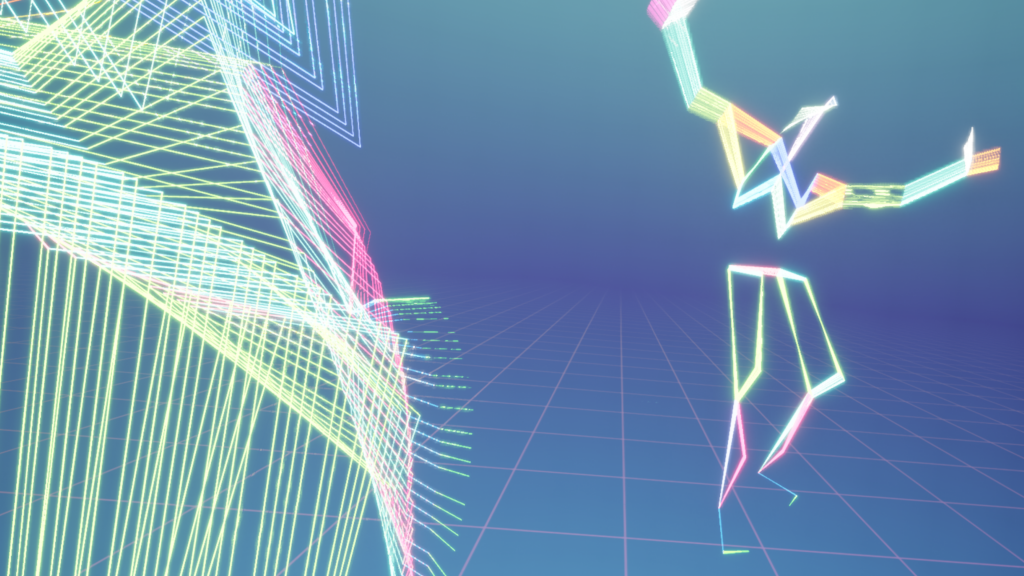 “We are thrilled to be celebrating the fifth-year anniversary of the Enter Through the Headset exhibition series and to welcome back most of the artists showing their very latest works as well as some historic ones dating back to the 1980s. It has always been our priority to support artistic expression through various mediums and today we continue to ensure VR is a celebrated medium in the curatorial space, which has grown increasingly important in our shifting world,” Mila Askarova. 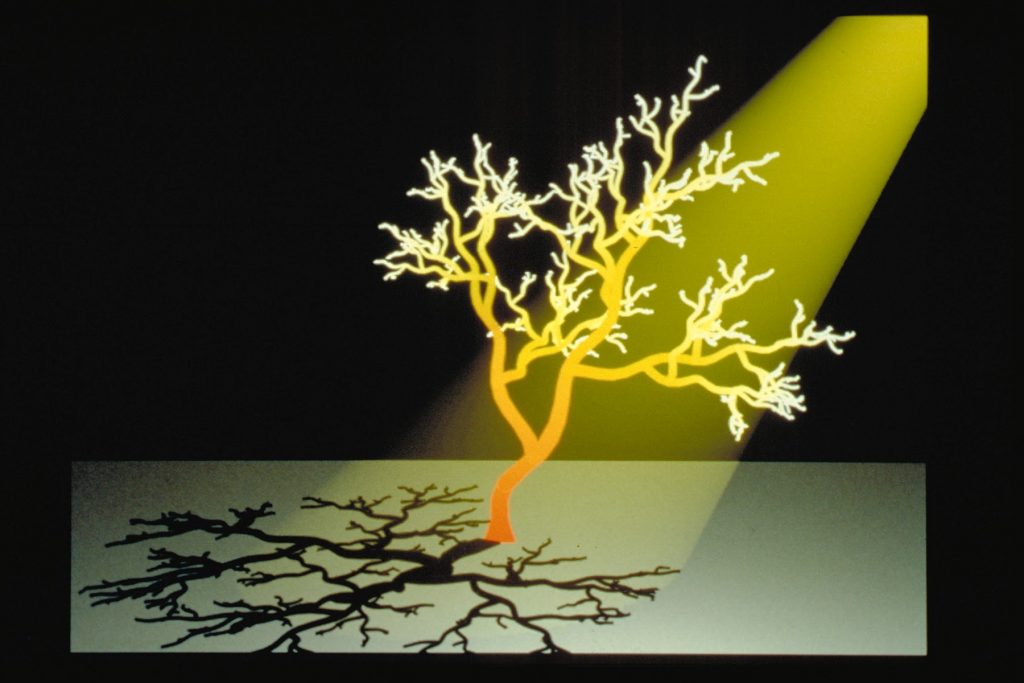 Rebecca Allen’s historic video work Creation Myth (1985) is shown in the UK for the rst time. Commissioned by Ian Schrager and Steve Rubell (of Studio 54 and boutique hotel Fame) for the opening of the Palladium night club in New York, the work is about the birth of a new environment. Claudia Hart’s Digital Death (2013) too, questions the cycle of life as she combines two pieces of software that are in contradiction with each other to create an algorithm allowing a Taoist cherry tree to grow and eat itself in an endless loop. Matteo Zamagni’s Nature Abstraction 2.0 (2018), shown at the Brooklyn Academy of Music earlier this year, explores the mathematical visual representation of natural and biological forms. The first iteration of Nature Abstraction was exhibited at the Barbican Centre (2015) and Enter Through the Headset 2 (2016) before taking over the screens on Times Square for Midnight Moment NYC the same year. 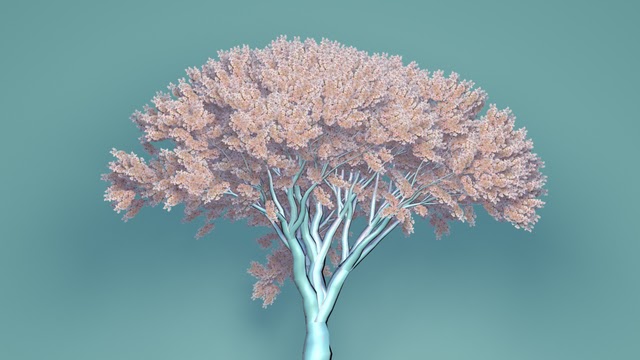 Michael Takeo Magruder’s Endless Wall (2008-2020) in collaboration with Drew Baker, explores the limitations of historic and contemporary barriers posed by communication technologies under the guise of protection and security. Upon entering the virtual environment, the viewer is confronted by an impassable wall spanning into the distance.

Other highlights include Matterlurgy’s Air Morphologies (2020), a project investigating the materiality and composition of air pollution particles. Developed in collaboration with scientists from the University of Cambridge and artsXR, this body of work was initiated during the artist duo’s residency at Del na Foundation and comprises of lm, sound, photographic collage and virtual environment. Also marrying photography and lm to virtual reality, Jocelyn Anquetil constructs Mundania 0.0 (2018), a modern sci- tale that explores sexuality, creativity and competitiveness in the age of social media.

Gazelli Lates – paid evening access with a portion of proceeds going to Doctors Without Borders: Link

Founded by Azerbaijan native Mila Askarova, Gazelli Art House was established as a creative platform and commercial gallery with a broad and dynamic program for an international audience through public projects and exhibition spaces in London and Baku. Having hosted conceptually interlinked o -site exhibitions across London since 2010, Askarova opened a permanent two-stories space on Dover Street in 2012; the Azerbaijan location, Gazelli Art House Baku, re-opened in 2017 with a new design.
With an ambitious program showcasing both Azeri and international artists, as well as established or newer talents, Gazelli Art House has quickly established itself as a pioneering space giving visitors the opportunity to immerse in contemporary art experiences encompassing performance, photography, lm, paintings, video, multimedia installations, and sculpture, as well as talks, lectures, seminars, and workshops. In less than a decade, Gazelli Art House has become a significant platform championing non-traditional genres such as virtual reality and exploring themes reflecting our rapidly changing political, cultural and societal landscapes, while building a consistent and diverse program of artists working with different genres and mediums, including Derek Boshier (UK), Stanley Casselman (US), Aziz + Cucher (US/Peru), Recycle Group (Russia), Francesco Jodice (Italy), Kalliopi Lemos (Greece), Niyaz Najafov (Azeri) and Giovanni Ozzola (Italy) to name a few. In addition, Gazelli Art House’s commitment to art education has included the Window Project for art school graduates (2012) and Gazell.io (2015), an online residency for artists working in virtual reality. The gallery also publishes catalogues and artist books about its programs and frequently collaborates with museums worldwide. 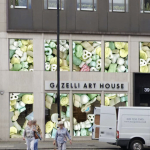 Gazelli Art House has announced artist Elliot Kervyn as the winner of its Winter Window Project 2020,  in partnership with the Royal College of Art (RCA) Sculpture programme.