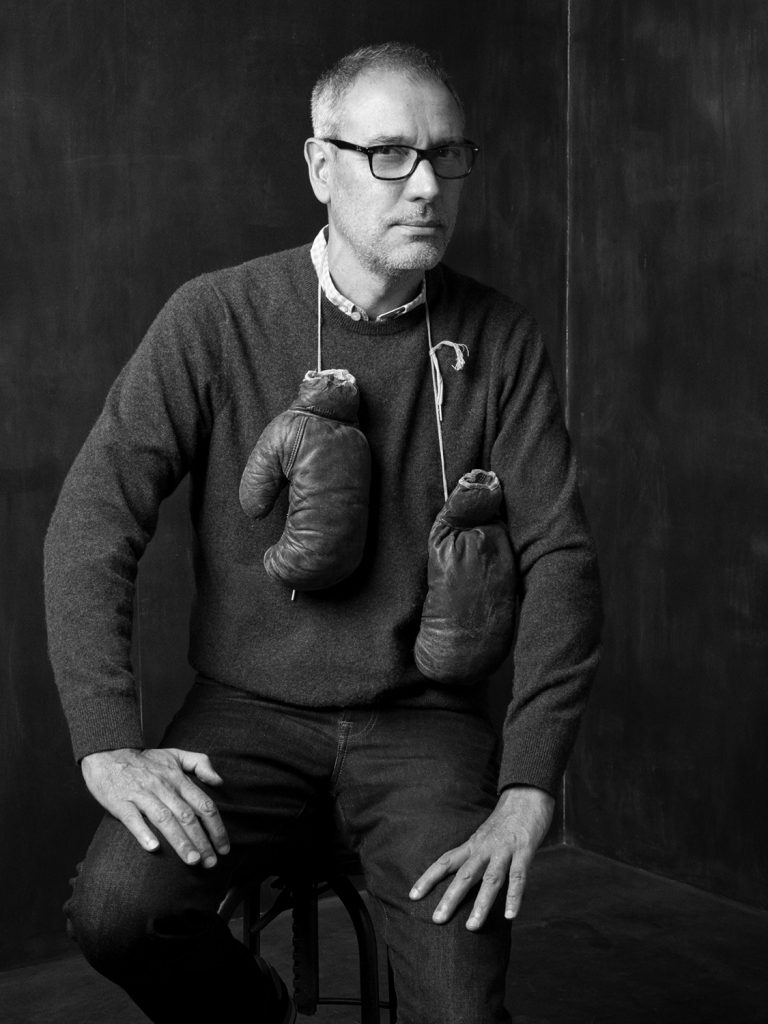 We managed to catch some time with Jose Miguel Sokoloff (Global President, MullenLowe Group Creative Council and Chief Creative Officer, MullenLowe Group UK) to talk about the MullenLowe NOVA Awards an intiative that during these COVID-19 times seems more important than ever.

What was the thinking behind the creation of MullenLowe NOVA Awards in 2011 and have they achieved all that you hoped?
The MullenLowe NOVA Awards were established in 2011 to celebrate creativity at a grassroots level. We wanted to set up a way to support students and aid their transition from college to the commercial world, and what better place to start than at one of the best art, design and performance colleges in the world!

At the same time, we wanted to expose creatives working commercially to creativity in its pure, unadulterated form. The vision and ingenuity of these students and their ability to create work that pushes the boundaries of creative thinking in response to the world around us surprises me every year. If the commercial world loses touch of that, we’d be guilty of creating work that’s repetitive, not representative of society and doesn’t do anything to propel humanity forwards. We need to constantly challenge our thinking and this initiative facilitates that, so not to support creativity on this level would be a missed opportunity. 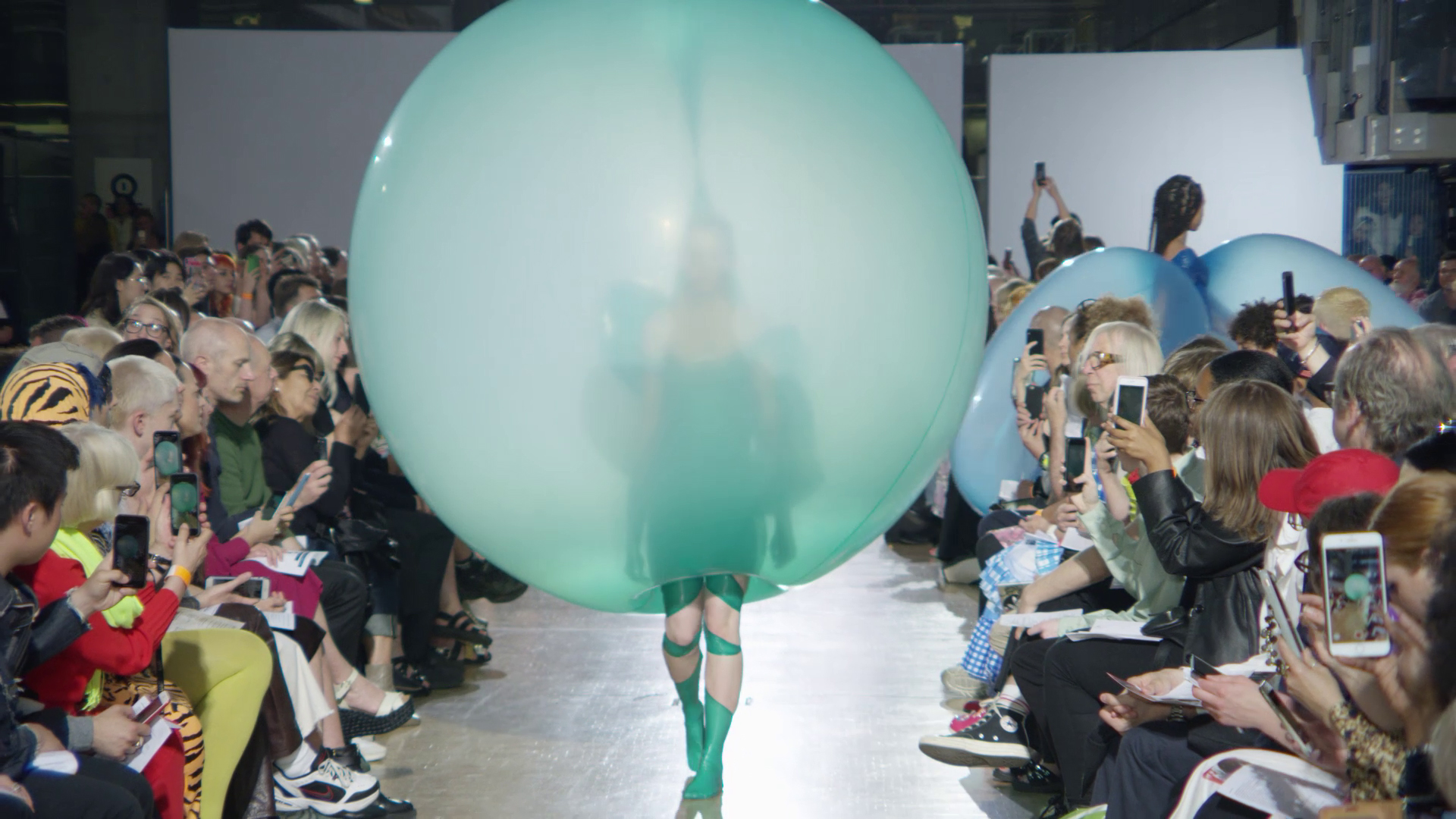 Have the Awards achieved everything that we hoped for?
We’ve supported students and some of them have gone on to do amazing things, which we hope to celebrate soon. Likewise, we as an agency we have got a lot out of the programme and some wonderful partnerships have come from the judging process. However, it’s a continuous journey so there’s a lot more we’d like to do!

There are five Awards – can you explain the differences between them and how you settled on five?
This year have one overall Winner, two Runners Up, the recipient of the YourNOVA ‘People’s Choice’ Award and the Unilever #Unstereotype Award. The number of Awards has changed over the years, depending on the focus of that year’s partners, but we one thing that has remained the same is to recognise work that represents truly creative thinking and execution.

Unilever is a longstanding partner of the MullenLowe NOVA Awards and has been involved consistently every year since the beginning. The theme of their Award reflects a challenge their business is focusing on or an issue they want to highlight.

The YourNOVA Award was launched five years ago with the aim of taking the work to a wider audience within our own global network, our industry, the art world and the general public. Not only do we hope this encourages people to engage with the programme but also exposes the work from these brilliant young minds to people from all walks of life. People can vote for their favourite piece of work from the shortlist as decided by our panel of expert judges, who also decide the overall Winner and two Runners Up. Those discussions can get incredibly lively as people argue the case for who they believe should win (and rightly so). Sometimes not everyone agrees but the Winner has to fulfil all of the main criteria of the Awards – be beautifully crafted and represent truly creative thinking and execution. 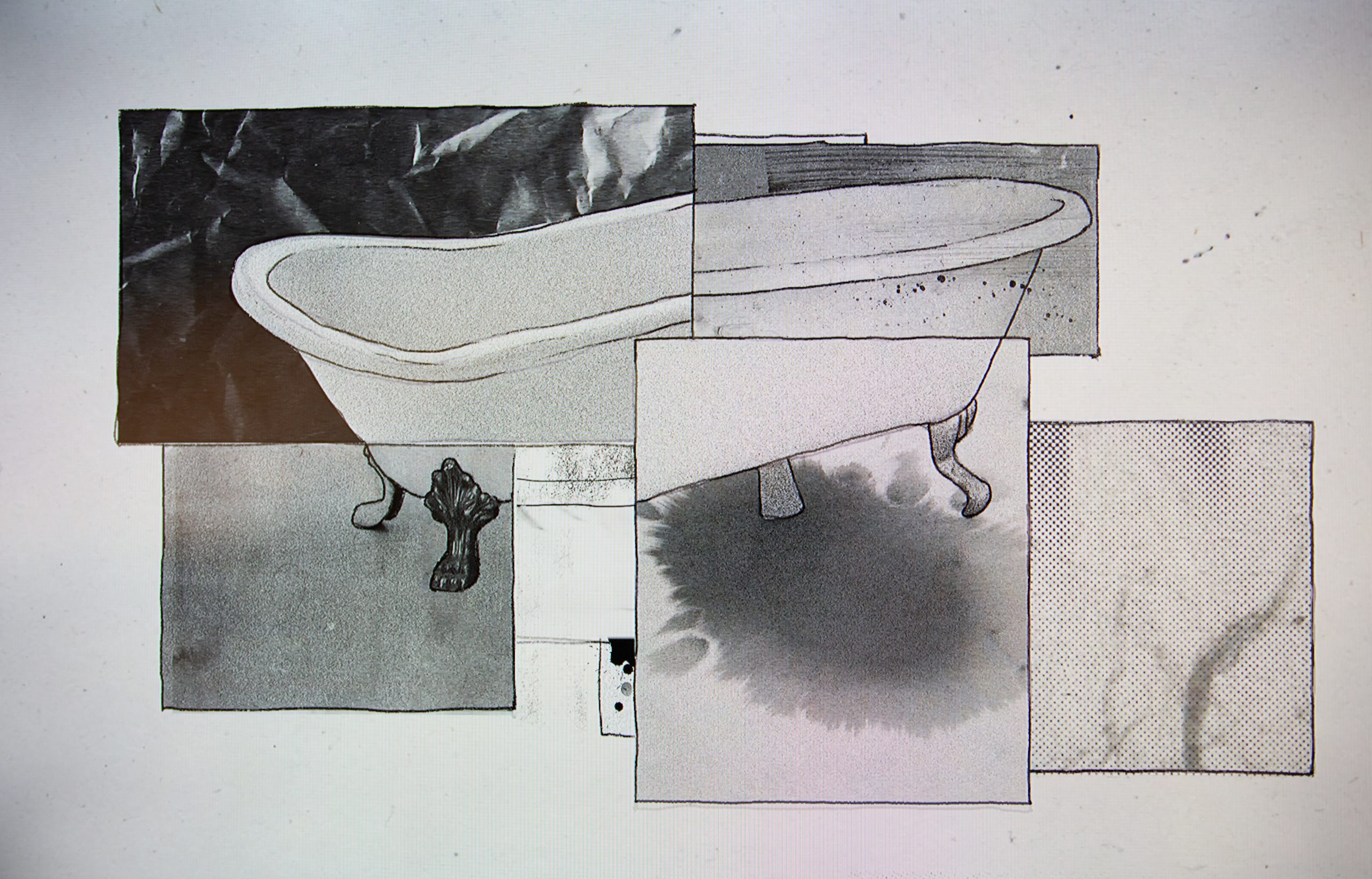 Xiaoying Liang – The Dictionary – 2019 Runner Up

The MullenLowe NOVA Awards are international and I know you encourage the wider network to engage. Could you tell us of some examples of how this has worked?
The MullenLowe NOVA Awards went global last year! MullenLowe Group Philippines launched the MullenLowe NOVA Awards Manila, putting out an open call to young artists to submit their work and be in with the chance to win one of six prizes. Central Saint Martins kindly donated a short-course scholarship to the Grand Prize Winner, and Unilever’s #Unstereotype Award made it across the pond too. They had an amazing turnout for their first year, securing almost 60 entries and even receiving widespread TV coverage in the region so we were really pleased to see the Awards take off like they did.

The Awards are ultimately about supporting emerging creative talent and showcasing how these students are applying creativity to make the world a better place. If we could make the Awards even bigger to support that, I would be very proud.

Our longstanding client, Unilever, has been involved in the MullenLowe NOVA Awards from the beginning, and have presented awards in various forms. For the past few years they’ve presented the #Unstereotype Award, which recognizes inclusive, forward-thinking creative work that breaks away from limiting and outdated stereotypes.

Have you been impressed by the work that has been created this year despite the huge challenges?
I’m continually amazed at how these students use creativity to solve problems that touch every one of us, but this year, I’ve been blown away at the level of problem solving. I have always thought that thinking inside the box is much harder than thinking outside the box and these students have proved that completely. In the face of some very real restrictions, they’ve managed to adapt projects that some of them have been working on for years and the results are incredible. They really are shaping how we live in this ever-changing world. 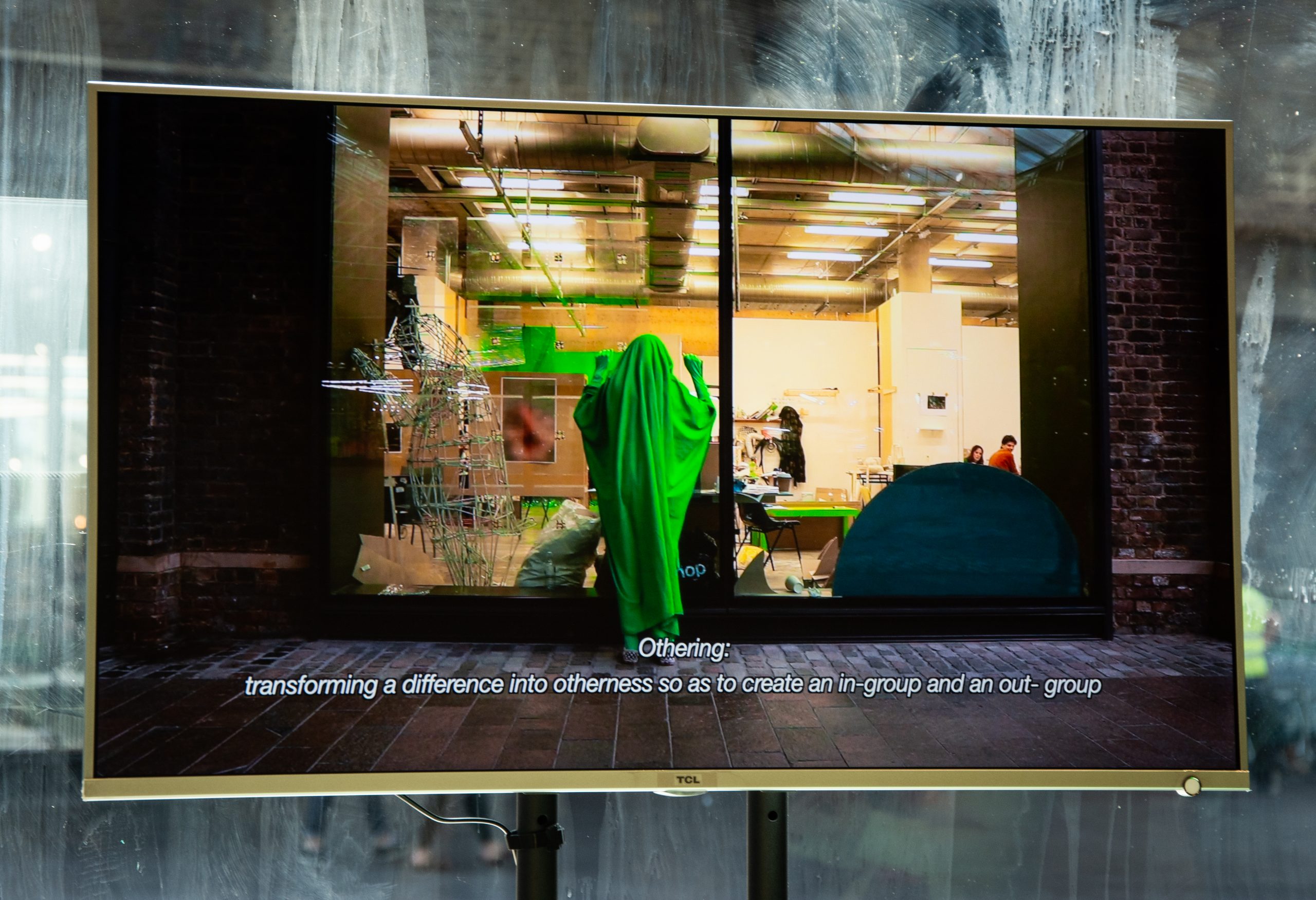 We notice that all the judges this year apart from yourself are female, was this a conscious decision?
It wasn’t a conscious decision. We strive to make the judging panel as diverse as possible, to bring a range of expertise and perspectives from different areas. This year, we have a past winner, along with experts from the world of art and communications, it just so happens that I’m the only male. I’m in excellent company!

Can you tell us what you have planned to replace the usual award ceremony?
The Award ceremony is one of my favourite events in the year – seeing the students as the winners are announced is both emotional and rewarding. For obvious reasons this year we’re taking it all online. We’re working on the final mechanics of the Awards, but we’re excited for more people than ever before to tune in and see the winners announced live.

Is MullenLowe Group doing anything in particular to support students throughout these difficult times?
There are some people who choose to nurture playwriting, song writing, literature and poetry but the MullenLowe NOVA Awards is our contribution to supporting students and doing our part to ensure humanity keeps getting stronger in the process.

Central Saint Martins has worked incredibly hard over the last few months to put their Graduate Showcase online. We’re extremely proud that we’ve managed to continue the MullenLowe NOVA Awards, by taking the judging and award ceremony online, and support the students who have put so much time and effort into their Degree Show projects. It really has been a colossal effort all round. 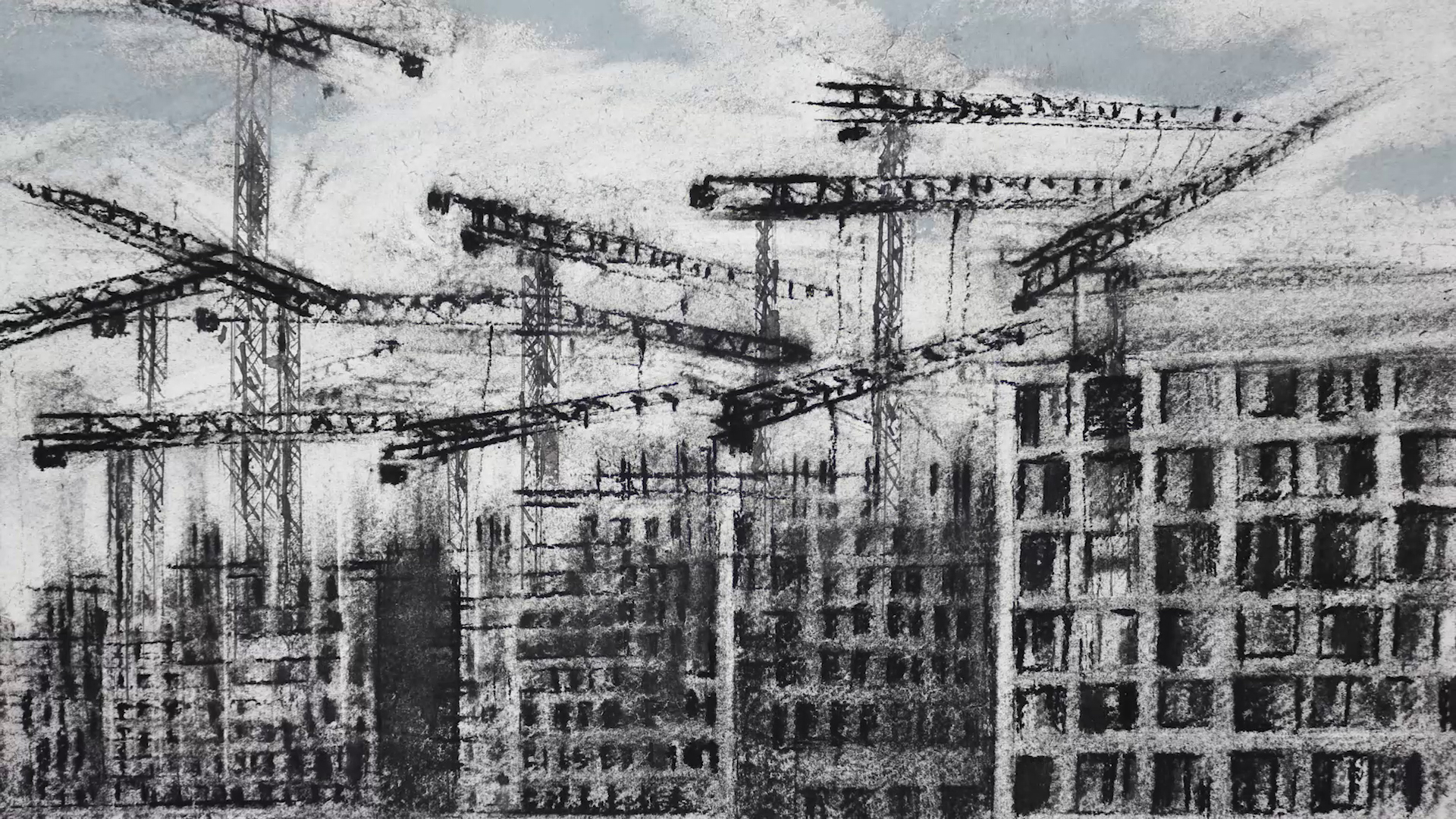 Can people get involved with the Awards?
Yes! For the first time ever, all nominees for the 2020 MullenLowe NOVA Awards will be exhibited online on the Central Saint Martins Graduate Showcase, covering courses across art, design, fashion and performance. There are 46 students in total, and it’s a great chance for the public to engage with this incredible work.

For the 5th consecutive year, we’re running the YourNOVA ‘People’s Chioce’ Award, which gives the public the chance to vote for their favourite piece of work from the shortlist. The student with the most votes will take home a prize of £1,000, so the public vote can really make a difference in supporting them in continuing their work post-graduation. This year, voting will open on the MullenLowe NOVA Awards website 24th August so stay tuned!

Next year marks Ten Years of the Awards. Can you tell us what you have planned (provided we are virus-free)?
Plans are very much in progress as, of course, we want to do something special to rightly celebrate 10 years of such an amazing partnership. Watch this space!