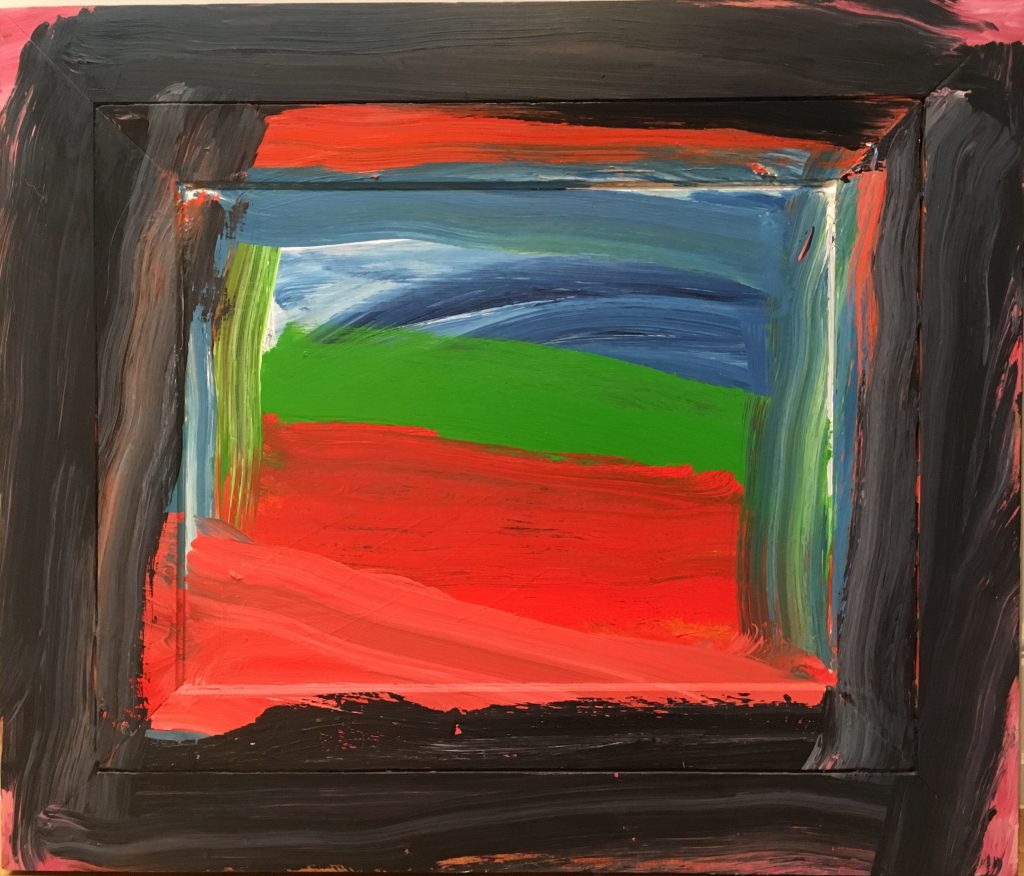 In Autumn 2020, Hazlitt Holland-Hibbert will present an exhibition devoted to the art of Howard Hodgkin (1932-2017), widely regarded as one of the leading British painters of the last fifty years. Bringing together nineteen of the artist’s most distinctive paintings, it marks the first loan exhibition to be held in London since Hodgkin’s death aged 84 in 2017, and follows major retrospectives held at the National Portrait Gallery in 2017 and Tate Britain in 2006.

Howard Hodgkin: Memories traces the development of Hodgkin’s engagement with recollected experiences, a subject matter that he felt to be “impossibly nebulous”. In so doing, it provides an opportunity to view celebrated paintings such as Clean Sheets (1980- 84), on loan from Tate, alongside major works from private collections, many of which are rarely seen. These include After Degas (1993), Storm (1996-7) and Learning about Russian Music (1999). Also on view will be a range of previously unseen material selected
from Hodgkin’s private archive, which sheds light on his sources of inspiration. 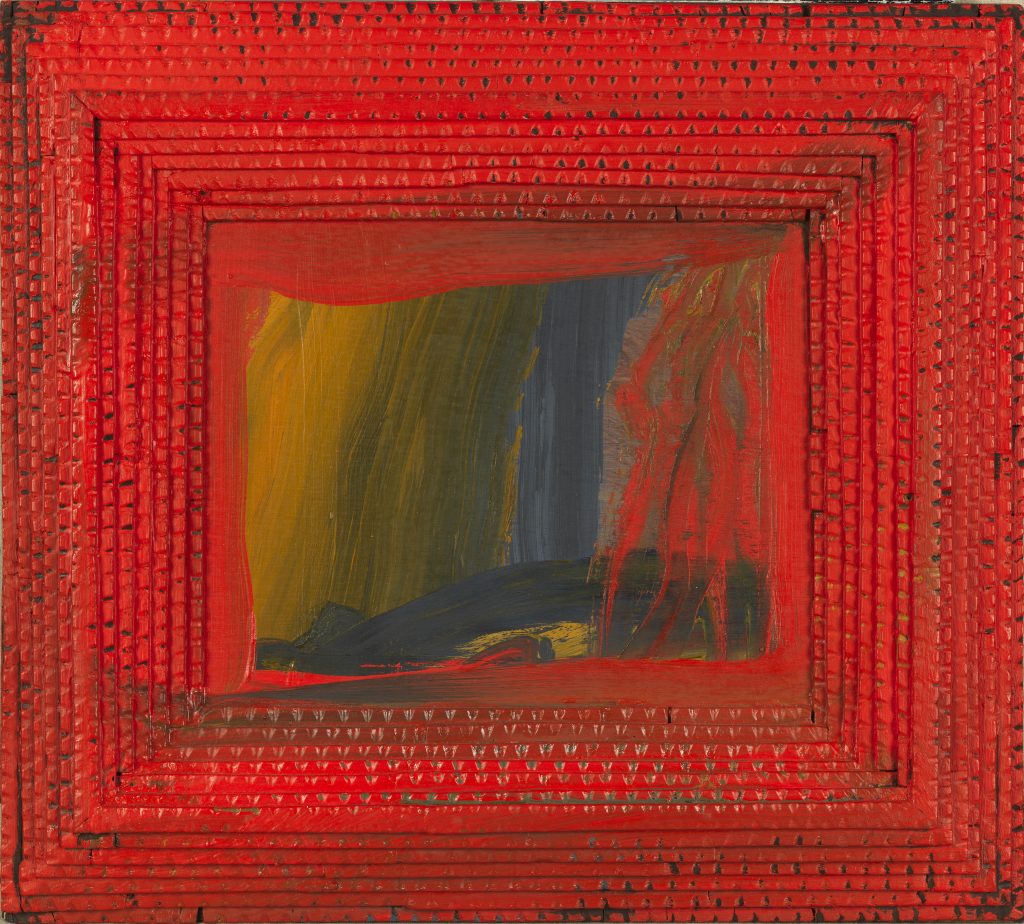 “I am delighted to announce that Hazlitt Holland-Hibbert will be presenting an exhibition of loaned paintings by British artist Howard Hodgkin whose work we have been associated with for many years.”

Over a seventy-year career Hodgkin forged a deeply personal visual language in which rich colour, sensuous brushwork and abstract mark-making were combined to evoke memories and their associated emotions. The paintings exhibited at Hazlitt Holland-Hibbert belong to the prolific ‘classic’ period in Hodgkin’s development (1980s-90s), when he received a succession of important honours and attained the stylistic maturity and expressive vitality that secured his international recognition. In 1984, he represented Britain at the Venice Biennale; the following year he won the Turner Prize; and in 1992 he was knighted. Howard Hodgkin: Memories explores the unique nature of his subject matter in which his memories of emotional situations were recalled via a compelling expressive aesthetic.

Collectively, the exhibition reveals Hodgkin’s unrivalled prowess in investing apparently
abstract compositions with private and often intimate significance, and it evokes the wideranging nature of his subject matter, which he described as: Views through windows, landscapes, even occasionally a still-life, to memories of holidays, encounters with interiors and art collections, other people, other bodies, love affairs, sexual encounters and emotional situations of all kinds. 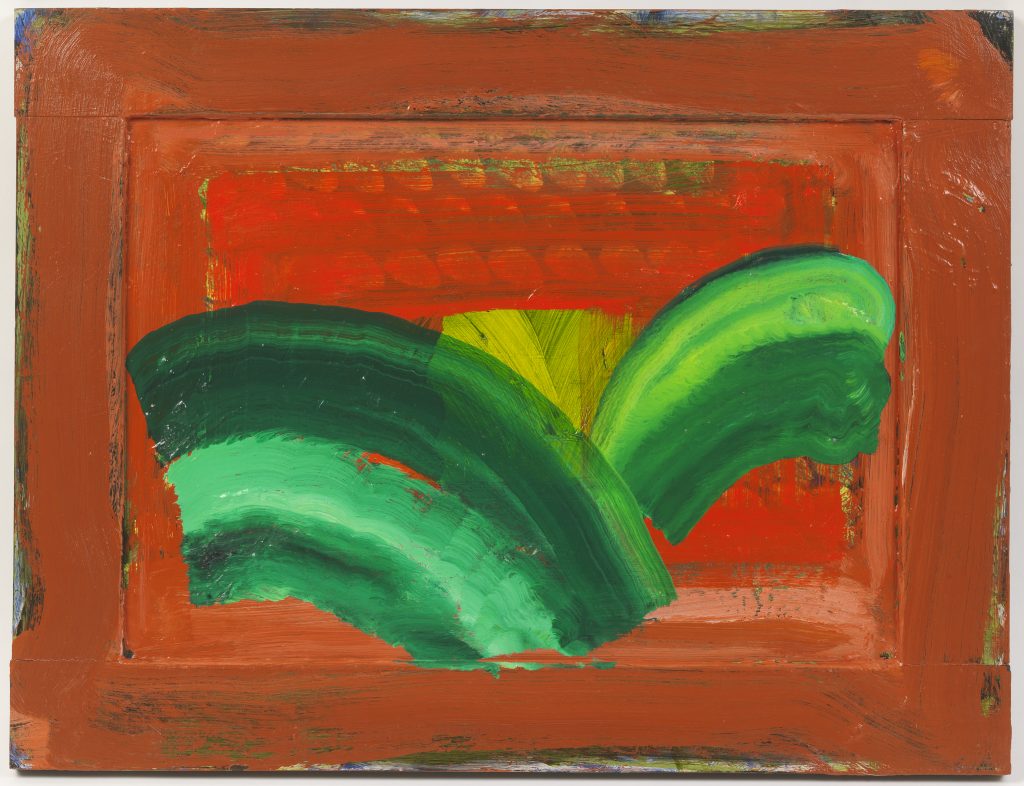 The Hazlitt Holland-Hibbert exhibition is curated by Paul Moorhouse, who says:

“Howard Hodgkin’s great achievement is to have made memory the subject of his art, creating compelling paintings that redeem the past through its expression in paint. In so doing, he produced vibrant, poignant and celebratory images. This exhibition contains a selection of jewel-like works that illuminate this extraordinary accomplishment.”

Paul Moorhouse is a curator and writer, formerly Senior Curator and Head of Displays, National Portrait Gallery (2005-2017) and Senior Curator, Tate (1985-2005). He was the curator of the acclaimed exhibition Howard Hodgkin: Absent Friends, held at the National Portrait Gallery in 2017, and is the author of Bridget Riley, A Very Very Person (2019), the first biography of Bridget Riley, as well as the recent monograph John Virtue (2019). 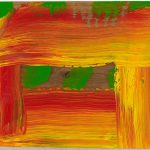 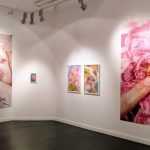