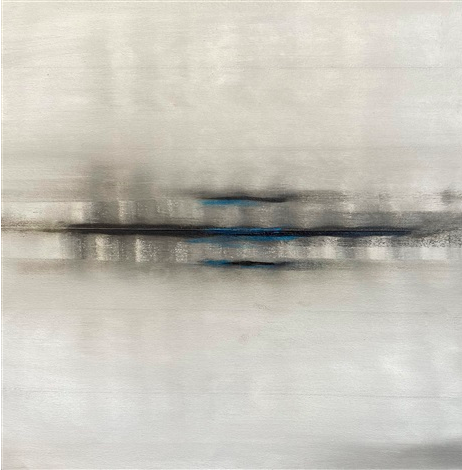 ‘United for Change’ is an anti-racism exhibition featuring artists who support equality and inclusivity in the contemporary art world. Curated by London-based Curator Lee Sharrock, this exhibition is being held online on artnet by Galstian Advisory LLC, an art advisory based in Los Angeles.

“Whatever your colour, religion or culture, you would have to be lacking any sense of humanity if you weren’t deeply disturbed by the sickening murder of George Floyd by police in Minneapolis. As the world is reeling from the shock of the Coronavirus Pandemic, another virus that has been deeply entrenched in society for far too long has been exposed. This virus is just as deadly as Covid-19 and can often be invisible – racism. I wanted to stand up and say that Racism is not OK and it’s time to make a change. So this exhibition brings together artists of different cultures with a common voice – the voice of equality and unity.”

The exhibition ‘United for Change’ will raise funds for the Stephen Lawrence Charitable Trust in the UK as well as the Underground Museum and For Freedoms in the USA. Lee Sharrock and Robert Galstian are collaborating with the CEO of the Guirado Estate, Catalina Guirado-Cheadle, who is organising a series of webinars related to the exhibition. The featured artists are; Andreas Stylianou, Catalina Guirado, Jermaine Francis, Jon Daniel, Maxim x WLS, Misia-O’, Hayden Kays, Juan Antonio Guirado and Todd Williamson.

The exhibition is online now running until 27th June 2020 on Artnet.

At least 75% of all the proceeds will be donated to the three nominated charities; the Stephen Lawrence Charitable Trust in the UK as well as the Underground Museum and For Freedoms in the USA 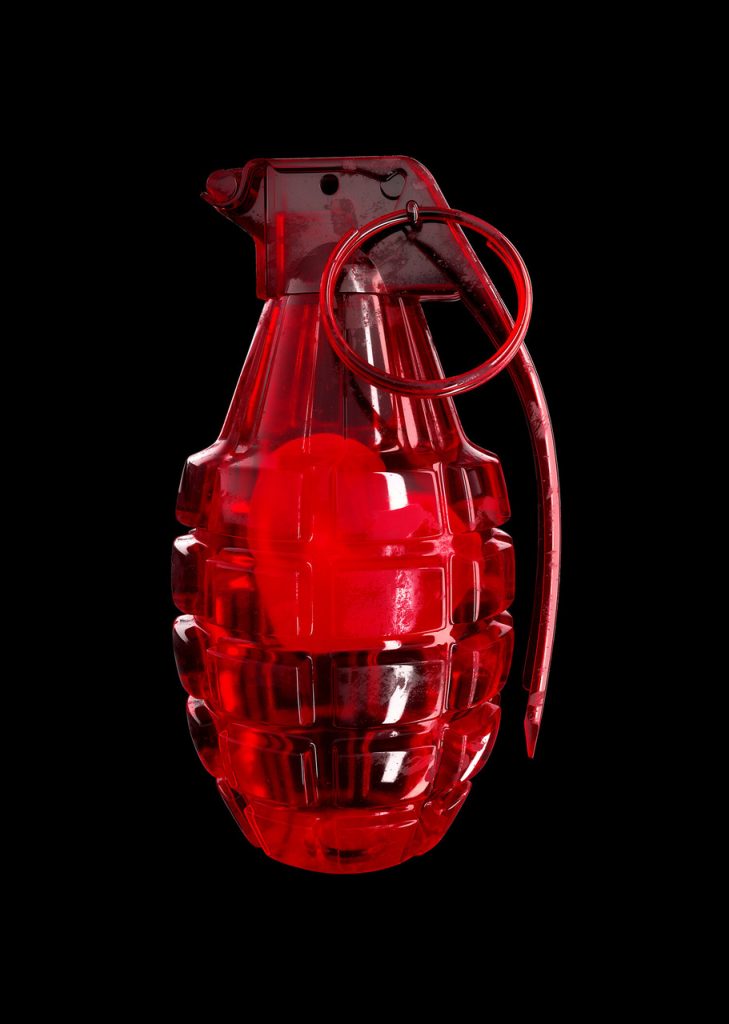 Prodigy musician Maxim, whose artist moniker is MM, has collaborated with WLS on a new limited edition giclée print of a grenade containing a heart, and is donating 10 prints to the ‘United for Change’ exhibition, with all proceeds going to the nominated charities. Maxim said:

“While Covid-19 is ongoing we thought there was world unity in defeating that virus. But there’s a virus out there spreading that’s been out there for 100s of years called racism. I’ve felt it for most of my life in some shape or form and until things change and there’s equality and justice for all no matter your race, colour or gender this will be around for the next generation and generations after that. Don’t let the world forget again and ease back into its comfort zone. #blacklivesmatter “

The murder of George Floyd in Minneapolis was a tipping point for the USA and led to anti-racism demonstrations worldwide, with protestors highlighting racial injustice, calling for an end to police brutality and a move towards a more equal society. Covid-19 has claimed a disproportionate number of lives of people from black and ethnic minorities globally, exposing how racial inequality has even been a factor in the devastating Coronavirus pandemic.

Sadly the art world is also guilty of racism or prejudice against artists of colour, who have often been omitted from the history of art and overlooked for inclusion in museum collections. A 2019 study of more than 40,000 artworks across 18 museums in the USA, including the Metropolitan Museum of Art in NYC revealed that 85% of artists represented in US museum collections are white, and 87% are men.

In an Artfund essay written by Author and Academic Eddie Chambers, he discussed the under-representation of Black artists in museums and in art history generally, and the way that they are often pigeon-holed as Black artists rather than being described simply as ‘artists’, saying:

“Black artists have seldom been accorded the right to simply be just artists, and to be exhibited and interacted with accordingly. Instead of the art world adopting what we might call a ‘colour-blindness’, it more often insists that black artists can and must only show up in exhibitions and art projects that set them apart from the wider body of practitioners.”

So it’s clear that there is a need for greater inclusivity in the contemporary art world, and more representation of BAME artists in galleries and museum collections.

“It’s a cause I believe in. I’ve gone to several protests and have been amazed at not only how peaceful they’ve been but the fact that many of us feel as strongly about it despite our different backgrounds. The art world also needs to be more inclusive and there’s no better time to start than the present.” 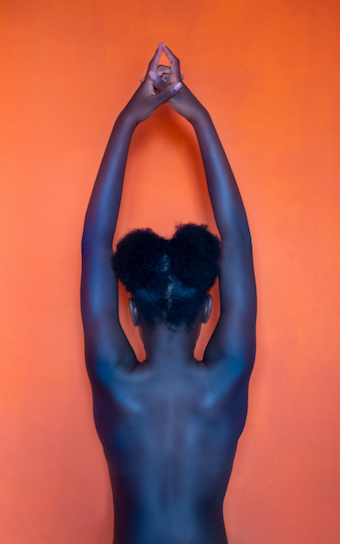 Featured in the exhibition is ‘Diver’ (2020), a print by Misia-O’ from her ‘Different Shades of Black’ series which was shot in natural sunlight in the South of France, without any post-production to show the natural beauty of the model’s skin. The series was exhibited at Les Rencontres d’Arles and her previous series ‘Trans-it-I-on’ was commissioned by the French Ministry of Economy in 2019 for an exhibition in Paris. Misia-O’ commented: “I am fascinated by identity, its multiple layers and the perception of our beings but also of the multiple dimensions, universes and spirituality. “

Andreas Stylianiou has donated two paintings from his Eyebstraction series. This series was painted as a study of 7 eyes and each is a unique painting on canvas. Andreas Stylianou was born in Cyprus and lives and works between London and Nicosia. Andreas has had his first show with Galstian Advisory LLC in October 2019 and has been included in the “While Supplies Last” group show at the Bellevue Art Museum, Washington. Andreas has upcoming solo shows in both Los Angeles and in Nicosia, Cyprus.

Two limited edition prints by Jon Daniel (1966-2017) have been donated by his widow Jane. The images are portraits of political activist, academic and author Angela Davis and champion boxer and activist Muhammad Ali. Jon Daniel was a British-born, award-winning creative of African Caribbean heritage and a strong advocate for the promotion of the rich historical legacy of African diaspora people. Jon Daniel supported the Studio Museum Harlem and designed Neville Lawrence’s logo. 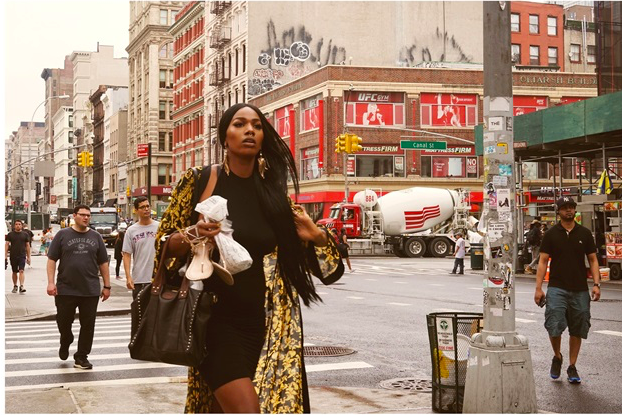 A print by London-based photographer Jermaine Francis’s New York series is included in the exhibition. Jermaine Francis is a London based Photographer and has exhibited at the National Portrait Gallery part of the Taylor Wessing, appeared in the Thames Hudson monograph Fashion Photography Next and a solo show in 2019 The Invisibles.

‘Rainbow Karma’, a new print by Catalina Guirado celebrating inclusivity will be featured, as well as 2 limited edition prints from the Estate of Juan Antonio Guirado (1932-2010) titled ‘The Grand Metropolis’ and ‘Evidence of Rebellion’. Juan Antonio Guirado’s work was collected by the celebrated post-War Spanish surrealist whose work was collected by King Hussein of Jordan, J.D. Salinger and other high-profile personalities, and is featured in major museum collections including the Museo Nacional Centro de Arte Reina Sofia in Madrid.

Todd Williamson was awarded the Pollock Prize for Creativity by the Pollock Krasner Foundation. The $50,000 award was directed towards Williamson’s exhibition Processional, a solo installation on view during the 58th International Art Exhibition of La Biennale di Venezia, May 9 through November 24, 2019. In partnership with MAK Center for Art and Architecture and curated by MAK Executive Director Priscilla Fraser, Processional was presented at the Chiesa di Santa Maria della Pieta?, located on Riva degli Schiavoni between St. Mark’s Square and the entrance to the Arsenale. He has exhibited extensively both in the United States and internationally including the Palm Springs Art Museum (2016), Galerie Stenzel (2017), Villa di Donato (2015), and MOCA Museum (2009). He has been awarded two ArtSlant International Showcase Awards, the Curator’s Choice Award from the Micro Museum, Brooklyn NY, and an Artistic Merit Award from the City of Naples, Italy.

Lee Sharrock the curator of ‘United For Change’ has selected artists and photographers who are against racism and for greater equality in the art world and in society in general.
The exhibition is online now running until 27th June 2020 on Artnet