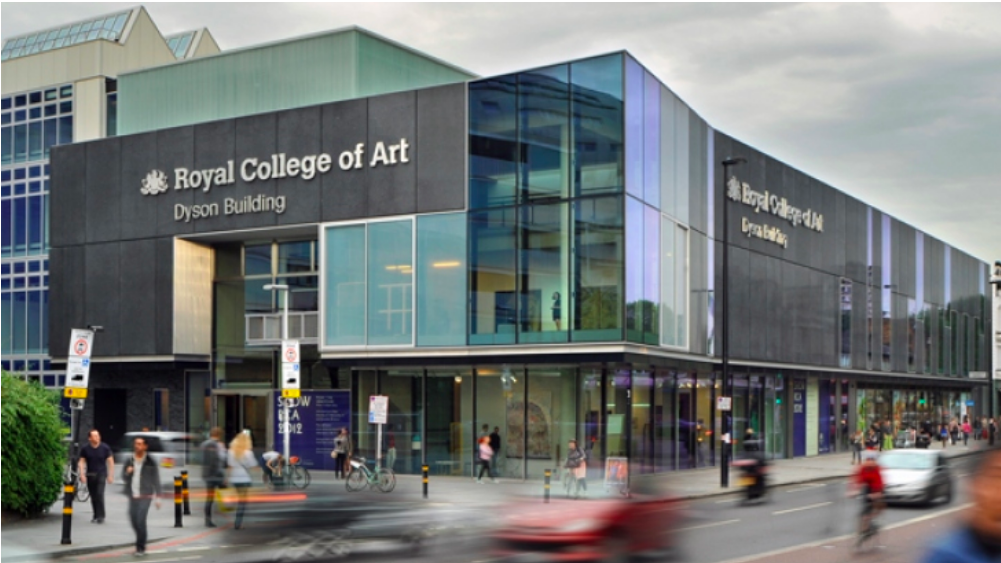 Many people assume that if you want to work in a creative industry, you can forego a traditional education. However, there is enormous value in studying an arts degree at university, especially if you study with the right institution.

The 5 UK universities we have listed below are all renowned for the quality of the arts education that they provide. Anyone who is planning on studying an arts degree of their own should begin their search with these institutions.

For the last 5 years, the RCA has been ranked as the best art and design university in the world by QS World University Subject Rankings. The university is comprised of four different Schools – Architecture, Arts & Humanities, Communication, and Design. The main university campus is in Kensington, one of the most picturesque parts of London.

University of The Arts London

The University of The Arts London comes a close second in the QA World University Subject Rankings, just behind the RCA. UAL has been climbing the rankings for a number of years and for the last 2 years has presented serious competition to the RCA.

UAL is the largest university specialising in art & design in all of Europe in terms of student numbers. In fact, with more than 19,000 students from 130 countries, UAL is one of the biggest and most diverse campuses in the UK. UAL only came into being in 2004, but it was formed by amalgamating several art, design, and fashion colleges that were founded in the 19th and 20th centuries. The university offers a range of courses covering these subjects and its staff consists of numerous professional artists and creatives.

The Norwich University of Arts is one of the UK’s leading independent arts universities. NUA specialises in arts, architecture, and design courses and is located in the heart of Norwich city’s cultural quarter. The university has been one of the UK’s most popular universities for art students and has been for much of its 170-year existence.

Norwich University has a very high success rate and the vast majority of its students will graduate from the university and go straight into a professional role. Of the just over 2,000 students that graduated from NUA in 2018, 94% are now either in work or completing further studies. If you would like to find out more about Norwich University, get to know this university here at universitycompare.com. University Compare makes it easy to find out more about universities throughout the UK. Whether you want to find more information about a specific uni, or you are trying to identify the best university for your future, University Compare has the tools you need to properly compare your options.

The Glasgow School of Art is one of a rapidly dwindling number of independent art universities in the UK. GSA first opened its doors to students in 1845 and since then has been responsible for producing some of the most talented and influential artists the UK has produced, along with a host of notable architects and other designers.

Glasgow is a hotbed of art and culture. While Edinburgh is the capital city of Scotland, Glasgow is widely viewed as the cultural capital of Scotland in much the same way that New York or Kyoto are in their respective nations. As a result, many GSA graduates elect to remain in the city permanently and embed themselves in the local creative communities.

Goldsmiths University is one of the most prestigious and renowned universities in the UK. This is a reputation that has been well-earned, and a quick glance at some of Goldsmiths better-known graduates tells you all you need to know. Goldsmiths alumni include Steve McQueen, Damien Hirst, and Antony Gormley, to name just a few.

Goldsmiths boasts a diverse student makeup, with around 1 in every 5 students coming from outside the UK to study. Thanks to the university’s stellar reputation, it has always managed to attract the top creative talent from around the world. Many people across the globe aspire to study at Goldsmiths.

The UK has always had a thriving arts scene and has been a cultural superpower for more than a century. This rich creative heritage is reflected in the range of high-quality universities and other academic institutions in the UK offering art & design courses. Whatever creative field you aspire to work in one day, there is a UK university that can provide you with the training and experience you need to make it a reality.