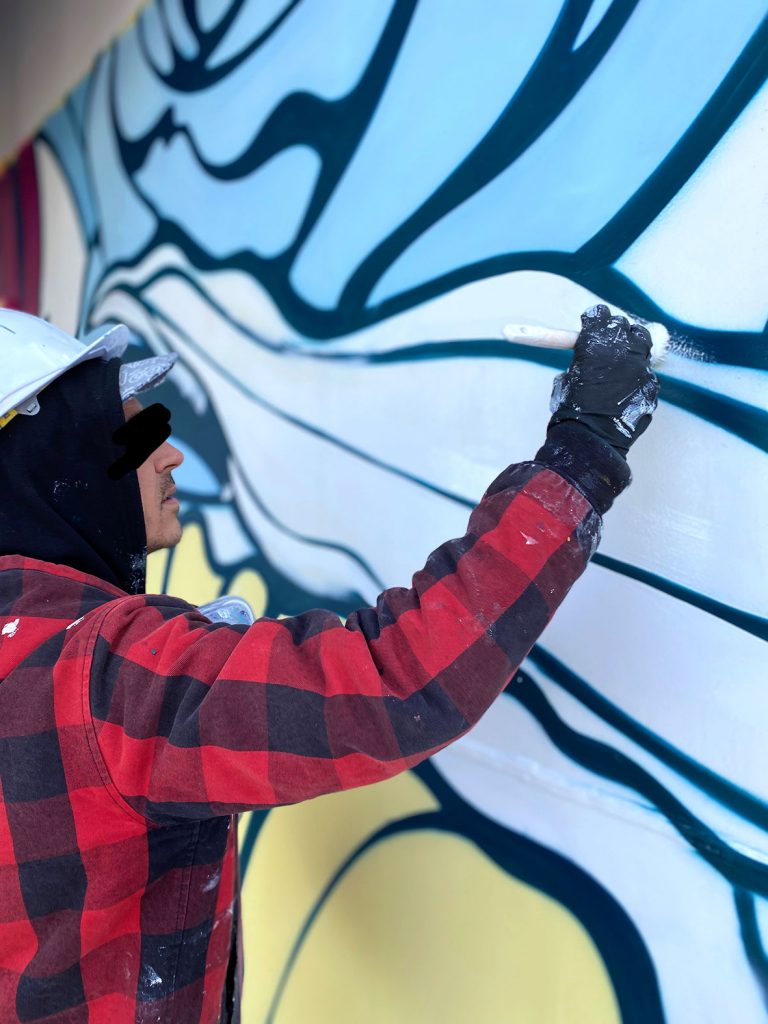 French street artist Nerone has revealed his latest work – two massive 1900+ sqft artworks – displayed aboard the Celebrity Apex Ship. He worked day and night for four weeks at the shipyard producing his biggest project to date. The paintings, that represent colourful flowers intertwined with feminine faces, are located on the upper decks 15 and 16 situated at the very top of the ship. Nerone was first contacted by the international art advisory company ICAR who had spotted his work on Instagram @nerone_lecoktail; ICAR then introduced him to the Celebrity Cruises Company, who loved his style and asked him to create original paintings for their new ship, the Celebrity Apex. 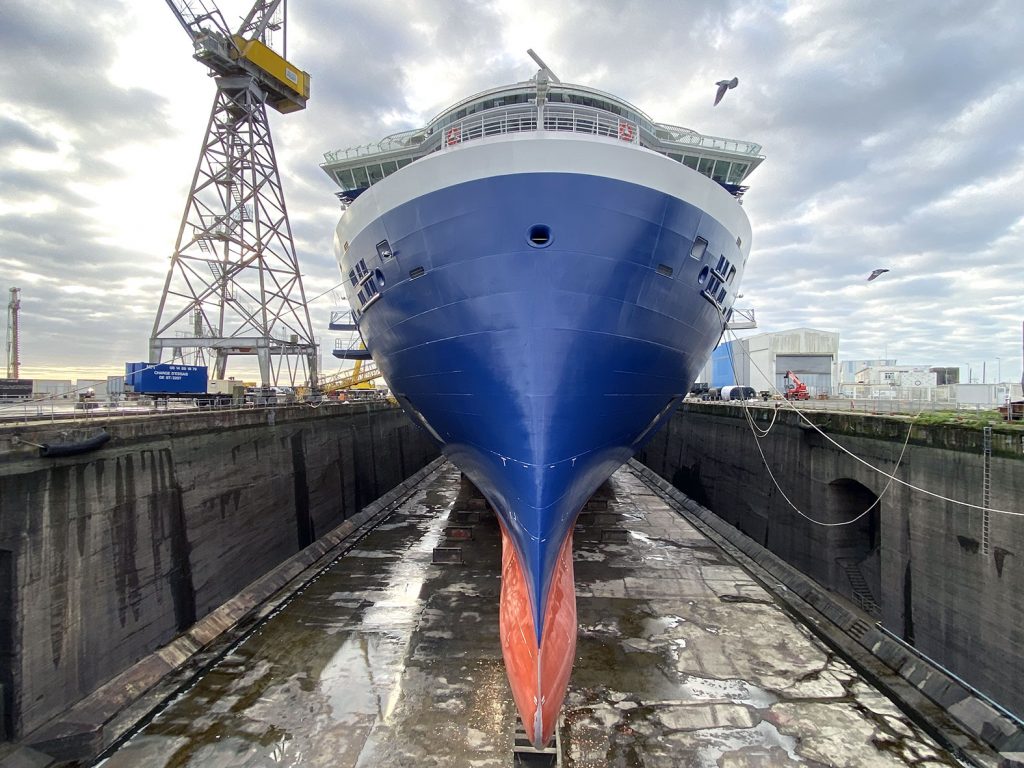 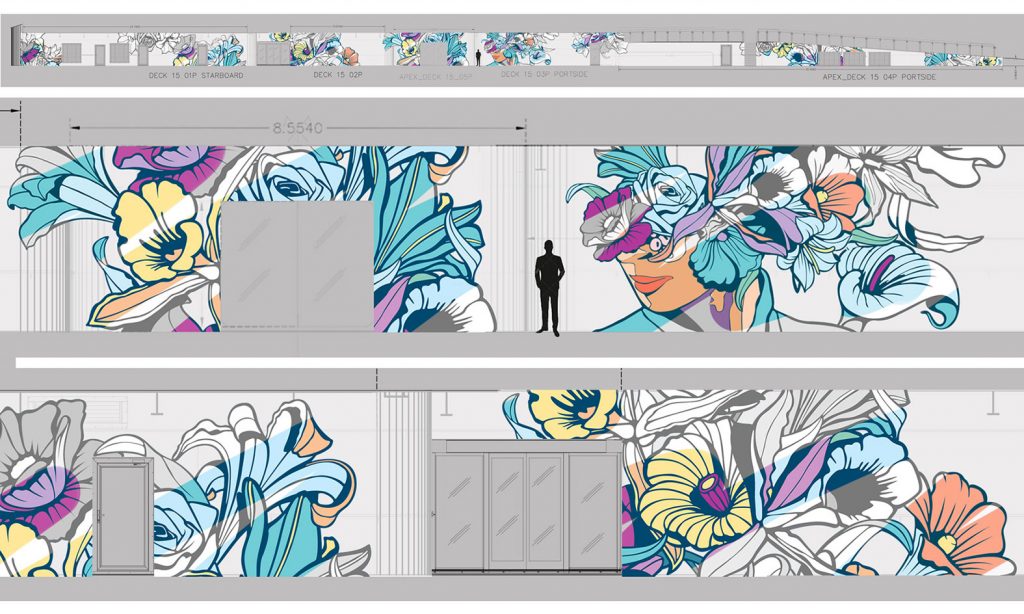 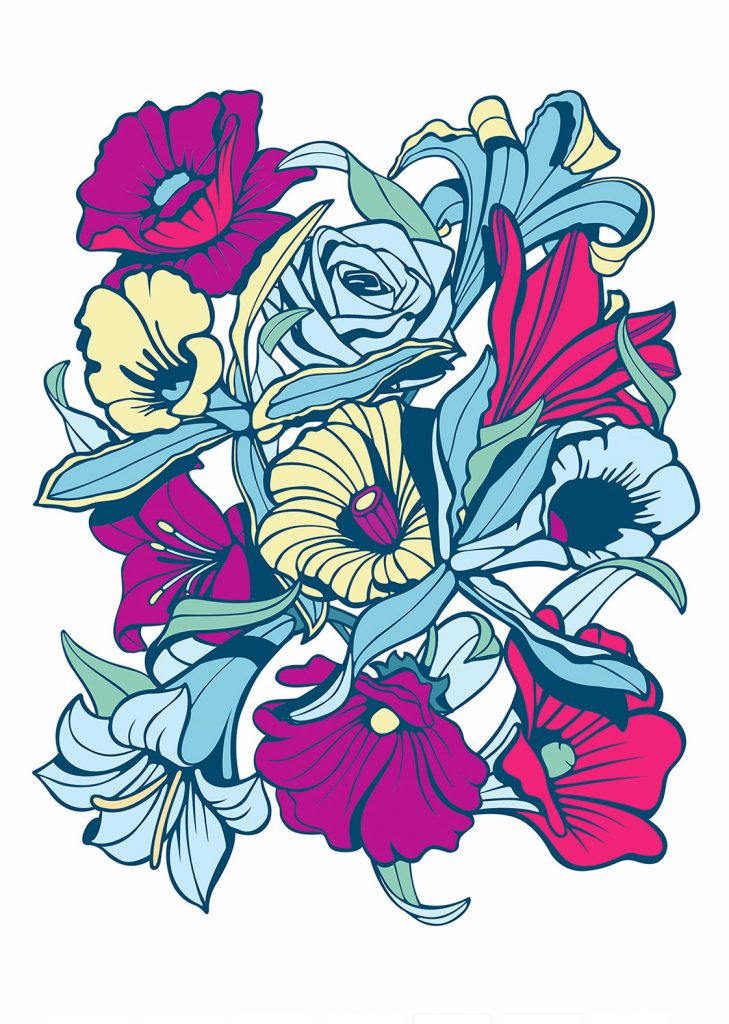 Following Nerone’s creative design process, translating his unique graphic style and vision to the Celebrity Apex, the work took place during February 2020 at the Saint-Nazaire shipyard, in the French region of Loire-Atlantique. The artworks took Nerone and his assistant four full weeks to be achieved, working from 7 am to 10 pm, 6 days a week. 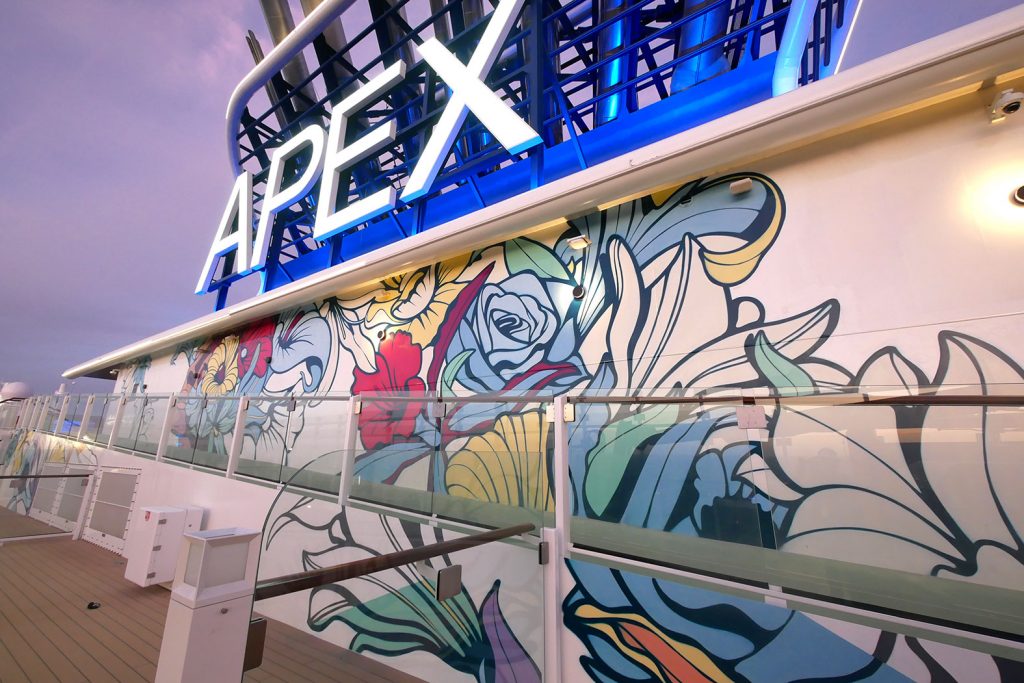 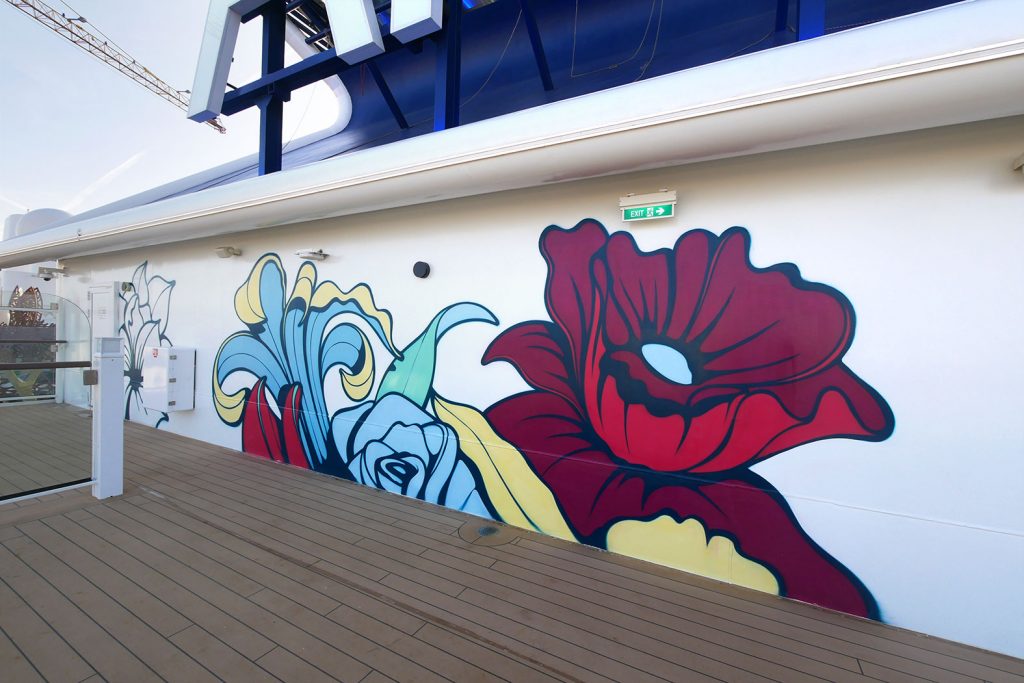 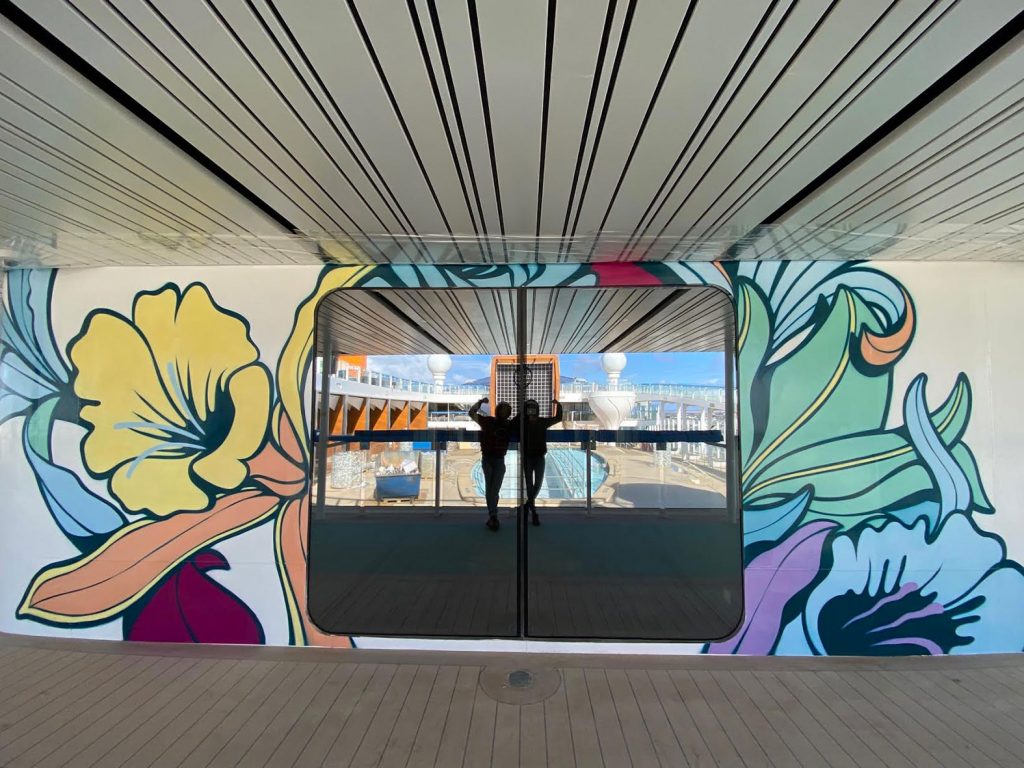 “We had to work under heavy rain almost every day for a month; and the strong gusts of wind coming from the Atlantic Ocean weren’t helping either!”

About the Artist
Nerone is a French street artist and graphic designer currently living and working in London. Since 2007, he has been commissioned to work for numerous artistic events around the world and for companies such as Danone, IKKS, or Jaguar. His colourful and outlandish walls can now be seen in many different places, including Paris, New York, Cartagena, Bangkok, Berlin, Marrakech and Seoul. 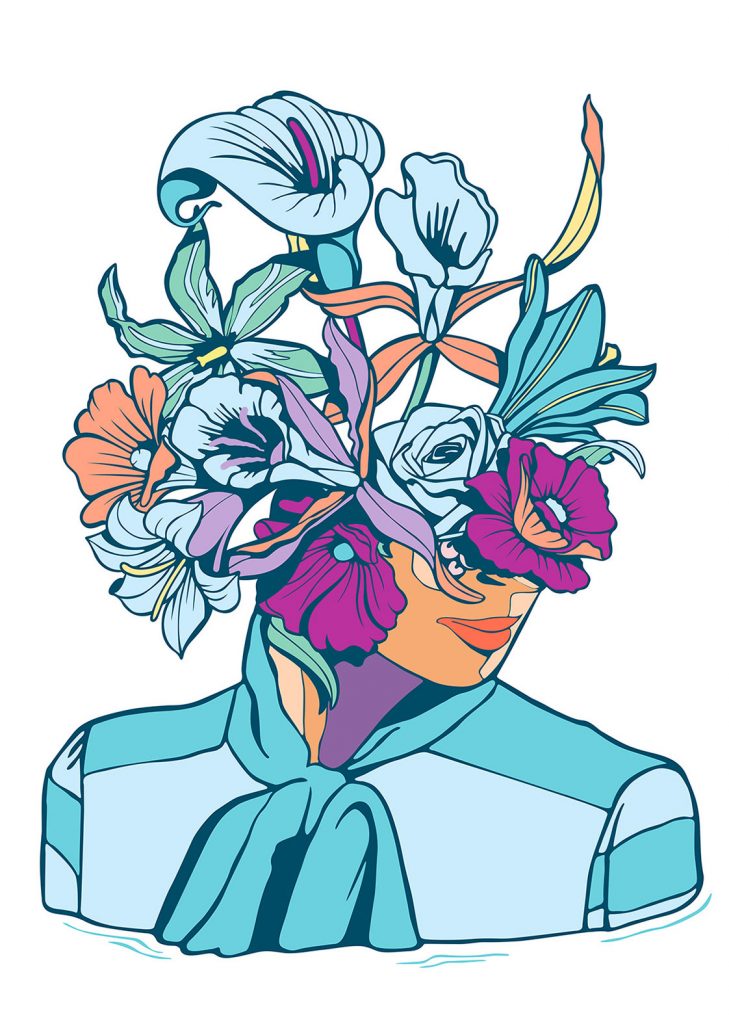