White Cube’s galleries in Bermondsey and Mason’s Yard will re-open to the public from Tuesday 16th June 2020. White Cube Mason’s Yard are showing an exhibition of work by Peter Schuyff. His first comprehensive show in London, it features large-scale acrylic paintings produced during the 1980s: a prolific period for the artist that saw the exploration and refinement of his abstract visual language. 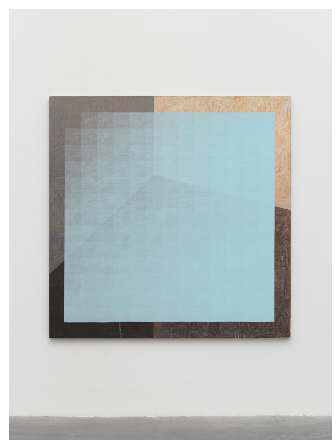 Born in Holland, Schuyff moved to Vancouver at an early age, attending the Vancouver School of Art before moving to New York in the 1980s. At a time of burgeoning artistic experimentation in the city, Schuyff soon became a central figure in the East Village scene, working for a period at Studio 54, sitting for Andy Warhol and living in the historic Chelsea Hotel. Associating with other contemporary painters including Philip Taaffe, George Condo and Peter Halley, he showed at the experimental, highly influential Pat Hearn gallery from 1983 onwards. During this period, Schuyff’s artistic language evolved from loose figuration to abstraction, creating large-format geometric paintings characterised by their accomplished use of colour and subtle manipulation of tones. Stating that the shift was driven by a conscious decision to ‘think of nothing’ while painting, Schuyff attempted to create works that were ‘emptied of meaning’. 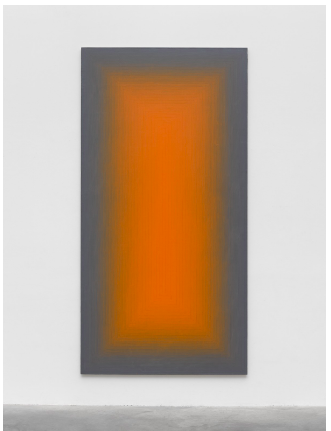 Emerging out of this ‘anti-conceptual’ framework, the paintings in this exhibition feature a variety of approaches to geometric abstraction. In some, a monochrome ground is overlaid with a grid (Untitled, 1988 or Black Jack, 1987) while in others, thinly painted geometric shapes hover over schematic spatial backgrounds (Untitled, 1985; Nicotine, 1984; Superstar, 1987). Employing layers of diluted acrylic paint, Schuyff’s deftly graduated tones create light across the picture’s surface, sometimes in direct opposition to the dynamics of its composition. In this way, there is a sense of tension, whereby each element of the painting’s surface appears to be in dialogue. In Untitled (1985), for example, a purple and dark-green checked pattern is punctuated with several distinctly lighter circular areas as if the composition has been lit by the beams of spotlights, which have formed neat pools of light on its gridded surface. In Untitled (1986), a checked composition in greens, yellows and blues becomes darker and builds in colour intensity towards its bottom right-hand corner, creating a systematic, diagonal chiaroscuro effect that counteracts the strict horizontal and vertical thrust of its axes.

Schuyff’s perspectival rigour and visible pencil grids make reference to the work of Sol LeWitt and Agnes Martin, and his use of red, blue, yellow, white and black nod to Mondrian and De Stijl. ‘Each element, when I did this or that, it all describes a vocabulary that was invented by Mondrian, Sol LeWitt… you name it. They used those elements for different reasons than I did. They had to think about it, I don’t, it’s available to me’, Schuyff has commented. In some ways, his paintings can be considered binary; a place where rigid serial abstract forms and patterns can coexist with a fluid and dexterous handling of colour, light and shadow, and where beauty can come close to garishness or pleasure can partner with repulsion.

Often imposing a set of strict rules within which to create a painting, Schuyff’s method allows for a systematized approach without overt painterly expression. ‘Some of my best abstract paintings were reduced to a clearly simple set of rules which I simply had to follow till the end. I have to pay a lot of attention while taking little or no responsibility’, he has said. In contrast to this approach, the forms in some works appear precise yet ethereal, spectrally hovering above a neutral ground. In Nicotine (1984), for example, the overlaid, thinly painted white squares create an irregular shape that floats against a schematic architectural background; a kind of geometric cloud veiling the corner of a room. Likewise, in Black Jack (1987), an infinite-seeming number of black rectangles create a diaphanous shadow that spreads diagonally across the painting, contrasting with a white background, broken by drips of black paint. In Untitled (1988), Schuyff pushes this language further, dissolving his grid entirely, from its defined, dark grey edges to a central orange haze, resulting in a dazzling field of pure colour that appears to glow, as if lit from within or behind.

White Cube will be making a few changes to how they do things so you can enjoy our exhibitions, while keeping yourself and our gallery staff socially distanced and safe. These include: reduced opening hours, mandatory timed visiting slots to manage visitor flow, designated routes through exhibitions, hand sanitiser distribution points, and digitised interpretation materials you can easily access on your smartphone.
You can book a slot here: whitecubebookings.as.me/schedule.php