Paul Mok is a New York-based and Hong Kong designer, architect, and artist. He relocated to the United States six years ago when he began studying at Harvard Graduate School of Design. His latest exhibition at Gallery GAIA, The Study of Mundane explores the idea of events that impact the everyday experience.

Gallery GAIA has been in Vinegarhill for over five decades that has been sectioned off into four sections for Mok’s show. This is not the first venue for The Study of Mundane but the quality and ability of the show to take form in other venues does speak to the concept of mundane in our reality. The concept of mundane is a direct question of how our daily activities, big and small are impacted, and more importantly how they change. 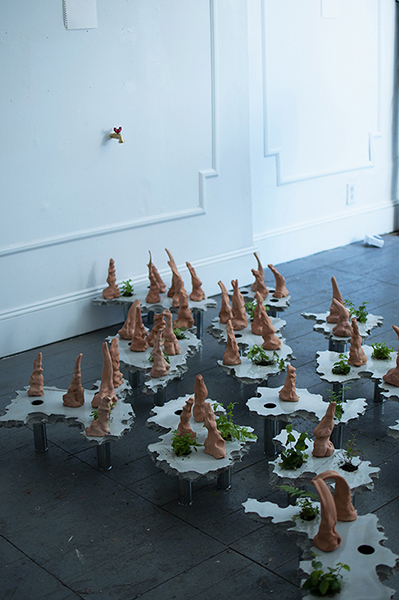 The four sections include sculptors, photographs, and site-specific pieces. There are 29 short writing pieces included in the exhibition.

In conversation with Mok, I wanted to know how the concept and definition of mundane impacted his work.

Since 2016, He has gradually walked away from a design method that is driven by singular concepts, and started filling that void that used to be the “concept” with collections of seemingly unrelated elements – short writings, aimless strokes on paper, found Youtube footage, secondhand furniture, etc.. He came to realize that the essence of design is not about bringing a concept into reality but letting reality – a specific set of circumstances, the mundane – be translated into and addressed through the design process. 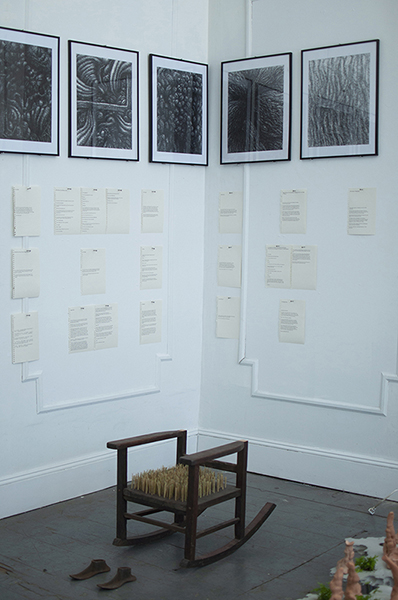 Installation image at Gallery GAIA: “The Story of Mundane” a solo exhibition by Paul Mok

Right now as the world is understanding a new normal his artistic design theory is inevitably impacted. He described this as chaos. By “the current state of the world”, when you are talking about chaos, an externally-driven existential crisis, a substance so impoundable that renders most “hammers” futile. For Mok, someone who grew up in Hong Kong, such a crisis didn’t begin with the virus. It began with the outbreak of the big protest back in June 2019.

In any case, except on the most pragmatic level, he doesn’t really believe in addressing an immediate crisis directly through design/art. The design/making process itself would serve to be the intersection between one’s philosophy and the given state of the external world, I think.

The show and Mok’s work is an in-progress analysis. We are able to understand how similar to our own journies that a definite end doesn’t exist.