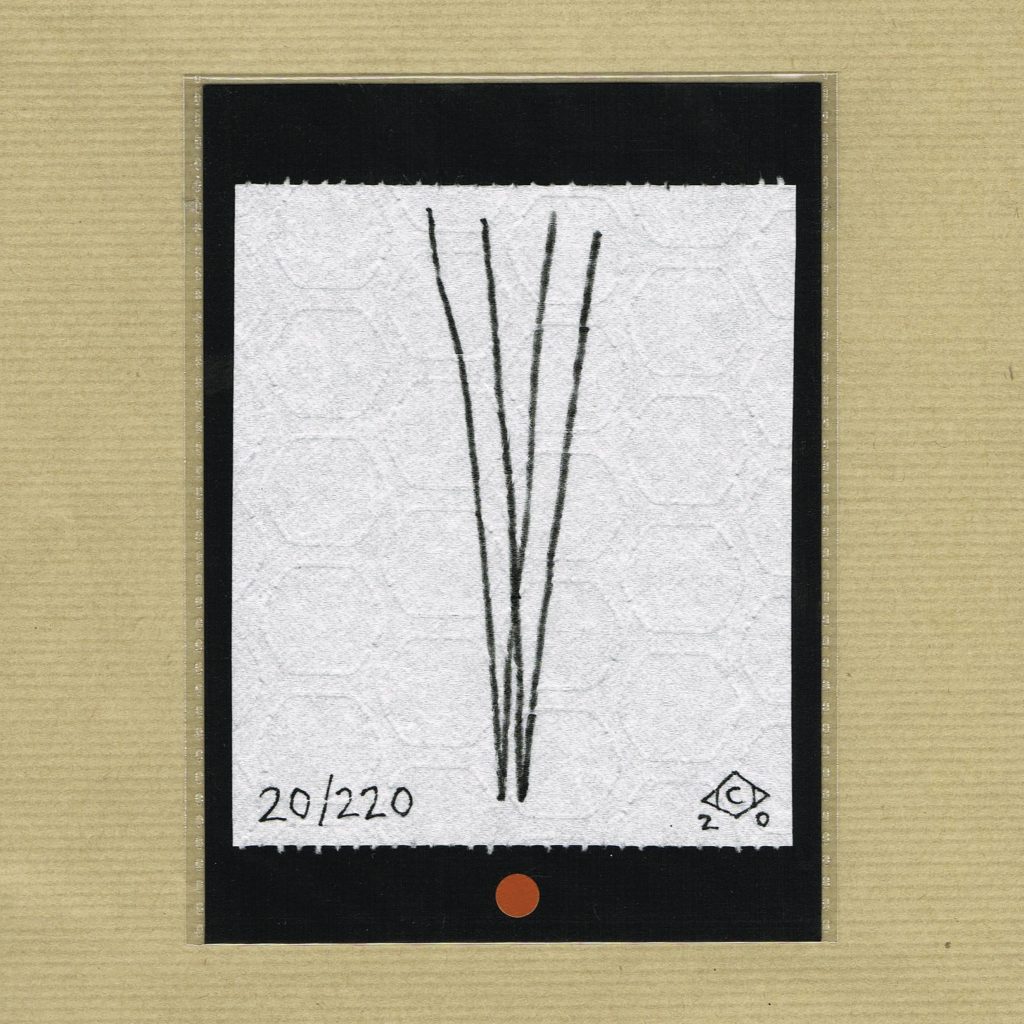 Conrad was inspired to adopt this new medium by pictures of empty shelves hitting headlines. The drawings are a monument to the dystopian vision of empty shelves in supermarkets nationwide, thanks to people panic-buying every pack of toilet paper in sight in preparation for lockdown.

Conrad has channelled this pandemic into his art. From the personal mentorship of Maggi Hambling CBE since 2007, Conrad has learnt to be always radical, and always searching for new meaning and truth in the smallest detail of the everyday. Coupled with this Conrad is always equipped with a sense of the ridiculous: which panic buying loo roll to battle an invisible virus surely is…?

Of the project, Conrad has explained: “I think it’s a curious souvenir of pandemic, and a crack of humour in strange times. Definitely a moment for art to show its healing potential, while at the same time not forgetting to be polemic. There are layers to the work, no matter how apparently simplistic.”  By drawing on something so ordinary, something so mundane and dare I say everyday (who doesn’t reach for a roll at some point through the day…?), Conrad is playing with that eternally elusive question: What is Art? Like Marcel Duchamp and Damian Hirst, before him, Conrad has extracted a material from everyday life, added his signature and framed it, thereby performing a mysterious transformation upon the humble sheet of toilet paper, from anonymous sanitary product, to potentially valuable Art object. This metamorphosis is made more poignant, by the recent increase in demand for toilet roll. As ‘SHARD BOG ROLL’ highlights, every sheet of is now a ‘valuable’ commodity. 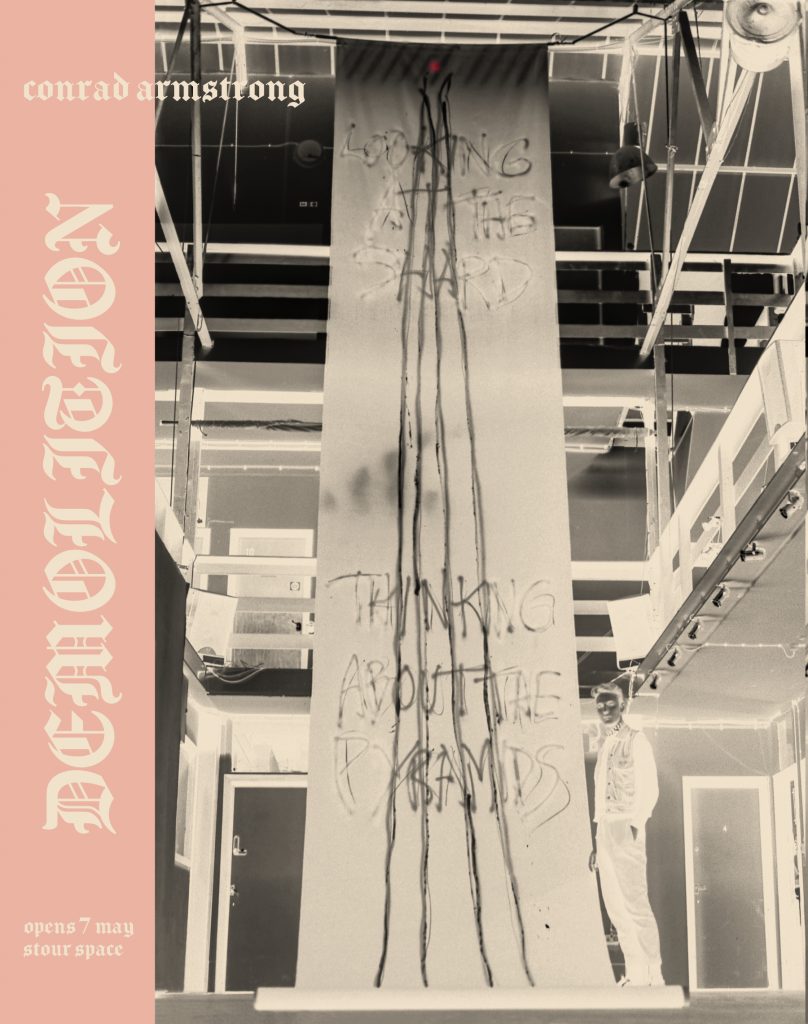 As this project demonstrates, Conrad is never one to let bad news stunt his creativity. He has turned the news of his latest solo show’s, DEMOLTION, postponement on its head…quite literally! For the ‘SHARD BOG ROLL’ series he has reimagined the subject for his largest scale painting to date, ‘looking at the shard, thinking about the pyramids’. Reducing London’s ‘most pointlessly tall building’ in scale, he has minimised its form to a skeletal outline with his simple line drawings, and inverted its shaft. 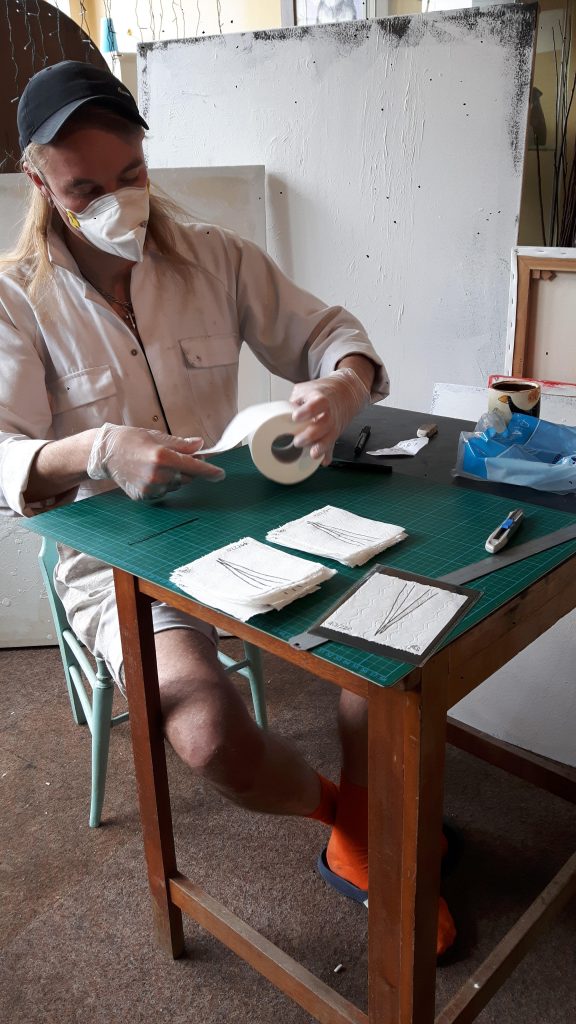 When looking at the jagged, down-turned, pyramid of the shard in Conrad’s line drawings, I can not help thinking of the underworld of classical mythology. The myth of Orpheus and Euridice, or Persephone and Hades are haunting with their tales of loss and dalliances with death. As the death tolls mount daily for victims of the alien coronavirus, these myths take on a renewed relevance today.

The myths can be read as analogies for life in lockdown. Many of us may now feel like poor Persephone, who was abducted by the lustful Hades (Covid 19) from the warmth of her mother, Demeter’s, pastoral realm on earth (our old life filled with travel and social meetings).

The theme of an earthly hell is a preoccupation within Conrad’s work. London, with its maze of boroughs and tube zones divided into distinctive neighbourhoods by widely varied architecture, radiates out from an historic, and now vastly commercialised, centre. Conrad’s reads the city he calls home like the circles of hell in Dante’s Inferno: Limbo (suburbia), Lust, Gluttony, Greed, Anger, Heresy, Violence, Fraud and the fires of treachery at its centre (Westminster). Inspired by his 10 mile bicycle commute from his home in Streatham, to his studio in Hackney Wick, this concept is elaborated by Conrad in a 100 page psychogeography of London he is yet to publish. 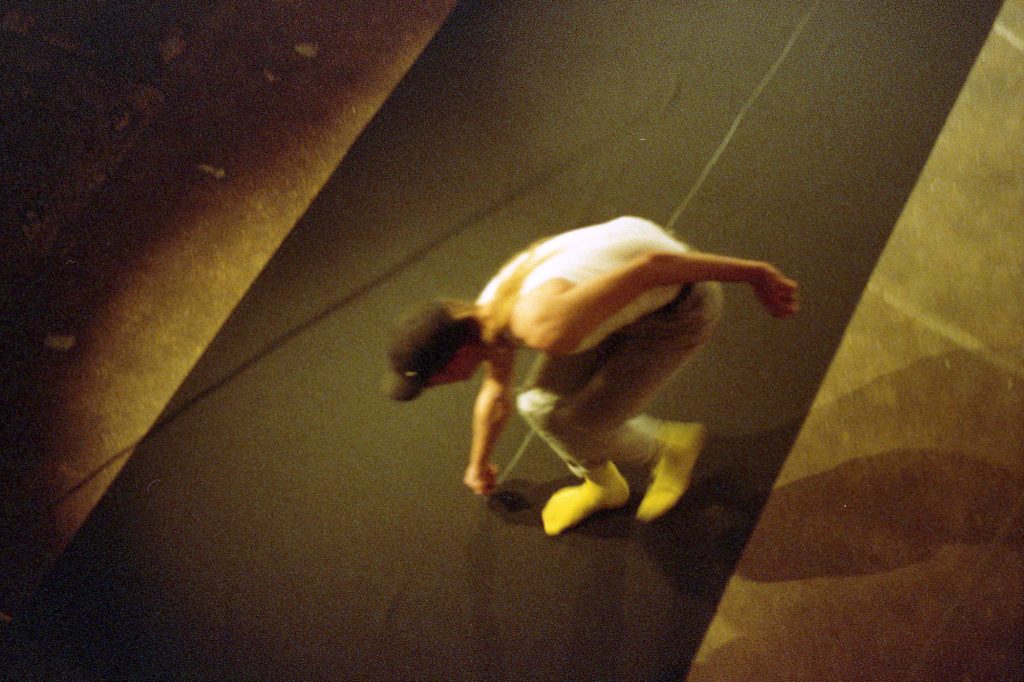 Conrad Armstrong painting ‘looking at the shard, thinking of the pyramids’ (Image by Aurelie Lagoutte)

The small sheets of toilet paper inked with the image of the Shard seem to be relics or gathered memories from this bygone pilgrimage. Another layer of the onion, with which Conrad continues to play with the relationship between the abstract and physical parameters of space, lies in the combined length of the 220 individual sheets of toilet paper he has drawn on. Stretched out in a continuous line, 220 sheets would mimic the length of Conrad’s monumental painting, ‘looking at the shard, thinking about the pyramids’. A toilet roll, can also, with the help of lockdown stretching the capacity of our imaginations, be seen as a metaphor for the circles of hell in Dante’s Inferno: the 2 ply sheets of paper (vices) encircle a hollow centre (treachery).

The actual building of the Shard now stands empty of the regular site-seeing tourists and business men and women that mill around its base and fill up its core. No longer do people come flocking to London’s modern monument of commerce. Thanks to lockdown the offices, restaurants and hotel rooms are empty of guests and employees. The Shard has in many ways been made redundant, like so many of its fellow Londoners. Yet, does it take on a new symbolic meaning as an immovable mark on London’s 21st century skyline? And is ‘SHARD BOG ROLL’ a savvy business move (Conrad is selling each sheet for £9.99) or a powerful artistic monument to a moment in global history? I will let you decide…