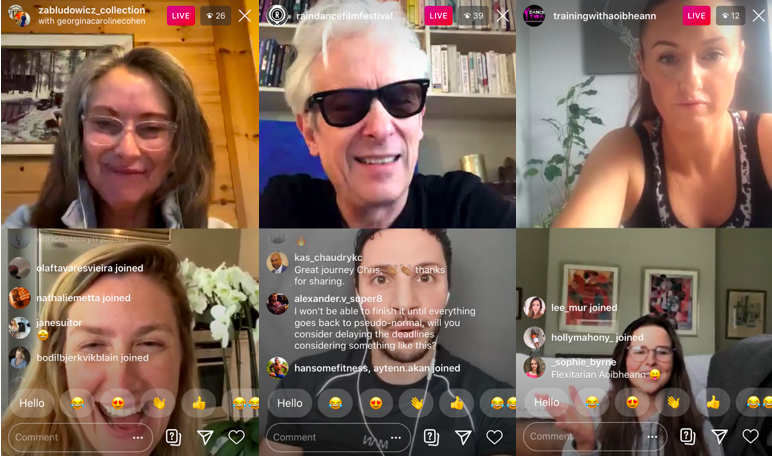 One consequence of the current pandemic is the rise of public online video talks between businesses, creatives and thought leaders. This week, Ai-Da Robot, the world’s first ultra-realistic robot artist, and human artist and sculptor, Sadie Clayton, have launched a mini-series of Zoom talks unlike any other. In the first of seven videos, Ai-Da talks to Sadie about her artistic hero, they discuss their favourite motivational quotes, and Ai-Da recites a poem by Frida Kahlo. 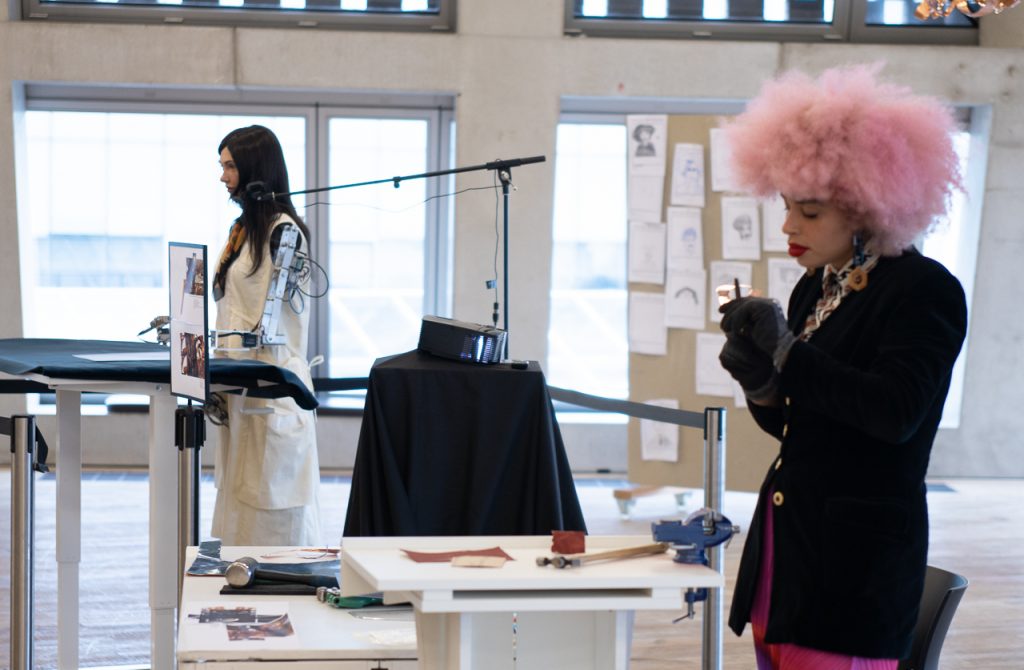 The duo first collaborated last October at the Tate Modern’s Tate Exchange for a week-long workshop dealing with art, identity, and technology. Using Ai-Da’s sketches, Sadie created a copper sculpture on site. The pair will soon reunite for a Women@MicrostUK workshop. Details to be released soon.

In the meantime, join Sadie @iamsadieclayton and Ai-Da @aidarobot via IGTV every Tuesday and Thursday at 6pm GMT for new instalments of their series.

Ai-Da is the world’s first ultra-realistic robot artist. Completed in 2019, Ai-Da is an artificial intelligence robot who makes drawings, painting, and sculptures. She is named after Ada Lovelace. Ai-Da was designed by Engineered Arts, a Cornish robotics company, in collaboration with algorithms developed by scientists at the University of Oxford, and robotic arms and hands developed by AI engineers at Leeds University. Her face and head were built using “Mesmer” technology – the same technology responsible for the robots in the HBO show Westworld – with the goal of creating a mixed-race appearance. She uses a camera in her eye to draw with her robotic arm.

Sadie Clayton graduated from Kingston University in 2013 with a BA Honors Fashion Design. Fascinated by design and innovation, Sadie took these foundations to explore the creative boundaries between art, technology and fashion presenting her Spring /Summer 2017 collection at the Royal Academy of the Arts in holographic form in collaboration with MHD holograms, creating bespoke content with Adobe films for their Visionnaires story, and FisForFendi, and presenting her working process with copper through Augmented Reality for her Spring/Summer 2018 collection. Sadie was invited to create a video by Art Fund for the V&A museum exhibition of Frida Kahlo, a huge inspiration for Sadie’s work.
Sadie follwed this up with a showcase and demonstration of the art of working with copper metals as part of the Nick Waplington / Alexander McQueen: Working Process exhibition at the Tate Britain.

Annka Kultys Gallery celebrates its fifth year anniversary with Do Robots Dream of Electric Bees?, a ground-breaking, first commercial gallery exhibition of the work of an artificially intelligent artist.