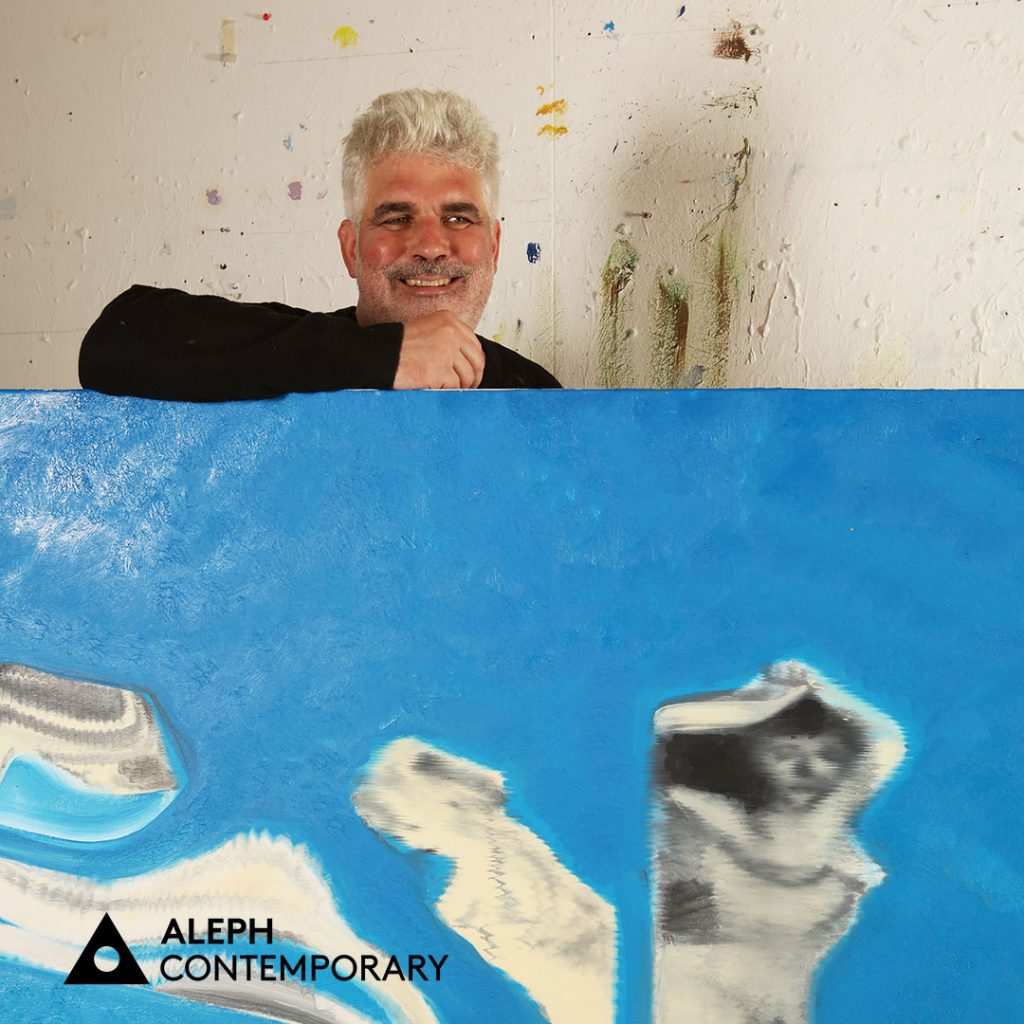 You can view the exhibition Unfolding Man in a 3D virtual gallery space. 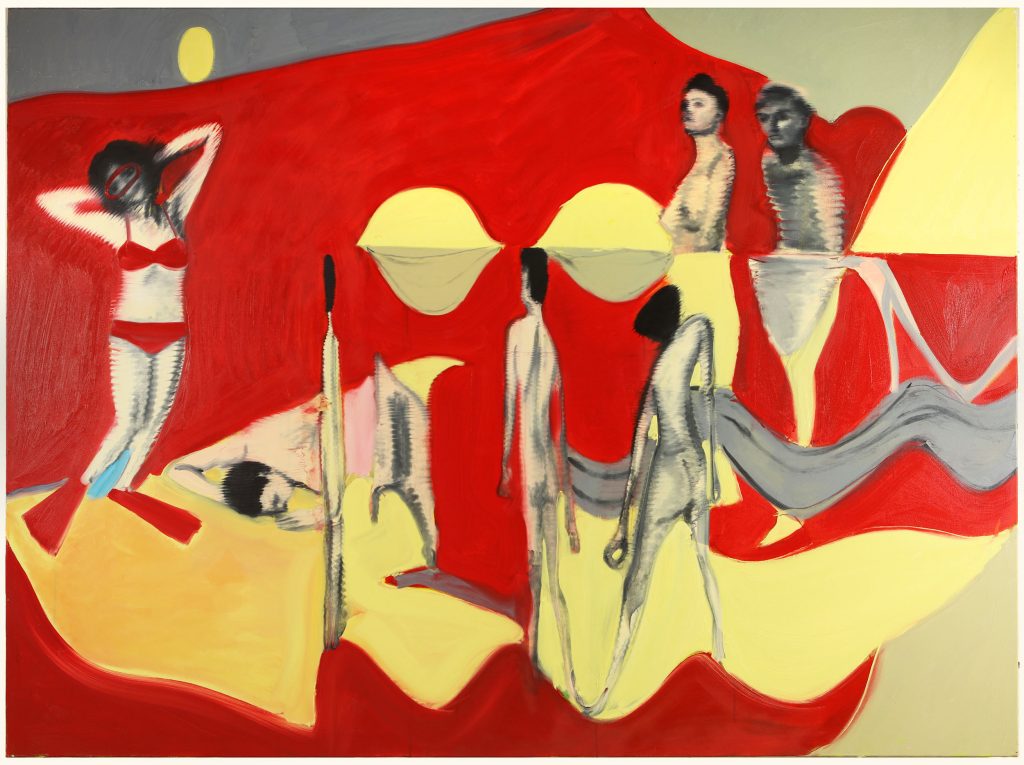 “The reality of human interaction occurs at a level below language. I’m interested in the way people relate, penetrate and transform each other’s consciousness and I’m trying to show the figure as part of a total matrix of other figures.”

Dan Coombs’s practise begins with a series of smallish collages, exclusively depicting and using the nude, either as a single motif and form or using multiple nudes throughout one composition. Essentially, the collages are drawings for larger paintings. 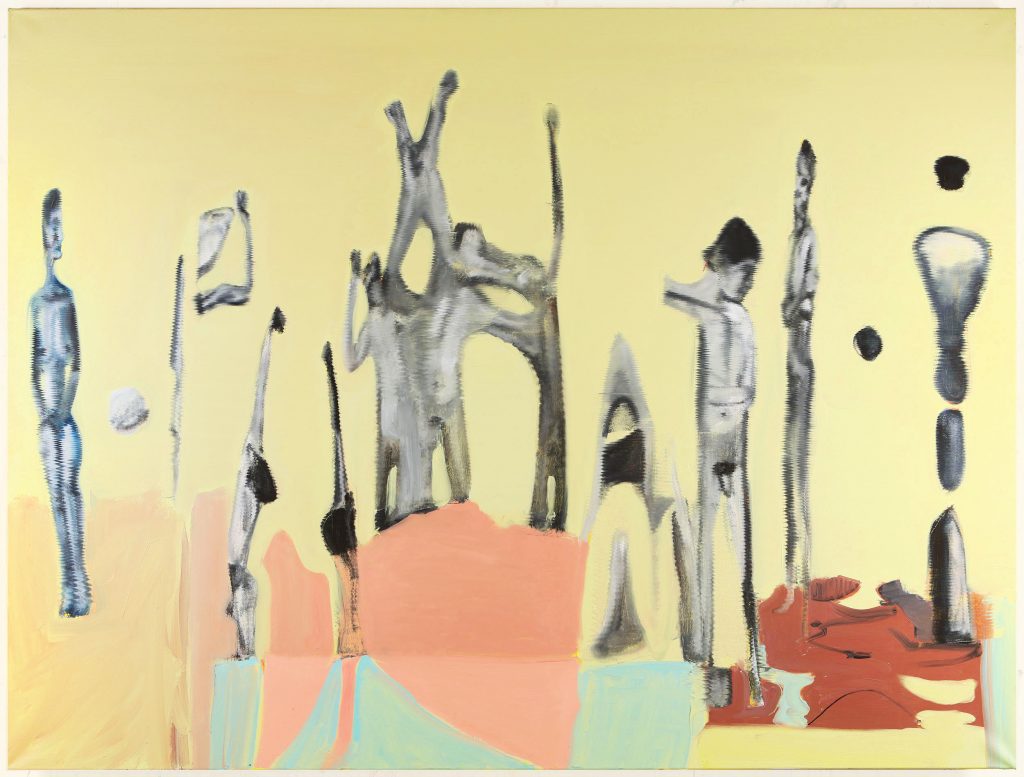 At the ‘drawing stage’, the nude is a photocopy (more recently the photocopy is shifted during the process of copying to create distortion and blur) fixed to the surface of the canvas amid interior and exterior arrangements of space using acrylic paint. The arrangements of the nude may appear arbitrary or random but this would be a misunderstanding. Compositional decisions are both intuitive and conscious, focusing on pictorial and psychological relations between the figures, creating a tense symbiosis between an historical understanding of the nude through art history and a more personal or ‘felt’ contemporary awareness. A drawing that ‘works’ is then used to make a large dynamic painting.

The painting entitled Windsurfers establishes a pictorial and psychological symbiosis with striking confidence. Built almost entirely from red and Naples yellow, it swings between playful openness and an insecure, nervous tightness. The red background or field of space suggests a curtain (hiding shame) or a bullfighters red muleta (teasing or flirting with confrontation). The sun, peeping over the red curtain like an eye, witnesses the funny, sexually open confidence of the woman wearing red flippers, and the shrinking nervous self-esteem of the men observing her. The continuity and rhythm of the all-over painting (reminiscent of much post-war painting) and the ease with which the image is rendered with a cartoon openness singles this painting out as typical of the psychological drama contained within Coombs’ paintings, disguised by a fresh directness. More recently, there is a sense of ‘emptying out’ in a series of black paintings where the nudes seem to swim, float or dance in and on the surface of a black ground, rather reminiscent of Victorian fairy photographs, evoking an upside down psychology in the spirit of Lewis Carroll. 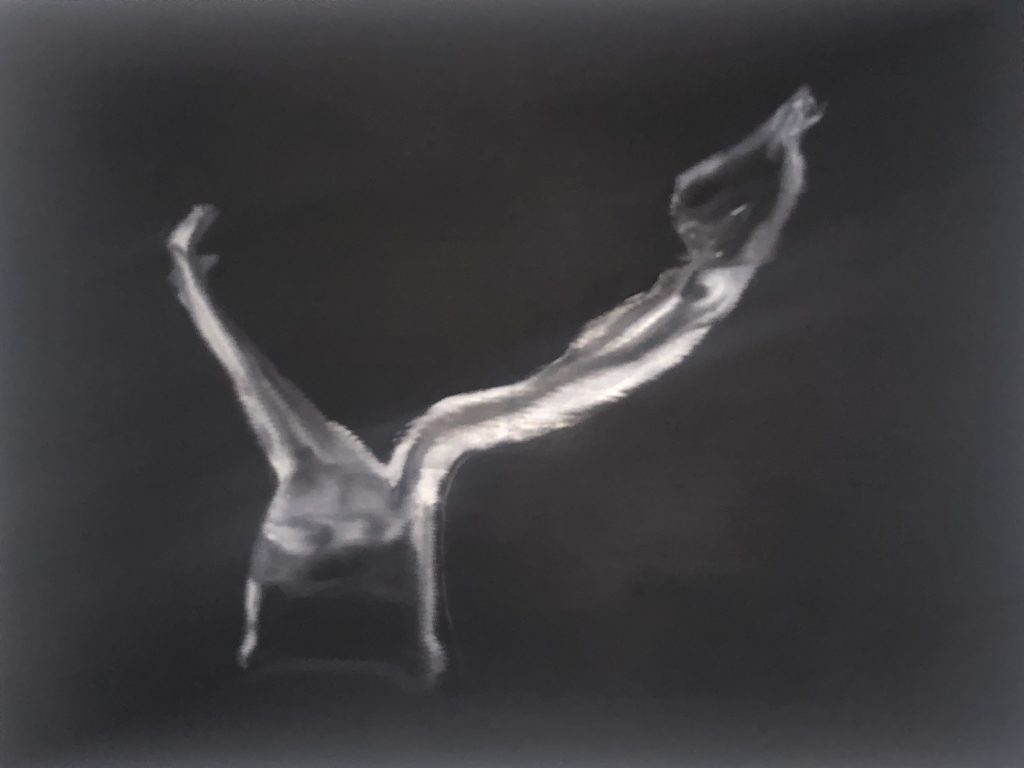 What is manifested by these paintings comes from the interaction between the figures and their position within the composition. In Unfolding Man, a female figure to the left of the painting, watches a group of figures that are a male figure’s own projections or reflections. Beginning with the broken down figure at the far right of the painting (pushed almost to the point of abstraction) we gradually move from shapes and marks to a cluster or group of forms reminiscent of figures or the cumulative layers of the self. Between the polarity of fragmentation and a full form we witness a self diagnosis which mirrors itself, yielding a narrative that is about a relationship the painting has with the multi-layered structures of the individual’s psyche, and a reflection on the transformative power of art.
Peter Ashton Jones, March 2020

You can view the exhibition Unfolding Man in a 3D virtual gallery space. 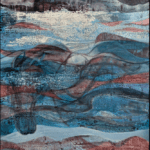 In our compartmentalised art world, it’s perfectly possible for an artist to be represented in national collections and remain completely […]