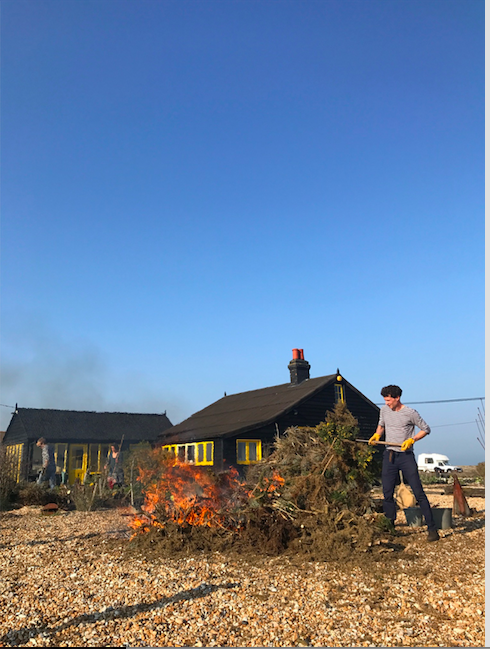 Art Fund’s director Stephen Deuchar announced today that the appeal to save artist and filmmaker Derek Jarman’s Prospect Cottage for the nation has successfully reached its £3.5-million target in just 10 weeks, with a final total of £3,624,087. Over 8,100 donations have been made by the public – nearly 2,000 of them in the past week alone, despite the significant changes happening to people’s lives – and further funding has come from leading charities, trusts, foundations and philanthropists. The campaign was supported by major grants of £750,000 from the National Heritage Memorial Fund, £500,000 from Art Fund and £250,000 from the Linbury Trust, as well as significant support from the Luma Foundation, the Roger De Haan Charitable Trust, the John Browne Charitable Trust and the Ampersand Foundation. 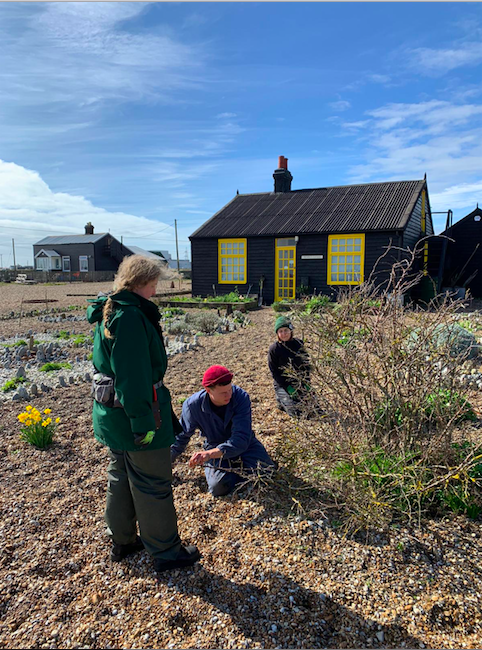 The success of the campaign will enable Art Fund to purchase Prospect Cottage from the Keith Collins Will Trust, and to fund a permanent public programme, the conservation and maintenance of the building, its collection, its contents and its renowned garden. Before Art Fund’s appeal, Prospect Cottage had been at risk of being sold privately, its contents dispersed, and artistic legacy lost.

Creative Folkestone, Kent’s leading arts organisation, will become the custodians of Prospect Cottage, with income drawn from a permanent endowment to cover maintenance of the building and garden, as well as a residency programme for artists, academics, writers, gardeners, filmmakers, and others interested in Jarman and his work. The selection and the management of these will be overseen by Creative Folkestone, with support by Art Fund, Tate and others, to mirror the remarkable breadth of Jarman’s artistic practice, with a huge range of creative activity. The garden will be reinvigorated and restored to the vibrancy it had during Jarman’s lifetime. And for the first time, members of the public will also be able to see inside the cottage, by appointment, through a programme of guided visits.

‘Creative Folkestone is delighted to see that so many people, many of them from our county and community, have supported the Art Fund campaign to save Prospect Cottage. We are honoured to be entrusted with the responsibility of caring for this masterful artwork. Over the coming years we will begin a journey of ensuring that the long lasting legacy of Derek Jarman in Dungeness will continue to inspire artists, activists, creatives and gardeners as they take up residency and make work for us all to enjoy. As we celebrate this successful campaign to save Prospect Cottage and continue a great artists legacy, we are once again reminded that, now more than ever, art offers hope.’

Jarman’s archives from the cottage – comprising notebooks, sketchbooks, letters, drawings and photographs – will be placed on long-term loan to Tate Archive, the national repository for British art. They will be housed in the Hyman Kreitman Reading Rooms at Tate Britain in optimum conditions and will be made publicly available for the first time later this year. The material includes Jarman’s notebooks, sketchbooks, letters, drawings and photographs, including the notebook he used when working on his final feature film Blue (1993). Other highlights include the BAFTA he was awarded in 1992 for outstanding British contribution to cinema, his personal SLR and Super 8 cameras, and an address book in which he illustrated each entry with collaged photographs of his friends. The cottage also contains documents relating to Jarman’s personal life, activism, painting and filmmaking, alongside his library of books covering subjects from Victorian art to medieval alchemy, quantum physics and occult philosophy.

In what has become the largest ever arts crowdfunding initiative, run via Art Fund’s Art Happens platform, Art Fund has received 8,119 donations from over 40 countries around the world. The campaign was launched on 22 January 2020 with support from leading artists and advocates who gave works and experiences as rewards in return for donations. They include artists Michael Craig-Martin, Tacita Dean, Jeremy Deller, Isaac Julien, the Peter Marlow Foundation, Howard Sooley, Clare Twomey, Wolfgang Tillmans, Peter Fillingham, landscape designer Dan Pearson and gardeners Fergus Garett and Jonny Bruce. Artist Peter Doig also donated a work which was sold in support of the campaign, while artist David Hockney made a substantial personal donation to the appeal. 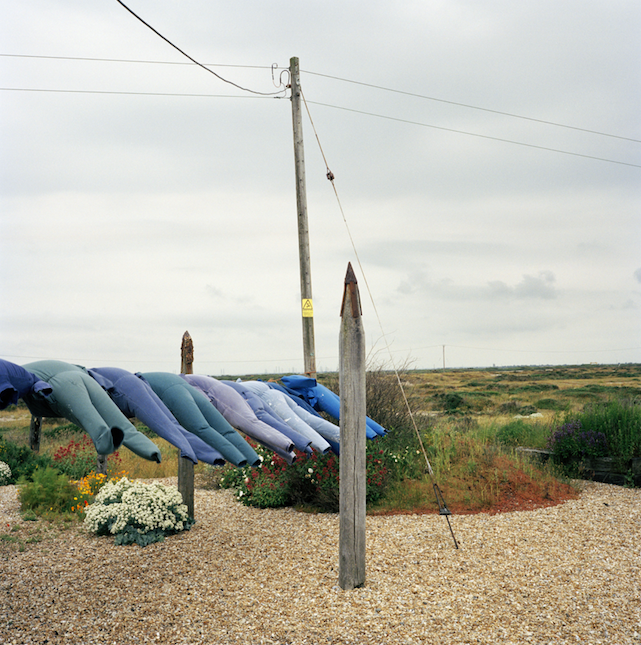 ‘Securing the future of Prospect Cottage may seem a minor thing by comparison with the global epidemic crisis which has recently enveloped all our lives. But Derek Jarman’s final years at the Cottage were an inspiring example of human optimism, creativity and fortitude battling against the ravages of illness, and in that context the success of this campaign seems all the more apposite and right for its time. We are deeply grateful to no fewer than 8,119 individuals and institutions who made donations large and small, and to the artists – led by Tacita Dean and Tilda Swinton – whose material support for the crowdfunding and publicity initiatives was so influential. Above all we thank the trustees of the National Heritage Memorial Fund, the largest funder, whose £750,000 grant was a proud and public affirmation of the importance of Derek Jarman’s major contribution to the history of art and film, to queer culture and identity, and to the long British tradition of political activism.’

Derek Jarman protégées, Oscar-winning actor Tilda Swinton and Oscar-winning costume designer Sandy Powell, rallied support from the film world throughout the campaign. Powell donated the cream calico suit she wore to the 2020 Critics’ Circle, Bafta and Oscar ceremonies – during which she gathered over 200 signatures from those working across the film world including Scarlett Johansson, Brad Pitt, Renée Zellweger, Bong Joon Ho, Leonardo DiCaprio, Robert De Niro, Al Pacino, Elton John, Joaquin Phoenix, Laura Dern, Spike Lee and Saoirse Ronan. In addition to the £16,000 the suit fetched at Phillips Auction House, Powell’s advocacy for Jarman introduced a new audience around the globe to the Prospect Cottage appeal, stealing headlines throughout the 2020 awards season and motivating thousands of pounds in donations. 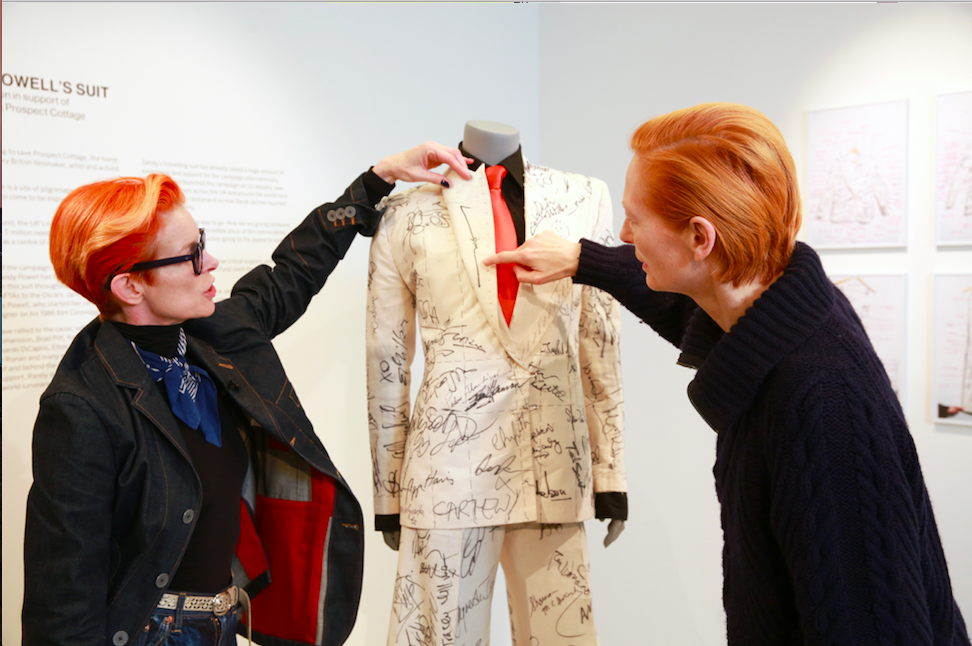 ‘When Derek initiated the project of making of this little house on the shingle the unique and magically empowering space it has come to be, not only for him, but for so many of us, it was at a time of intense uncertainty and fragility in his own life. That our casting the net of our appeal to keep this project alive has coincided with the phenomenal global challenge to community with which we are currently faced – and that that net has still come in so full of bounty – has only served to prove how invaluable this vision of future is to us all.’

After Jarman purchased Prospect Cottage in 1986, it quickly became a source of inspiration and a creative hub where his parallel artistic practices and collaborators came together. Today it represents the most complete distillation of his pioneering creativity across film, art, writing and gardening: from his 1990 film The Garden starring Tilda Swinton, to his journal, Modern Nature, to poetry etched in the glass, to driftwood sculptures and the remarkable garden he created on the shingle beach. More than 25 years after his death, Prospect Cottage continues to be a site of pilgrimage for people from all over the world who come to be inspired by its stark beauty and by Jarman’s legacy. The cottage and its contents are now being sold following the death in 2018 of Keith Collins, Jarman’s close companion in his final years, to whom he bequeathed the cottage.