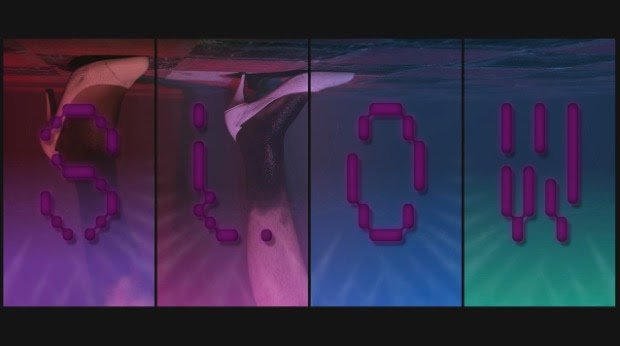 SLOW DANS, the most ambitious installation to date by Turner Prize-winning artist Elizabeth Price, will be presented by Artangel in a 19th century assembly room on Borough Road in London from 1 May – 28 June 2020. This will be the first major presentation of Price’s work in London since she was awarded the Turner Prize in 2012.

Fusing the crispness of pop with the complexity of weaving, Price has created a trilogy of dazzling new multi-screen works that delve deep into social and cultural histories, from the decline of the coal industry to the sexual politics of the office.

Made sequentially in 2018 – 2019, the trilogy of works narrates alternative visions of past, present and future, syncopated across ten screens. In KOHL, synthetic voices track the movement of an inky fluid as it travels along the flooded tunnels of abandoned coal mines and seeps into underground carparks. FELT TIP features neckties from the 1970s and 80s and links their motifs to emerging information networks and subversive fashion. The final work in the trilogy, THE TEACHERS is a futuristic ghost story that imagines an epidemic of muteness that has spread through the professional classes.

The virtuosity of Price’s editing, the brilliant stitching together of images, sounds and voices, mark her out as one of the most distinctive moving image artists working anywhere in the world today.

Elizabeth Price was born in Bradford and lives and works in London. Her work has been exhibited at the Art Institute of Chicago, the Walker Art Center, Minneapolis, the Baltic, Gateshead, Julia Stoschek Foundation, Düsseldorf, the New Museum, New York and most recently in the survey show Elizabeth Price: A Long Memory at the Whitworth, The University of Manchester.

SLOW DANS is a collaboration between Artangel, Film and Video Umbrella, Nottingham Contemporary, Walker Art Center, Minneapolis and the Whitworth, The University of Manchester.

Artangel has today announced Thinking Time – a special initiative to support early-career artists to research, reflect and develop their ideas, with the generous support of the Freelands Foundation.