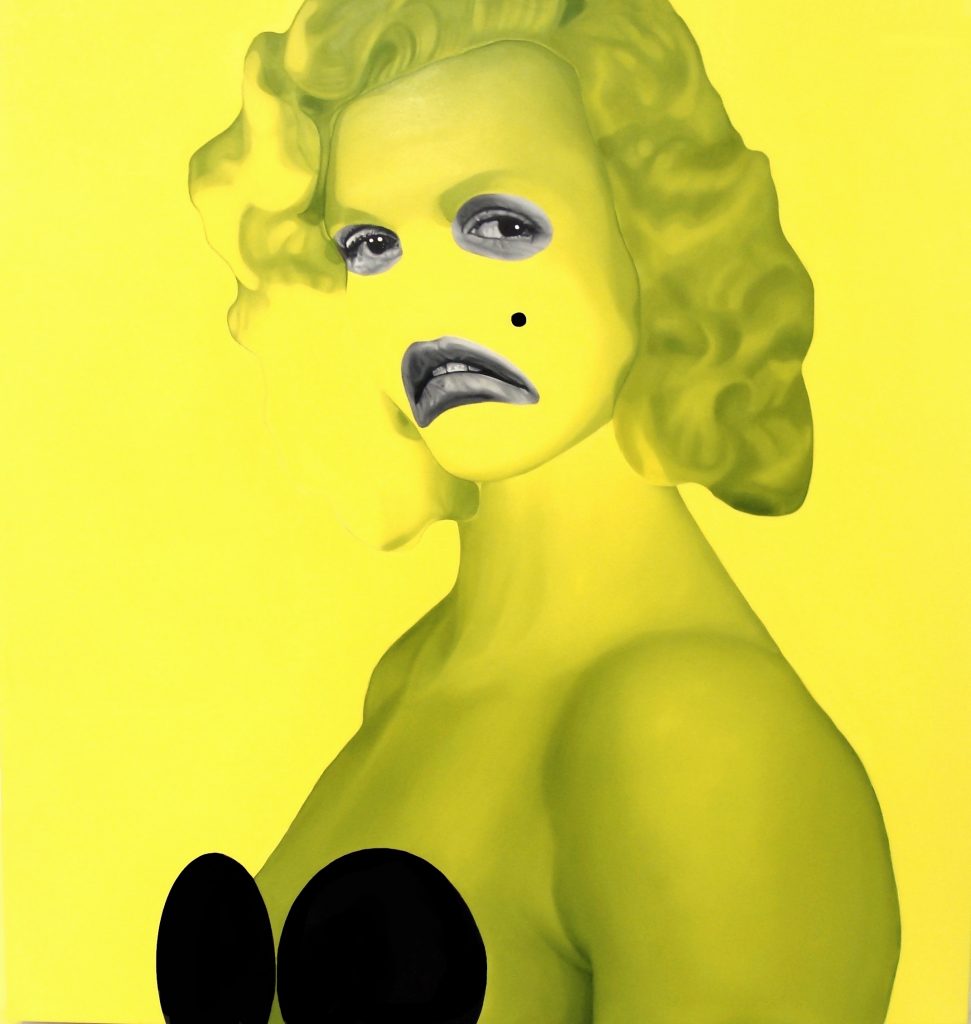 FAME is the first London solo exhibition by Japanese artist Teiji Hayama. The exhibition introduces a new body of oil paintings that examine what it means to be famous in the age of digital celebrity.

In his 1986 novel Answered Prayers, Truman Capote created the character of Kate McCloud, a caricature of a contemporary celebrity based on Marilyn Monroe. Hayama attempts to capture the peculiar aura of fame and bewitching effect of Kate, encapsulated in her statement, “I’d never again belong to myself”, through the oddly distorted series of portraits presented in FAME. 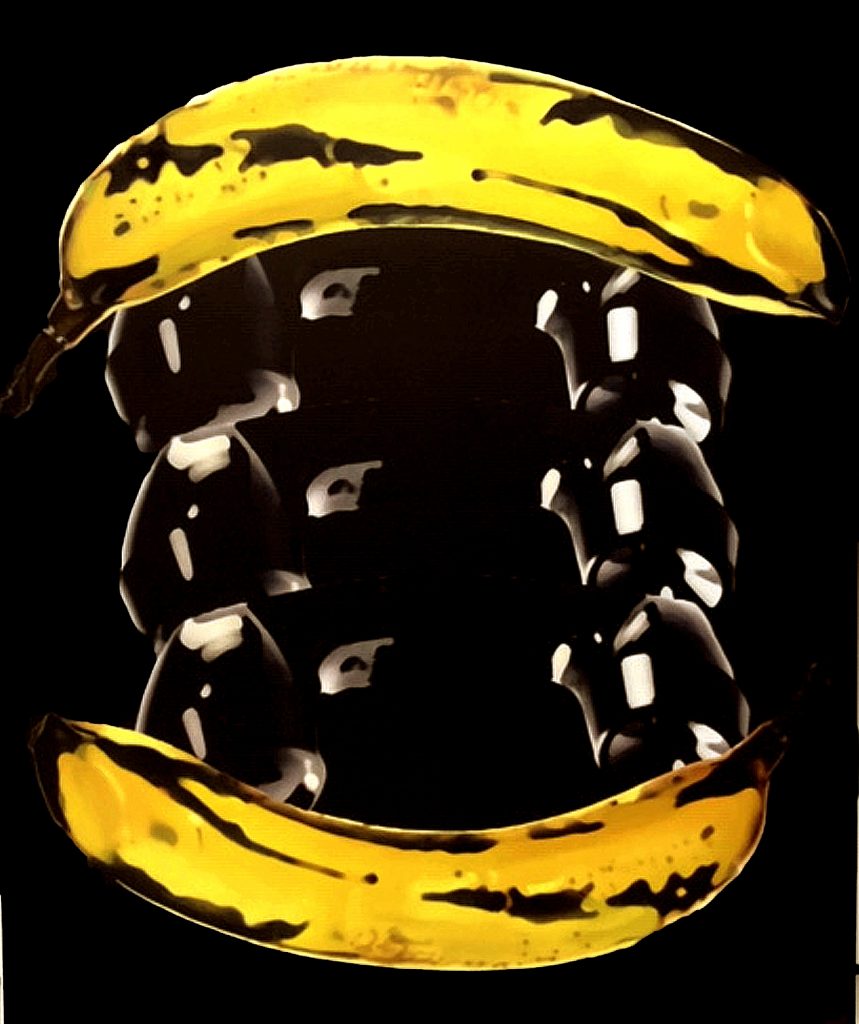 Hayama depicts some of Hollywood’s most historic and glamorous faces but presents them in a way that emphasises their imprisonment within the digital world, subjected to an exhausting existence of maintaining appearances under the spotlight.

In Rainbow Jane and Liz II (2019), the ephemeral nature of this existence is emphasised, echoing Warhol’s prophetic saying, ‘everyone will be world-famous for 15 minutes’. The flicker of a camera shutter or rapid, oversaturated succession of images on the social media feed can be read through the illusion of multiple layered translucent images. The effect is a kaleidoscopic portrait that doesn’t hide its inability to memorialise itself but is still hypnotic in effect, demonstrating societies obsession with the two-dimensional image over any three-dimensional reality.

Hayama also explores the psychological labour of achieving and maintaining fame. The illusion of coloured filters in works such as Goldie and Hulk Marilyn starkly emphasises the disembodied quality of the figures and inherent tension between a constantly disintegrated physicality and a desperation to maintain a veil of performance and glamour. Features are oddly attached to forms and faces and bodies are amorphously elongated, with eyes dropped, indicative of exhaustion and an absent presence. The people who inspire these portraits have surrendered their right to be human and instead exist as an empty shell that plays up to the camera. FAME can be understood as a social critique of contemporary culture forcing its audience to pay attention to our senseless over-consumption and the fragile state of the celebrities we admire. 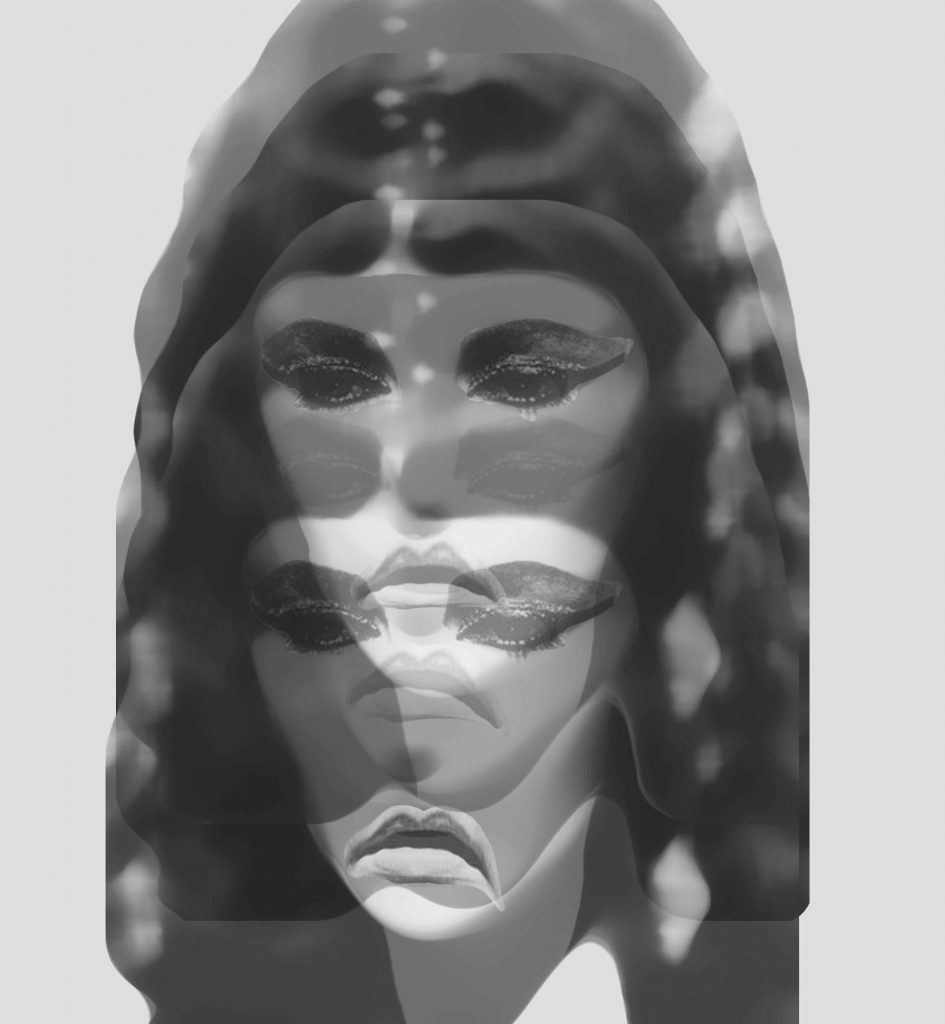 About The Artist
Teiji Hayama is a Japanese artist currently living and working in Switzerland. Hayama grew up in Kumamoto, a city on the Japanese island of Kyushu. At the age of 18 Hayama left his home country to attend Central Saint Martins College of Art and Design in London. After graduating, Hayama pursued a career in fashion for five years before realising and pursuing his love of painting. Hayama has works in major collections around the world including the Contemporary Japanese Art Collection and the Taittinger Collection.