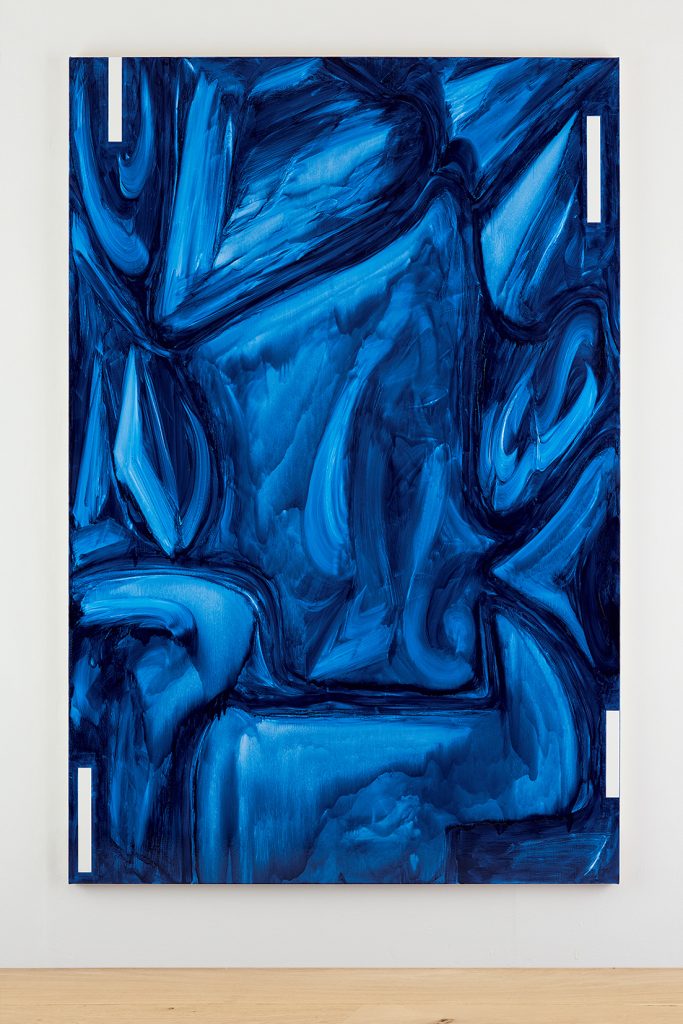 Galerie Max Hetzler is to present No movement, no colour, Robert Holyhead’s new body of large-scale paintings, for his first solo exhibition in the gallery’s recently opened London space.

Best known for his delicate modest paintings, which engage a personal visual language of positive and negative space, Holyhead’s new works represent a dramatic increase in scale. Each painting is produced in a single semi-translucent colour showing visible traces of brushstrokes that operate around precisely defined shapes of exposed and immaculate white oil ground. Created in one long, single session, not unlike a durational performance, each painting evolves from a watercolour drawing produced over several weeks or months, which experiments with form and colour prior to starting the work on canvas.

No movement, no colour is the artist’s third show with Galerie Max Hetzler, following solo exhibitions at their spaces in Paris (2016) and Berlin (2014). He has also had solo exhibitions for Parts Project at The Hague (2016); PEER, London (2012); and Karsten Schubert, London (2009, 2010 and 2012), and has particIpated in group exhibitions for galleries and public institutions in the UK and Europe. His work is held in public collections including Centre Pompidou, Paris and Government Art Collection, Arts Council Collection and Tate Britain in London. Holyhead lives and works in London. 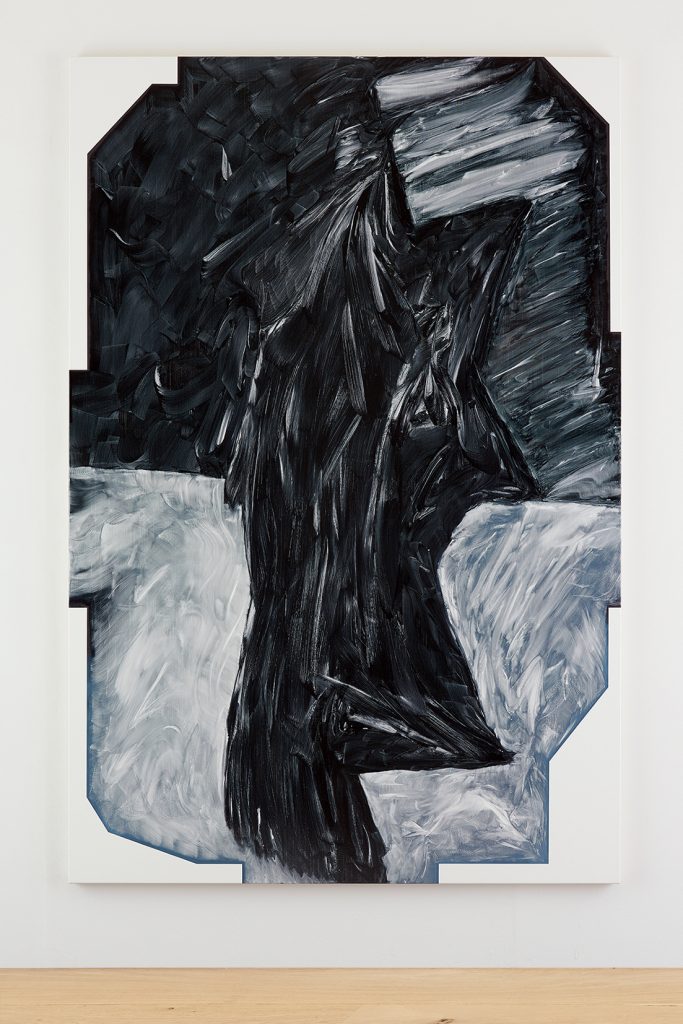 No movement, no colour also marks the first anniversary of the opening of Galerie Max Hetzler in London in November 2018, and will follow their historic exhibition, Albert Oehlen: Spiegelbilder (1982-1990), from 27th September to 16th November.

About The Artist
Robert Holyhead (b. 1974, Trowbridge, UK) lives and works in London. His work has been presented in several solo exhibitions including Galerie Max Hetzler, Berlin and Paris (2014 and 2016); Parts Project, The Hague (2016); PEER, London (2012); and Karsten Schubert, London (2009, 2010, 2012). Group exhibitions were held at Annarumma, Naples (2017); Gillmeier Rech, Berlin (2016); RAUMX, London (2015); Ulster Museum, Belfast (2013); Tate Britain (2012); and Whitechapel Gallery, London (2009) among others. His works are part of several public collections such as Arts Council Collection of Great Britain, Centre Pompidou, Government Art Collection and Tate Collection, Londo. In 2010, he was commissioned by the Government Art Collection to produce two site-specific works for the New British Embassy and the UK Permanent Representation to the European Union in Brussels.

Christopher Wool’s first solo exhibition in the UK in over a decade.