‘Et Dieu Crea La Femme’ at Catherine Prevost Design is an exhibition spanning: Photography, sculptures and video art exploring tall aspects of he sublime feminine from creation and nurture, to ‘mother’ nature, from temptation to the sensual and the intellectual. 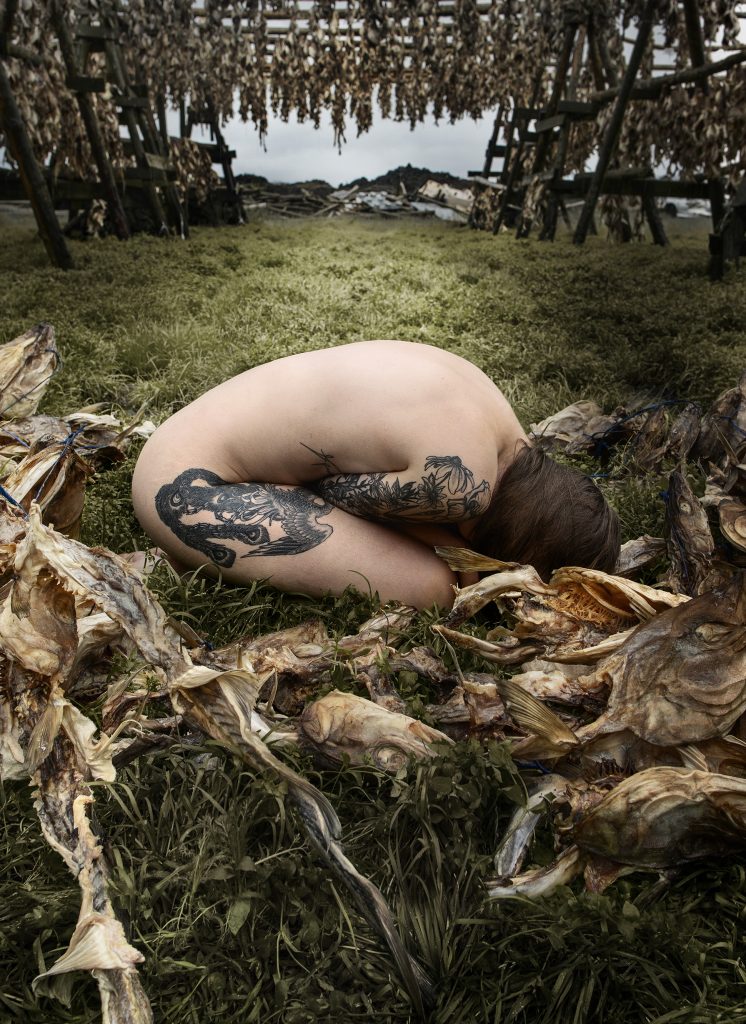 Maryam Eisler ( ‘O for Origin’ series – Photographs) Iceland at first glance looks like earth at its origins: creation in its biblical sense.

As inspiration for art, the extraordinary nature of the terrain is close to a genuine land of Fire and Ice. Active volcanoes living side by side with icebergs, under the phosphorescent lights of the Aurora Borealis, create a powerful visual poetry like no other place I’ve visited. It is no wonder this extraordinary land is rich in folkloric myths, and traditions tracing their roots to Norsemen.

Goddesses and mythical creatures roamed the land since the dawn of time. I met one in my sleep, dreaming of the ‘Hafmeyjan’ who lives on the rocks beside the dark, deep seas- attracting enraptured sailors
with her siren songs, with them disappearing into the depths of the water in her arms. According to the Gospels, God created Man, and Woman was fashioned from Adam’s rib. Not in Iceland.

The Icelandic culture is dominated by women, and the progressive nature of society and its politics are proof positive of that fact. And if there ever was a way to highlight the seminal importance of the role of Woman in creation, it can be seen in the bowels of the Icelandic landscape, the female curves perfectly marrying the green moss-covered volcanic outcrops dominating one’s vision, into murky, distant horizons.

This is the primordial brew, where humans and landscapes come together in jagged, unreal harmony. The photographer is left with little choice, variety and scale dictated by nature’s hand. If nothing else,
our duty becomes the preservation of this quixotic wonderland for generations to behold. 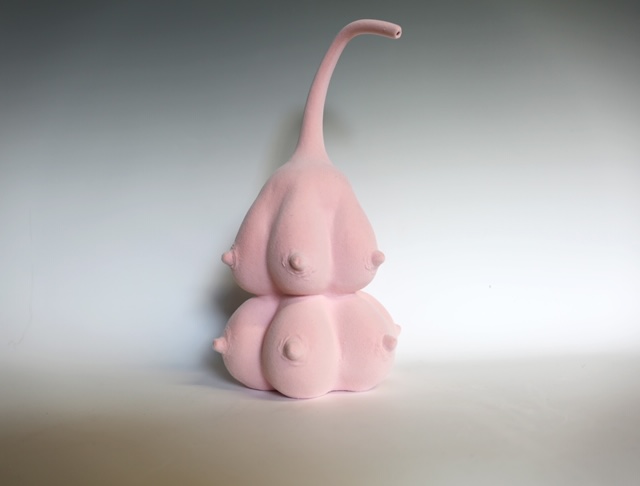 Charlotte Colbert (Motherhood series- flocked ceramic sculptures) Language, psychoanalysis, and sociopolitical constructions of gender and identity are at the heart of Charlotte Colbert’s practice. Spanning across film, photography, ceramics and sculpture, she questions narrative structures and storytelling, weaving surreal and fantastical mise-en-scene in a documentarian fashion. Fiction becomes a way to approach the truth and the most intimate emotions. Colbert’s recent ceramic series continues to play with the inversion and subversion of the inside and the outside. Bodily functions and reproductive organs are reimagined through baby pink lacquered and flocked ceramic sculptures of viral cells, reproductive organs and breasts.

In the Motherhood series on show, female reproductive organs are reimagined under a soft pink hue, as Colbert strikes a material dialogue that shifts our perception of our own physicality and DNA.
The forms combine the most organic materials, shapes and symbols with the most synthetic and artificial; Manufactured synthetic biology come together with nature in a powerful visual representation.

Pandemonia ( ‘Venus’ – Video Art) Beauty is dangerous. Ever adapting and reinventing itself, beauty is
the eternal life force. It is one of our drivers, one that is inexorably linked with sex, life and meaning. Often subverted and used against us as a seductive yet oppressive force to coerce or sell product, it
belongs to each and every one of us. We experience the sublime through looking at beauty in nature and in art. Stripping down Pandemonia’s image to the barest essentials became a semiotic exercise. By de-emphasising real-life details, Pandemonia became a concept that allowed me as an artist to pass through
society and inhabit the world of myth and brand. I have always been interested in our collective mythology and how it informs modern life. Going beyond the 20th archetypes through Bridget Bardot, Manet, Titian and Botticelli’s Venus. The latter’s archetypal Venus is part of our collective memory and still influences
today fashion, design and product. As Pandemonia, I am able to explore this connection with its art historical origins through cultural criticism, including that of the beauty myth surrounding the work itself. Medium: video art