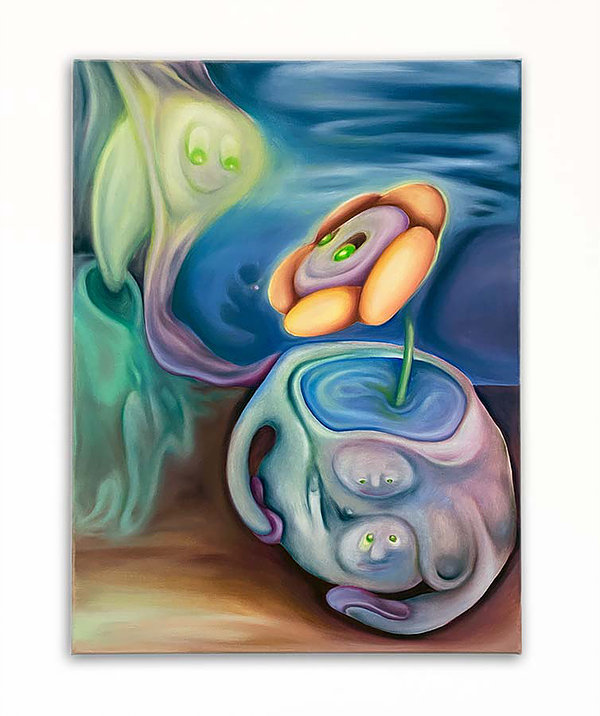 A Haze in their Gaze is Xiuching Tsay first solo exhibition in London, a transcendental trip into some other parallel worlds that only exist in the painter’s mind.

Having moved away from figuration during her MA studies, Xiuching’s exploration into abstraction has been heavily inspired by her contemplation of water. This new direction allows Xiuching’s paintings to examine two worlds, the physical world and a parallel world of spiritual water beings.

Xicheng Tsay’s work is essentially to illuminate the objects of memories and to resurrect their essences and rediscover their hidden characters through an ecstatic quality of vision. She adopts the concept of hallucination in order to recondition her perceptions toward the intimated objects. This hallucinatory practice has experimented with the concept of water because water has both metaphoric and substantial qualities that unfold infinite visions as water melts all the possible subject matters into the most ambiguous forms. Tumultuous movement of waves introduces her to the fantastical world of other spiritual selves. These unknown beings that are roaming in the sea encourage the artist to seek their true existences, with the unknown self residing at the bottom of an abyss. Xiuching Tsay’s paintings of grimacing figures and cascading, steaming, neon liquids, all rendered in a vaguely radioactive palette, are examples of alluring excess. She takes paintings as a journey narrative, set in a surreal seascape. With uses of relentless and unpredictable movement, her paintings give open-ended stories and there are different possibilities to interpret these dreamlike characters.

Moreover, Tsay’s practise has been greatly inspired by poetry. Its concept of theatrical reincarnation of an object through speech always ignites her ideas on how to approach the canvas in the same ways as puppetry, with a deformation of a dialogue.

About The Artist
Xiuching Tsay is a Thai born painter, graduated in 2019 with a MA in Painting at Royal College of Art after a BA in Fashion lllustration at London College of Fashion. She was selected for Bloomberg New Contemporaries this year (selection committee: Ben Rivers, Rana Begum, Sonia Boyce), with a traveling exhibition at the Leeds Art Gallery and South London Gallery. Tsay recently completed a residency program at PLOP in London and was part of group exhibitions at Jelato Love Gallery in Mallorca, House of Vans and Fiztrovia Gallery in London, to name a few. Tsay had solo exhibitions in Thailand at the Ne’Na Contemporary Art Space and in Japan at 3331 Art Chiyoda. Her works had been featured in The Guardian, Art Maze Magazine, Aesthetica Magazine and E-Flux. 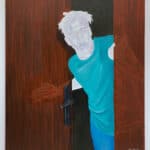 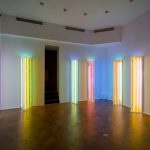 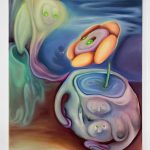 Xiuching Tsay Interview – “I always lay the sun or the moon on a canvas first, as if it is my guide for the painting journey.”

Thailand born, London based artist Xiuching Tsay recently sat down with art historian, writer and curator Hector Campbell to discuss her undergraduate study of Fashion Illustration, the evolution of her painting practice, her fascination with water and her current exhibition A Haze in Their Gaze at Daniel Benjamin Gallery in London, which runs until December 14th.