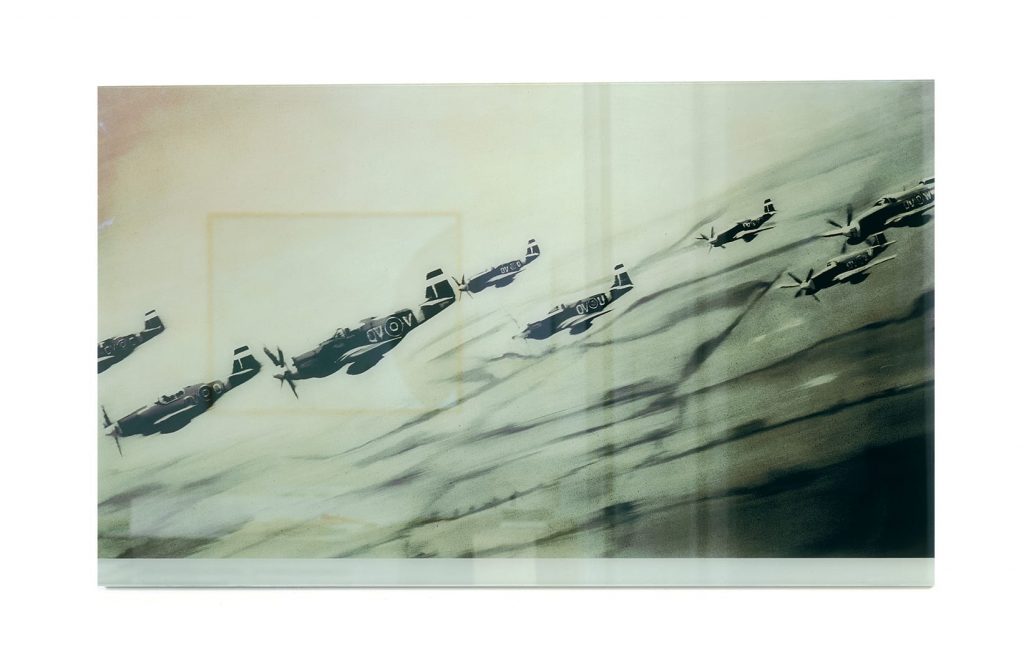 Gagosian is to present editioned works by Gerhard Richter spanning fifty years. Throughout his distinguished career, Richter has remained at the forefront of contemporary abstraction and image-making, embracing haptic process and technological advancements in equal measure and harnessing found imagery in groundbreaking ways. Editions are a central feature of his practice. He modifies details and sometimes entire compositions from his oeuvre, producing artworks that are simultaneously self-referential and new. Divergent in medium, scale, and style, the editions mirror Richter’s mercurial artistic processes and explore the dynamic relationship between source image and pictorial representation.

Many of Richter’s prints are based on personal photographs. He produced his earliest edition Hund (Dog) (1965) by sweeping a paintbrush across a still-damp screenprint depicting the family dog; blurred with a visible texture from the brush hairs, the resulting image is a print that references both painting and photography. Richter also rephotographed newspaper illustrations, altering them to simulate the appearance of industrial print media. In Flugzeug I (Airplane I) (1966), he purposely misaligned the screenprint’s two layers of gray ink, mimicking the errors common to off-register printing. Other early works, such as the offset print Elizabeth II (1966), were intentionally printed with shifted plates to create a moiré pattern.
Betty (1991) poses questions of identity and veracity in portraiture and printmaking. It is titled after Richter’s daughter, who is depicted here in a floral robe, her head turned away from the viewer. The image is layered in mimesis: it is offset-printed from a photograph of Richter’s iconic 1988 painting of the same name, which was itself painted from a photograph of the subject taken by the artist. Richter’s portrait speaks with the intimate visual language of a family photograph, yet its repeated technical mediations refute any affective connection with the anonymous subject.

In 1993, as a special project for the international journal Parkett, Richter produced Grün-Blau-Rot (Green-Blue-Red), a sequential series of unique small paintings following a basic chromatic principle. He applied the same three vivid oil-based pigments onto 115 uniformly sized canvases with a squeegee, employing the regimented process of his Abstraktes Bilder series, which allows for the relatively uncontrolled interaction of color. Made by the artist’s own hand without the restraining grid of the printing process, each work exists as a unique variation on the same theme.

Richter’s oeuvre continues to function as a creative springboard in his 2011 series of Strips. To create these large-scale inkjet prints, he digitally divided his oil-on-canvas Abstract Painting (724-4) (1990) into 4,096 vertical segments. Segments were then randomly selected and repeated until they lengthened out into thin horizontal strips of uniform color, allowing a single painting to spawn multiple new images. Clean and crisp, appearing as sort of horizontal barcodes, the Strips subvert their painterly origins with an air of modern detachment. Richter’s impulse to modify and reinterpret his own works resurfaces in Cage Grid (2011), a series of inkjet prints created by dividing a photograph of his 2006 oil painting Cage 6 into a four-by-four grid of squares.

Rudolf Polanszky the exhibition inaugurates his representation by Gagosian.