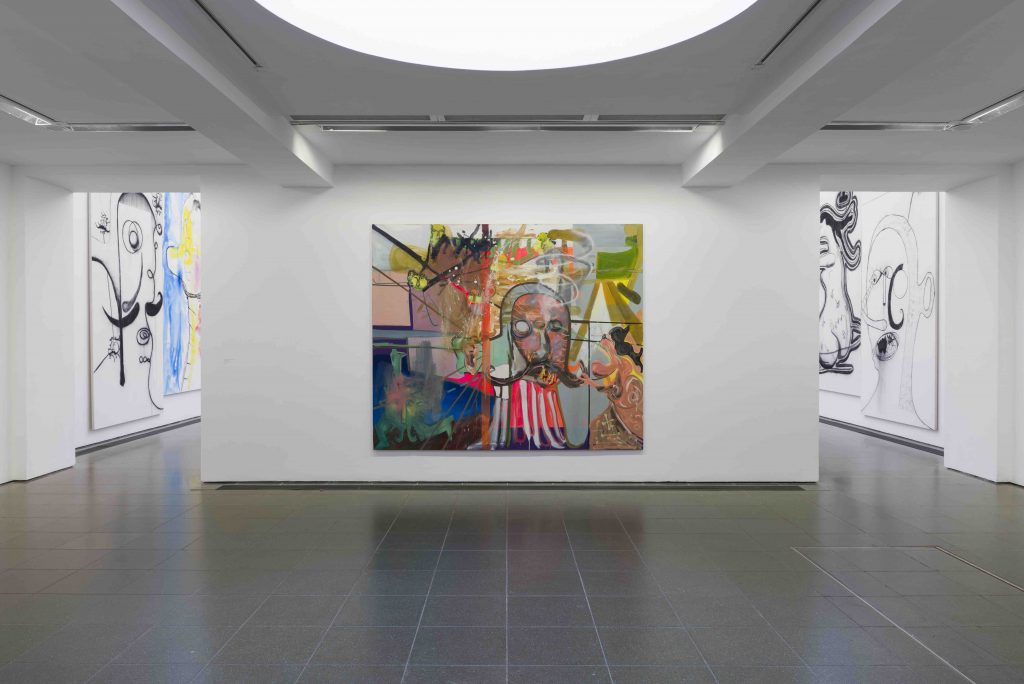 In a landmark show of work by the German artist Albert Oehlen that opened this week London’s Serpentine Galleries has brought together more than 20 years’ worth of work by the influential multi-disciplinarian, all based around the exploration of ideas triggered by a single work by the American Modernist Figurative painter John Graham. New works commissioned for the show see this thread continued in a series of paintings and sound pieces that respond to the North Gallery in a new interpretation of the Rothko Gallery in Houston, Texas. 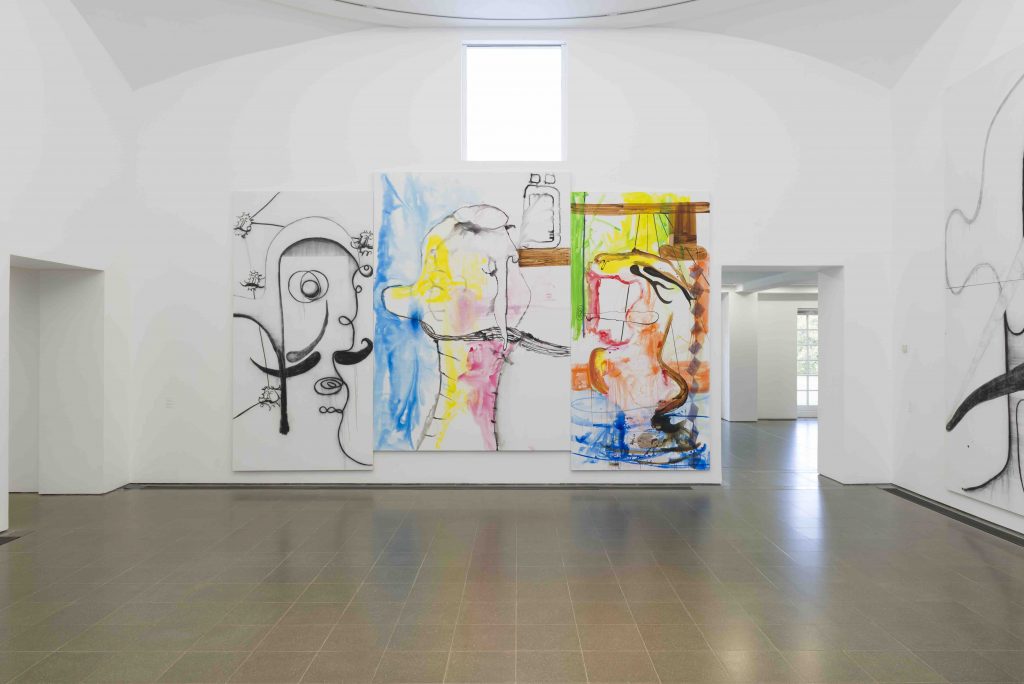 Oehlen, who’s work in painting, installation, film and music has made him a key figure in contemporary art since the 1980s, first encountered Graham’s unusual composition ‘Tramato Spaventoso’ (Terrifying Sunset( (1940-49) in a book by the art historian and critic Dore Ashton, and, in his own words ‘could not understand it at all’. In an approach that goes a long way to explaining his impact on today’s art world, at a brief speech on Monday Oeheln said that the work that resulted was about ‘the fun of not understanding”. 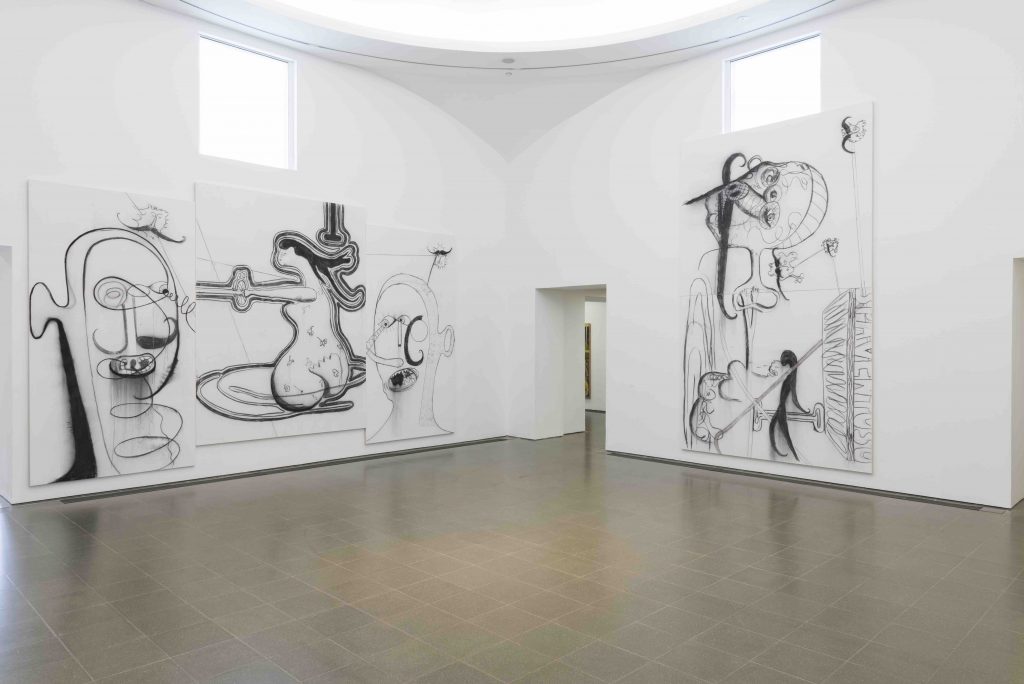 Composed of strange, discrete images – a man with a handlebar moustache, pilot’s hat and goggles (possibly a self-portrait), the letter H, rays, lines, a wooden bar a mermaid and more, Tramato Spaventoso came to act as a toolkit of components for Oehlen, who first began to create works around it in the 1990’s with the extensive John Graham Remix series. In works dating from the early 1980s onward, the artist repeats, extends, and surfaces different mixes of this ad hoc visual vocabulary in charcoal, oils, acrylic and mixed media, exploring ideas about the surrealists, the conventions around the judgement of genius, the act of looking and being looked on, and questioning the sense of the real, the arbitrary and the abstract. The ten newly commissioned works in the North Gallery are accompanied by a soundtrack created by the band Steamboat Switzerland and designed to create a random, trance-like effect. 93 soundfiles of 15 minutes each of silence and music. 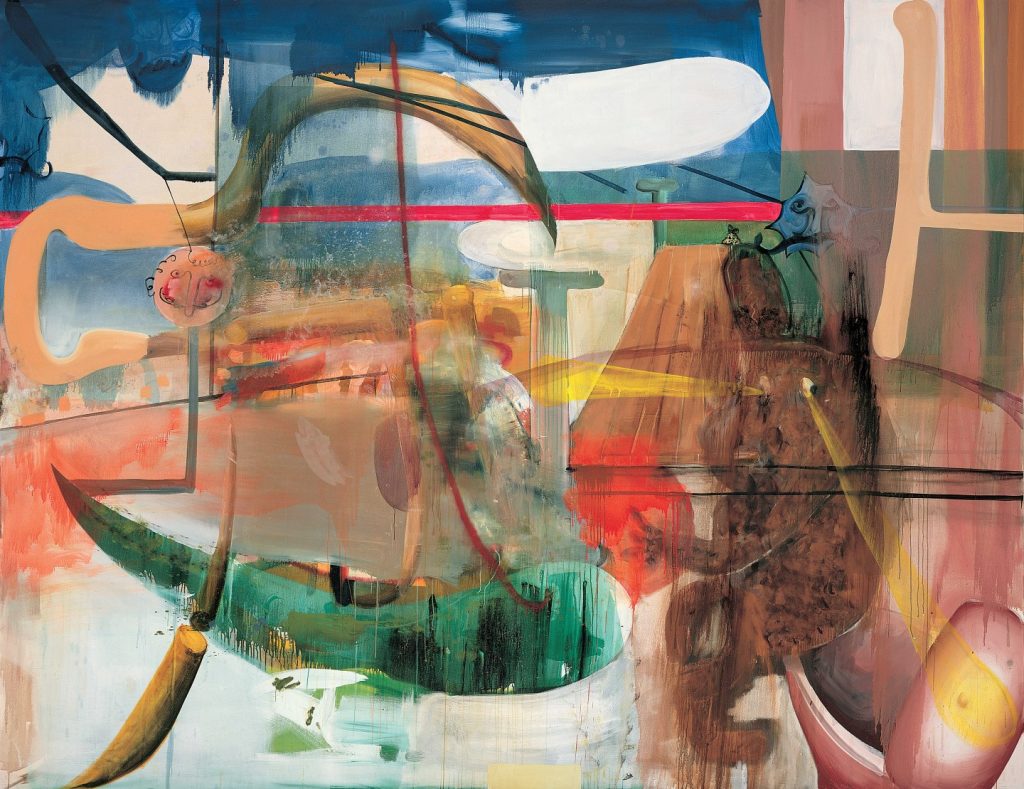 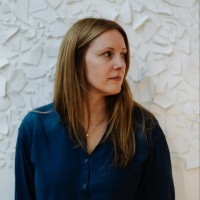 Albert Oehlen is doing a pop-up exhibition to coincide with Frieze L.A.

Behind and Beyond Christo’s London Mastaba

My week in the art world – Human interventions