WHAT: FAD Magazine and Mortimer House joined forces to host a party for Frieze. Serendipity intervened as the latest issue of FAD’s art newspaper Art of Conversation had just come off the press a couple of hours earlier, as expected it was the talking point of the evening. With guests that included artists Sir Peter Blake, Charlie Godet Thomas, Massimo Agostinelli and Corey Whyte, it was buzzy and ever so busy and by the end of the night also a touch blurry!
WHEN: October 3 2019
WHERE: Mortimer House, London W1 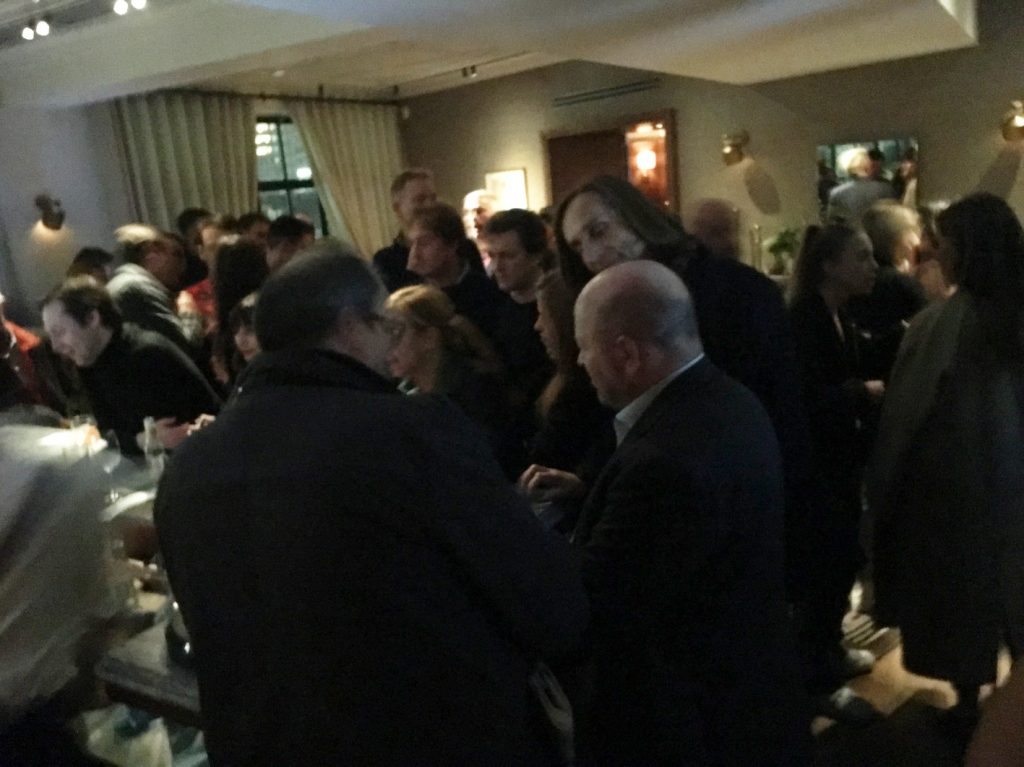 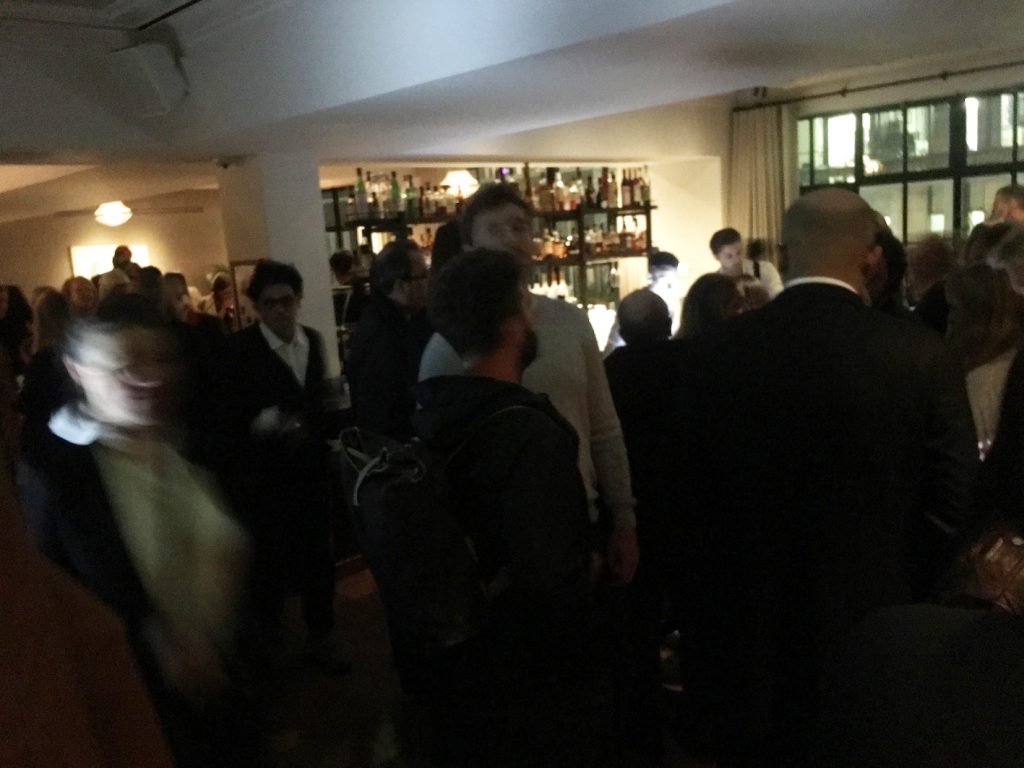 WHO: Mark Westall, editor at FAD
WHERE: you been? Just collected the Art of Conversation from the printer’s
WEAR: UNIQLO long-sleeved top, UNIQLO x JW Anderson chinos, UNIQLO sneakers 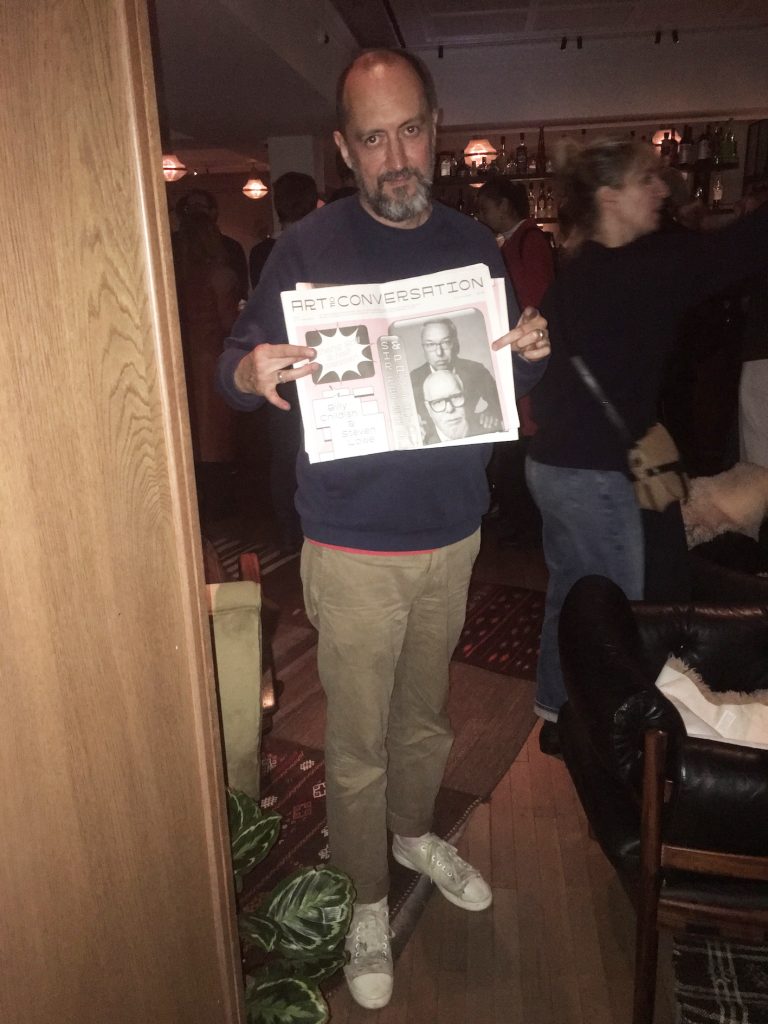 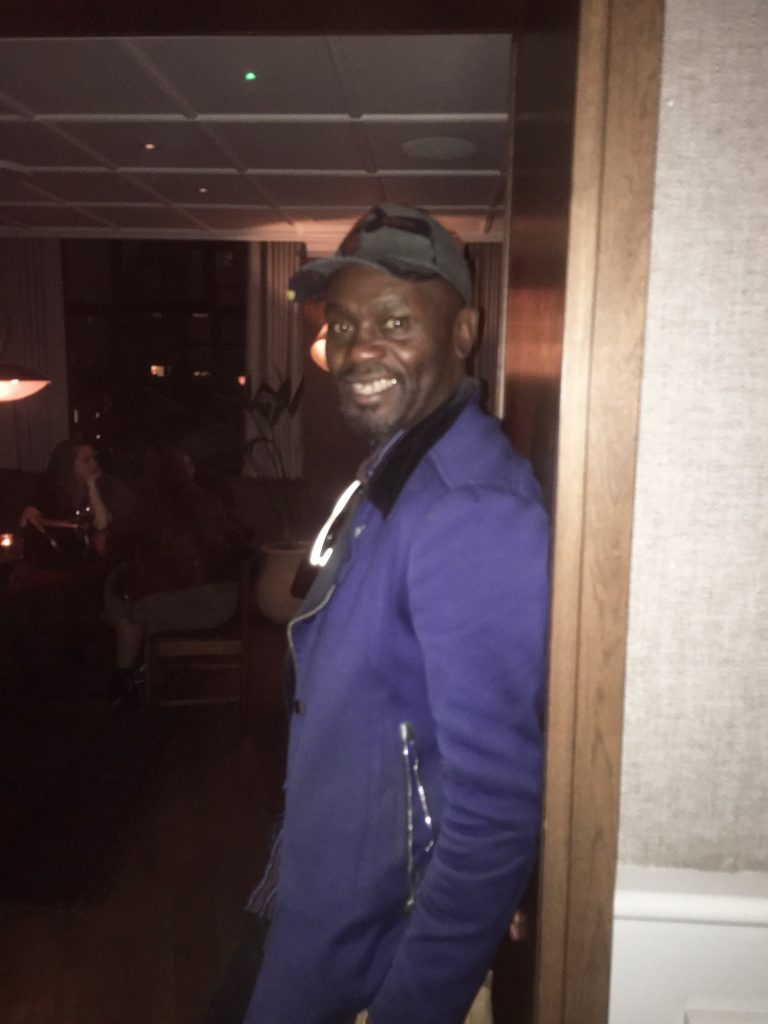 WHO: Brenda Fontalio (left), director at Brief a fine arts and creative services agency
WHERE: you been? Private view at TJ Boulting Gallery for the group show ‘Birth’
WEAR: UNIQLO sweatshirt, A.P.C. jeans

WHO: Moni Lebon (centre), neuro-development therapist
WHERE: you been? Rick Owens’ book signing at his boutique in Mayfair
WEAR: Head-to-toe Seraph 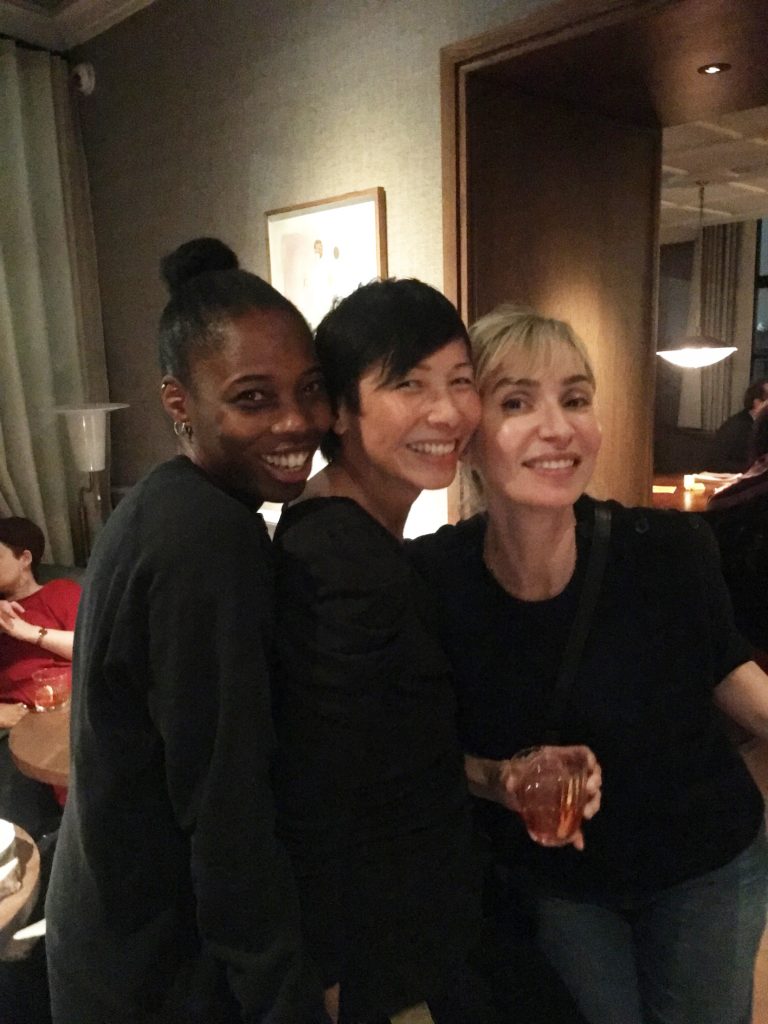 WHO: Moni Lebon (centre), see above

WHO: Toby Mott, director at Cultural Traffic
WHERE: you been? Doing the art circuit
WEAR: Brunello Cucinelli jacket, shirt and trousers 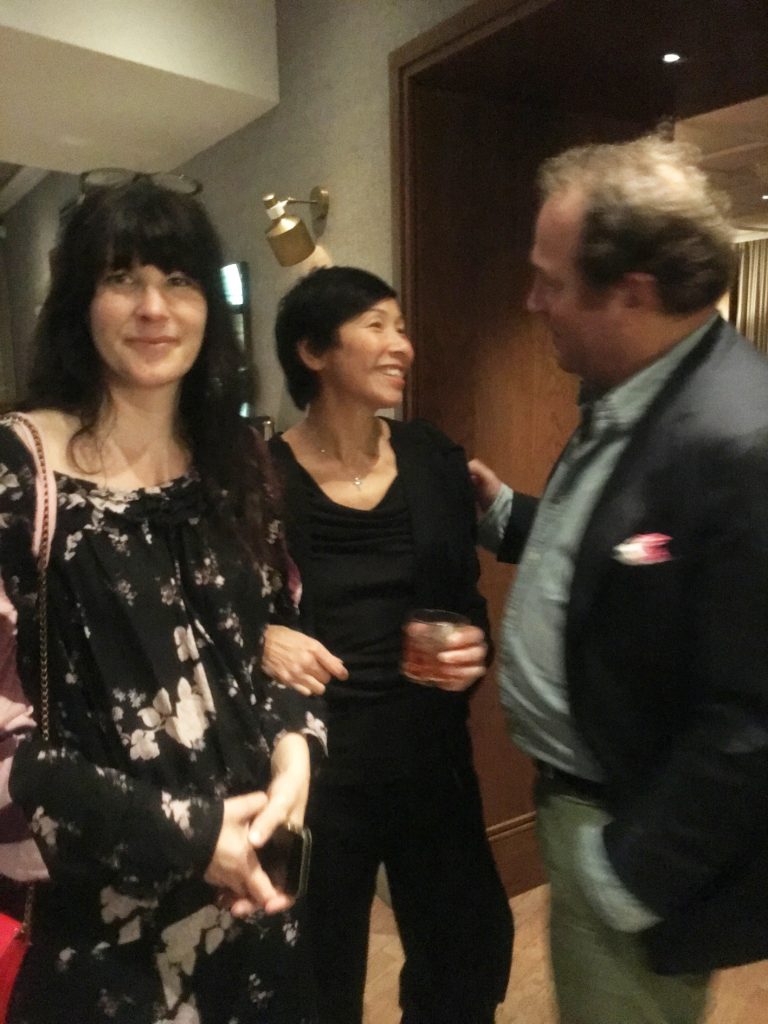 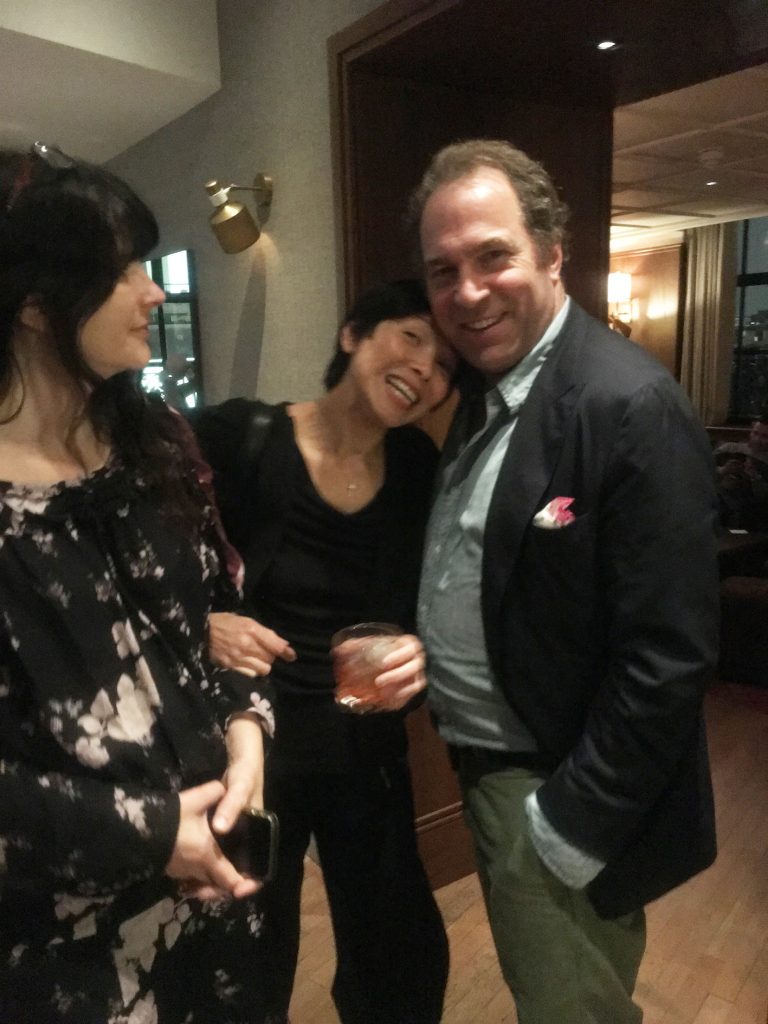 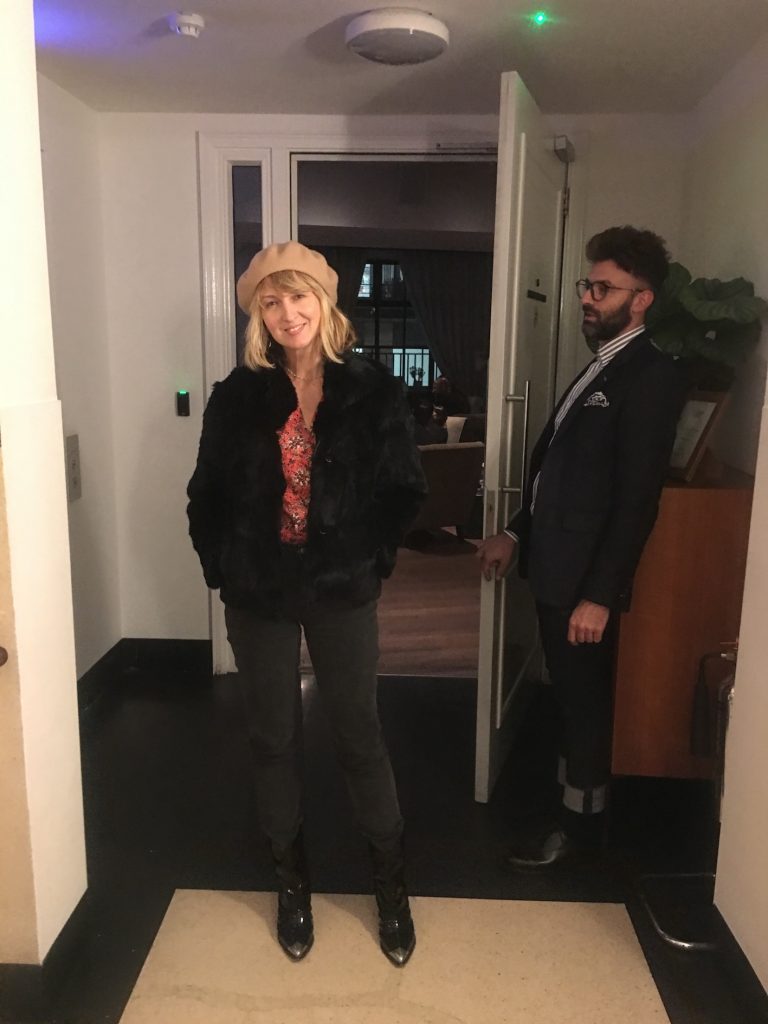