The Turner Prize-winning artist Mark Leckey has returned to Tate Britain with a new work, presented in the round with key pieces from his career, forming a survey of his work and a new take on key themes of reality, memory, nostalgia, and personal history. And a haunting motorway bridge on the M53. 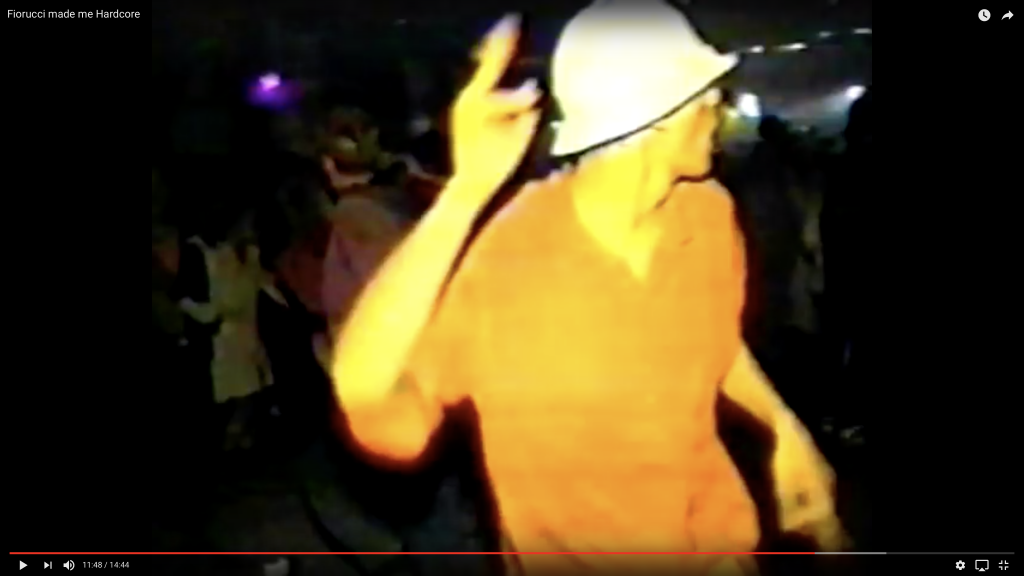 Fiorucci Made Me Hardcore 1999 (still)

A full-size replica of the underside of the motorway bridge at Eastham Rake on the M53 near Ellesmere Port in the Wirral, seen in several of Leckey’s previous works, acts as a centring stage around which a new work. Under Under In (2019) is an audio-visual work inspired by the memory of a supernatural encounter that he believed he had had as a child. The work draws on British folk stories of the changeling, a child believed to have been stolen by fairies and swapped with a duplicate who, having been transported into the fairy realm, returns to the real world and is fundamentally altered by his experience. Featuring a cast of sportwear-dressed kids with aerosol cans, bathed in the disconcerting light of multiple mobile phone cameras, the work represents a different approach to subjects that the artist has previously addressed in the other works shown in the space.

With the perennial outsider’s natural analytical view of culture, Leckey was in many ways the ideal artist to take advantage of YouTube’s millions of hours of uploaded home movies. Finding a clip of a Joy Division gig he attended in Liverpool aged 15 acted as the trigger for an audiovisual work, Dream English Kid 1964-1999AD (2015), a work that explores memory, nostalgia, desire and pop culture through sources predominantly found online.

The third work in the survey isn’t the work for which Leckey won the Turner Prize but is perhaps his most famous, the film piece Fiorucci Made Me Hardcore (1999), a now landmark piece of art made editing together carefully sourced found footage and audio to capture a personal history of Britain’s recent underground dance scenes and the culture around them. Northern Soul bleeds into football Casuals, rollerskating Hip Hop oozes into happy Hardcore in a powerful reframing of pop culture’s emotional appeal that leveraged the immediacy of commercial artforms to create a thoughtful take on memory, nostalgia and reality.

The three works combine to form a son et lumière style presentation that lasts for around an hour and is held coinciding with an exhibition of the work of William Blake (until 2 February 2019), an artist whose radical and visionary work has long been a source of fascination for Leckey.