Kathe Kollwitz Krieg Plate 7, The People, 1922 © The Trustees of the British Museum

After a successful tour in which almost 90,000 people across four UK venues visited Portrait of the artist: Käthe Kollwitz, this exhibition of her prints now comes to the British Museum featuring new additions of the artist’s work. Kollwitz (1867–1945), established herself in an art world dominated by men, depicting universal human experiences in a compelling and raw way. Her work has rarely been seen together in one display – this exhibition is the first to be devoted to Kollwitz alone in the UK since 1995 and will display 48 of her works.

Kathe Kollwitz, Krieg The Widow II 1922 © The Trustees of the British Museum

Kollwitz was one of the leading artists of the early twentieth century, notable for the emotional power of her drawing, sculpture and her bold, experimental printmaking. This exhibition focuses on works – 47 prints and one drawing – almost entirely drawn from the British Museum’s remarkable collection, celebrating the enduring impact of Kollwitz’s powerful and affecting images.

Portrait of the artist looks at Kollwitz’s work through the exploration of themes: moving, perceptive portraits of herself and the poverty-stricken women she encountered in Berlin, to viscerally powerful scenes of maternal grief, along with social and economic protest. From these themes, she developed an aesthetic vision centred on women and the working class.

Highlights of the exhibition include the entire suite of seven arresting woodcuts from the portfolio Krieg (War), shown exclusively at the British Museum for this final part of the exhibition’s run. Published in 1923, Krieg depicts the emotional anguish over the consequences of war for those left behind. In this powerful portfolio, Kollwitz was primarily concerned with the experience of women as mothers and widows of the young men sacrificed to war, as her eighteen-year old son Peter was in October 1914.

Other pieces of interest include three rare working states of the brutal print Woman with Dead Child (1903). In a haunting premonition of what was to happen in the First World War, this composition was based on drawings of herself holding her son Peter when he was seven years old; so visceral is the mother’s grief that she appears to be almost devouring her offspring. Further highlights are her eloquent self-portraits, which became her most memorable trademark, providing insights into her perception of herself.

The Kollwitz works from the British Museum’s collection were largely acquired by Campbell Dodgson, former Keeper of the Department of Prints and Drawings (1893–1932) and bequeathed to the British Museum in 1948. Dodgson bought Kollwitz’s prints in Germany before the First World War, influenced by his colleague Max Lehrs of the Dresden and Berlin Print Rooms – Kollwitz’s first and greatest champion. The exhibition will display this work grouped as: Self-portraits, A Weavers’ Revolt, Death and the Mother, ‘The many silent and noisy tragedies of life in a big city’, Peasants War, and Woodcuts, War and Remembrance. The final section includes her memorial sheet to Karl Liebknecht, the left-wing political activist murdered with Rosa Luxemburg by Government forces on 15 January 1919, alongside the portfolio Krieg.

The reception to Kollwitz’s work both contemporary and posthumous has reflected the changing political climate of the twentieth century. She has been a champion of working-class struggle in the communist countries, and a symbol of reconciliation after the reunification of East and West Germany. This followed when an enlarged version of her ‘Pietà’, a sculpture of a mother with dead son (1937–39), was installed in the Neue Wache in Berlin in 1993 as a memorial to all victims of war and tyranny. She has been characterised as an ‘artist of compassion’ and she became a feminist icon, one of the aliases of the Guerrilla Girls formed in New York in 1985. But it was as a human being and a thinking artist that she defined herself in her letter of forced resignation to the Prussian Academy of Arts in 1933. This exhibition shows something of how Kollwitz was able to start, lead and sustain that intellectual, emotional and creative life.

Frances Carey, curator of the exhibition at the British Museum, said:

“Käthe Kollwitz’s work must be seen in the original to fully appreciate the power of her execution as well as her imagery. Thanks to the partnership with Ikon Gallery, Birmingham and with other venues, the British Museum’s collection has been brought into the lives of audiences around the country, reaching a fantastic 87,566 people from Birmingham to Salisbury and Swansea to Hull. Portrait of the artist will now be seen in London as part of the first exhibition devoted to her work in Britain since 1995.”

The exhibition is organised in partnership between Ikon Gallery and the British Museum and is accompanied by a fully illustrated publication.

Portrait of the artist: Käthe Kollwitz will run from 12th September 2019 – 12th January 2020 in Room 90 at the British Museum. Admission is free. More Exhibition news HERE

About The Artist
Käthe Kollwitz (née Schmidt) was born in Königsberg in East Prussia, which formed part of Germany between 1871 and 1945. After studying art in Berlin and Munich, in 1891 she moved permanently to Berlin when she married Karl Kollwitz, a doctor in a poor working-class district of a rapidly growing city. Kollwitz lived an intensely examined life, expressed in her numerous self-portraits, many of which are featured in the exhibition. Despite periodic crises of confidence, from an early age she never doubted her vocation or her right to operate in the public as well as the private sphere, considering her work as an artist to be “always stimulating, rejuvenating, exciting and satisfying” (New Year’s Day, 1912). Her mastery of graphic art quickly established her reputation in Germany, then further afield as her influence spread to Russia and China after the First World War, and by the mid–1930s to the United States too. 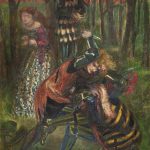 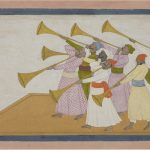