Desert Ruins is an exhibition by Samuel Levack and Jennifer Lewandowski marking 20 years of their ongoing collaboration. The exhibition includes the first public screening of their film Red Desert, shot 2016-18 during a time of growing global political turmoil, and new photography, poems, and songs inspired by the utopian vistas of the South West USA and building part of the infrastructure of the Glastonbury Festival in Somerset, UK, where they have been part of the crew for the past decade.

Desert Ruins evokes a sense of transition, movement and travel, with works created on physical and spiritual journeys in the UK and USA. Taking the viewer through the urban landscapes of London and Los Angeles, the English countryside, and the high deserts and forests of Arizona, California, Colorado and New Mexico, the work also offers a view onto moments of personal change and growth, and imagines a future world.

To celebrate their longstanding collaboration and friendship, the exhibition will be accompanied by a public programme curated around research areas important to their practice to explore the future of work and relationships, sustainability in creative practice, and progressive gallery models.

Artists Samuel Levack and Jennifer Lewandowski opened French Riviera in Bethnal Green, in 2011, as an extension of their longstanding collaboration. The gallery provides an exhibition platform for emerging international artists and a collaborative public programme that celebrates the multicultural communities of London’s East End. levacklewandowski.com 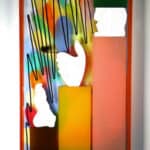 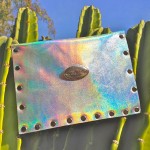