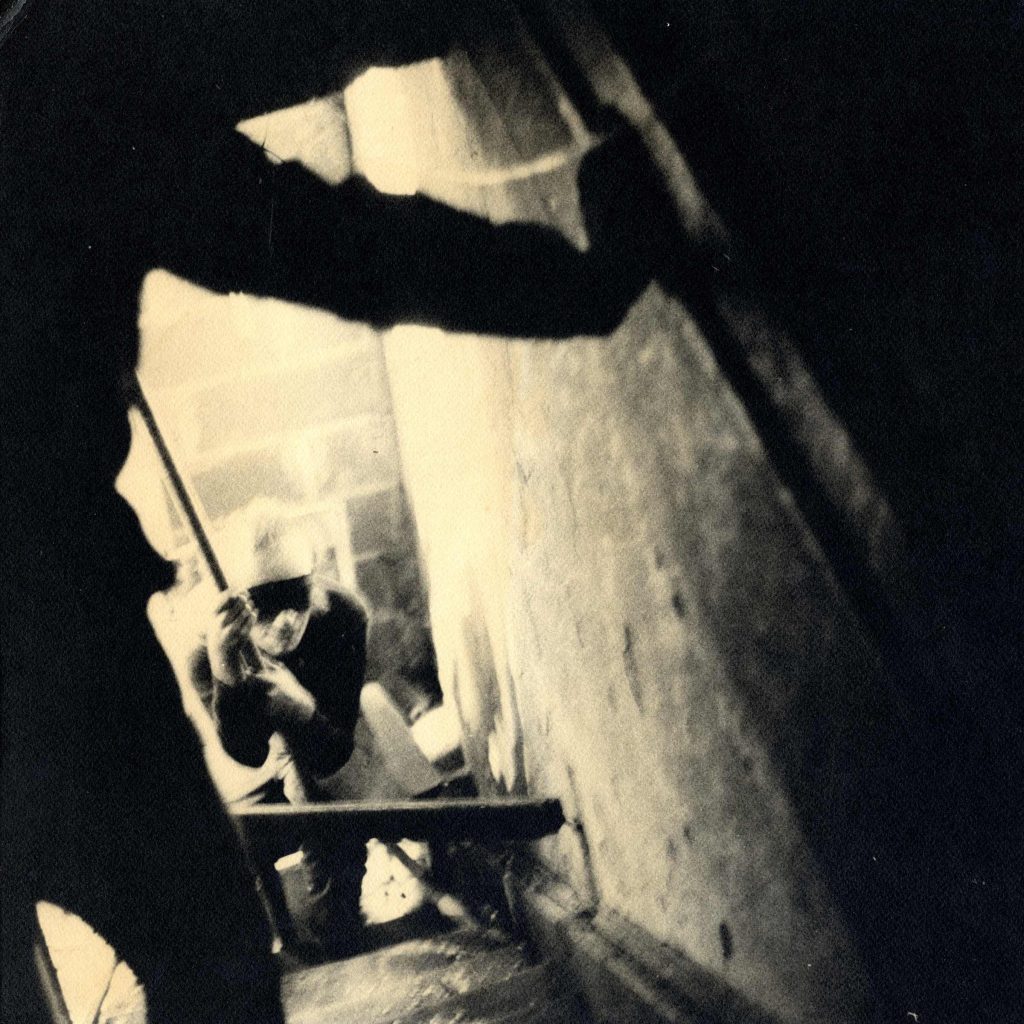 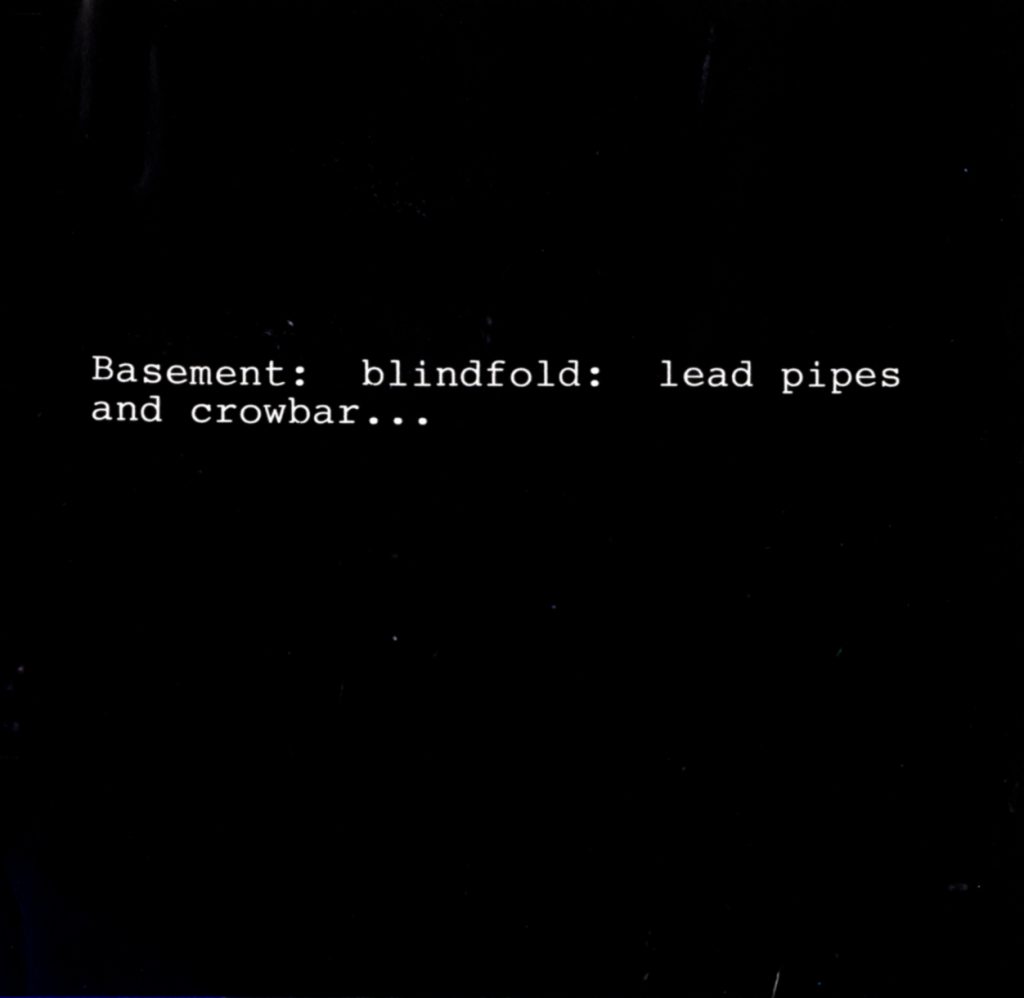 “Once a viewer is in the middle of things, art becomes architecture. The artistic implication is that, ultimately, art isn’t necessary anymore as a field, a profession; art is no longer a noun, it becomes a verb. Art is an activity that you do while having some other career – you do art as a mathematician, as a physicist, as a biologist. Art is nothing but a general attitude of thickening the plot. Once a viewer is a participant there’s no receiver, or contemplator – hence, no viewer. The political implication is that the former viewer becomes an agent, a decision- maker; you’re on your way to becoming a political activist, whether or not you choose to take that road to its destination.”

The exhibition, installed on a centre line along black walls on which hundreds of documents wrap around the gallery, includes a single channel video split to monitors on five walls. Each screen runs a video from his 1971 performance CLAIM, in which Acconci, blindfolded and armed with metal pipes and a crowbar, radicalizes himself to attack anyone trying to invade his confined space. While Acconci’s behaviour and words become more aggressive and confrontational, he reveals a cognitive boundary through a process of self-hypnosis.

On the floor, a crowbar haunts the space. The viewer faces the wall to decipher the wraparound installation of turns and twists away from the wall to watch the video. Focusing on both is impossible, creating conflict and placing the viewer in the exhibition’s psychological dilemma. The only basis for decision is the sound of Vito Acconci’s voice, in CLAIM (1971) – which fills the space as the exhibition’s fault-line. At-eye level on the gallery walls, each activity is displayed through evidence detailing incidents of behaviour described in advance and executed by Vito Acconci in varying degrees of exposure — incidents that contradict the norms of society. The documents, most recently seen at MoMA/PS1 in 2016, were recorded and archived by Vito Acconci as early as 1969. 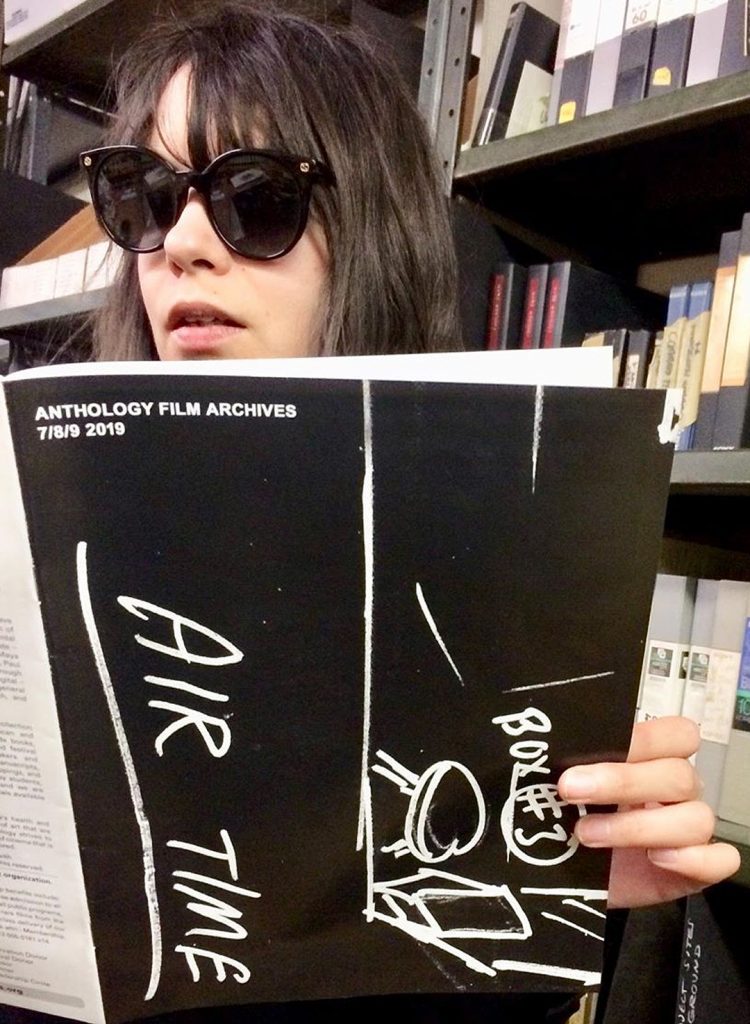 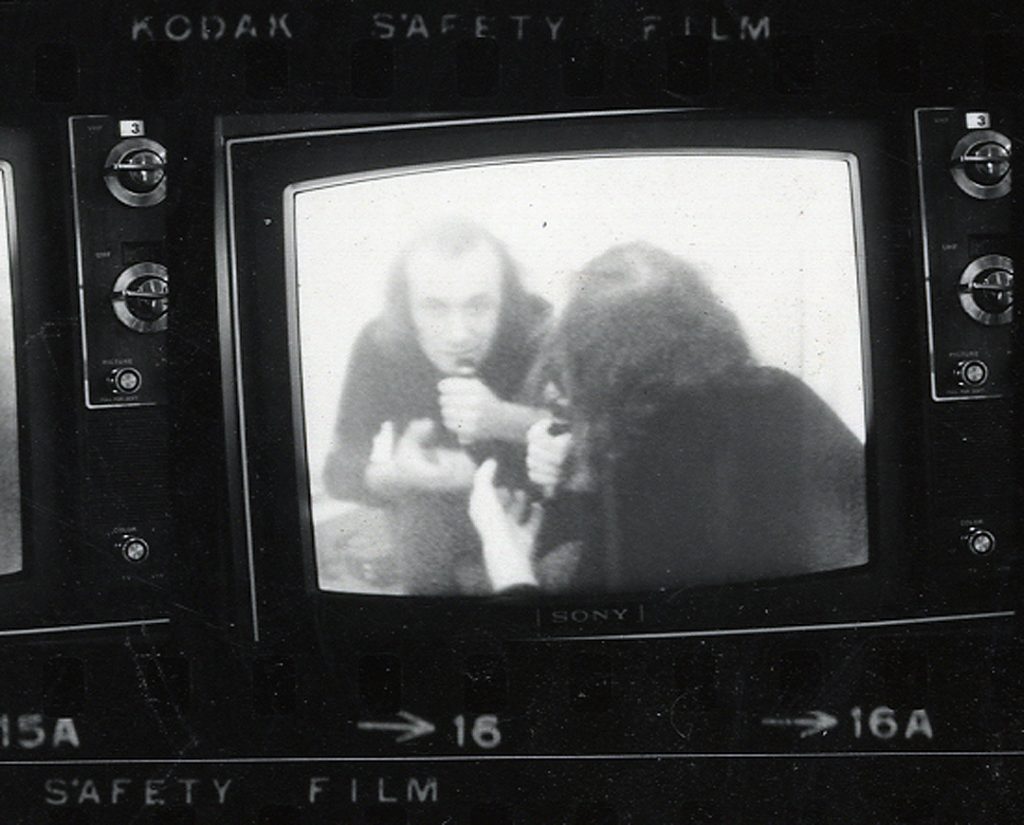 Vito Acconci: contact sheet from AIR TIME (1973) All images are copyright the Estate of Vito Acconci all rights reserved.

About The Artist
Vito Acconci (b. 1940, New York; d. 2017, New York) was part of a creative generation that came on the heels of Minimalists. Acconci’s work was a reaction against the “father-art” that he said he needed to kill. “Because [Robert] Smithson went outside, I could go inside,” he told fellow artist Richard Prince in an interview for Bomb Magazine in 1991. “I had to go somewhere else—inside myself.”

He initially pursued writing, enrolling in the University of Iowa’s MFA writing program in the early 1960s. In 1967 he co-founded the independent magazine 0 to 9, through which his own work transitioned to intermedia while the magazine became a model for future collaborative journals. Then, in 1968, he embarked on an eight-year period in which he expanded writing into street works, and interventions relayed via handwritten text, photography, sound, film and video. Some of his best-known works from this period, such as Following Piece (1969), Trademarks (1970), and Seedbed (1972), were cornerstones of this era and have had an outsize influence on his peers and later generations of artists. Acconci’s work continued to transform during the mid-1970s, positioning him as an unconventional architect who would go on to design structures from a wide range of materials. He founded Acconci Studio in 1988.

His public works—many of which were never realized—are provocative and memorable, while his architectural work combines design, architecture and environmental use at once. One of his best-known works is Mur Island, for Graz, Austria (2003), a floating platform in the middle of Mur river that was commissioned on the occasion of Austria’s being named as the European Capital of Culture. Vito Acconci was named Design Miami Designer of the Year in 2012. Where We Are Now (Who Are We Anyway?), his retrospective of early works from 1968 to 1976, was designed by Vito + Maria Acconci and took over the 3rd floor of MoMA PS1 in 2016.