The Real: Three Propositions stylistically ties together the works of Des Lawrence, Konrad Klapheck and Peter Dreher as sharp, figurative pieces with the mutual interest of treating the real. Naturally, perception is an overarching theme in all bodies of work, but aside from this, each phase of the exhibition has a distinct tone which separates one artist from another; at The White Cube, the real is at once imposing and mechanical, repetitive and mundane, fragmented and idealised. 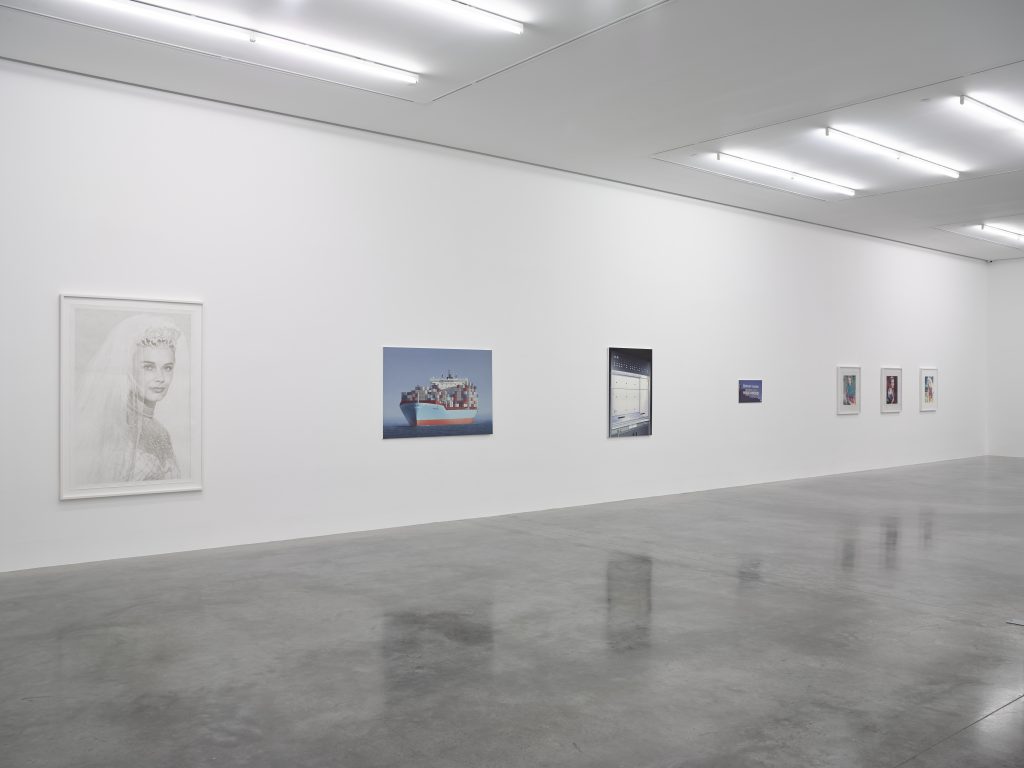 Dominating the North Galleries, Des Lawrence’s reflection of the real lies in obituaries found in newspapers. Whilst somewhat macabre or honorary, or both, depending on your viewpoint, Lawrence’s fixed practice provides interesting variation on what we leave behind when we become a thing of the past; resonated in the tools we once used, an immortalised posed photograph, or our shiniest pair of shoes, what remains of our legacy becomes a mere association or fragment of a lifetime and perhaps not a real representation at all. Lawrence’s fixation on the surface becomes of greater prevalence in the climate of social media, as his curated depictions of the dead disconcertingly parallel our own filtered projection of ‘the real’ on Instagram or Facebook. With each work titled with the name of the deceased individual it represents, summarizing a life in a name and an image, the display is the most existentially resonant of the three. 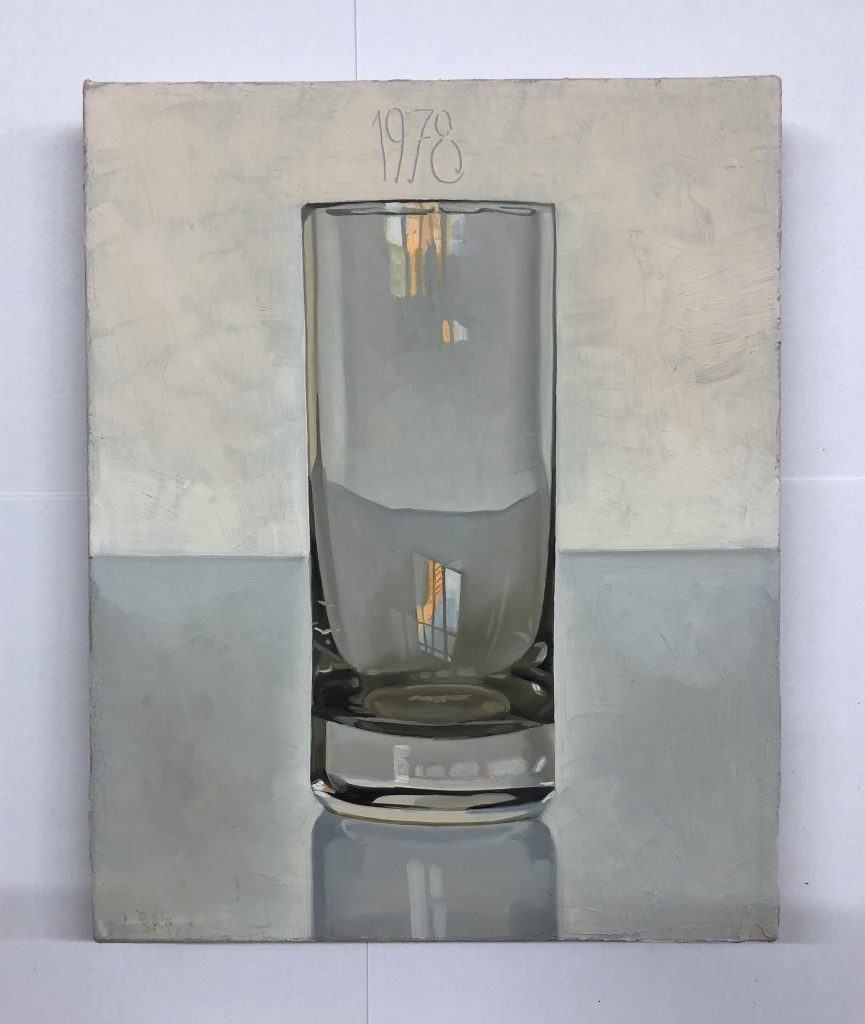 Peter Dreher occupies three spaces across the gallery, but his Tag um Tag guter Tag (Day by Day Good Day) in South Gallery II provides the greatest immediate impact of all works in the exhibition. The series, which Dreher started in 1974 and continues to this present day, consists of progressive depictions of the same empty glass over a multitude of years; these depictions differentiate in lighting pinpoints, some using lightbulbs and others natural daylight, and force the viewer to concentrate on variations of the mundane. Despite the repetitive subject of Dreher’s work, the sheer scale of 170 paintings, all 10 x 8 inch in size, swarming the huge space was enough to make a viewer stop in their tracks upon entering (as many did) just to take it in. The White Cube seems the perfect place for these works to be exhibited, and it is hard to imagine them having quite the same immediate impact in a gallery that boasted less of a bright and large space. Once having registered the series as a whole body of work, the viewer is encouraged to engage closely with the various glasses, noticing how an empty glass truly can seem half full sometimes, at points reflecting gridded windows and blue skies, yet empty and almost fading into darkness in other depictions. The mundane becomes abstract, both repetitive and fixed whilst at once transient and momentary, proving Dreher’s strength in making us reconsider what slips under the veil of domesticity. 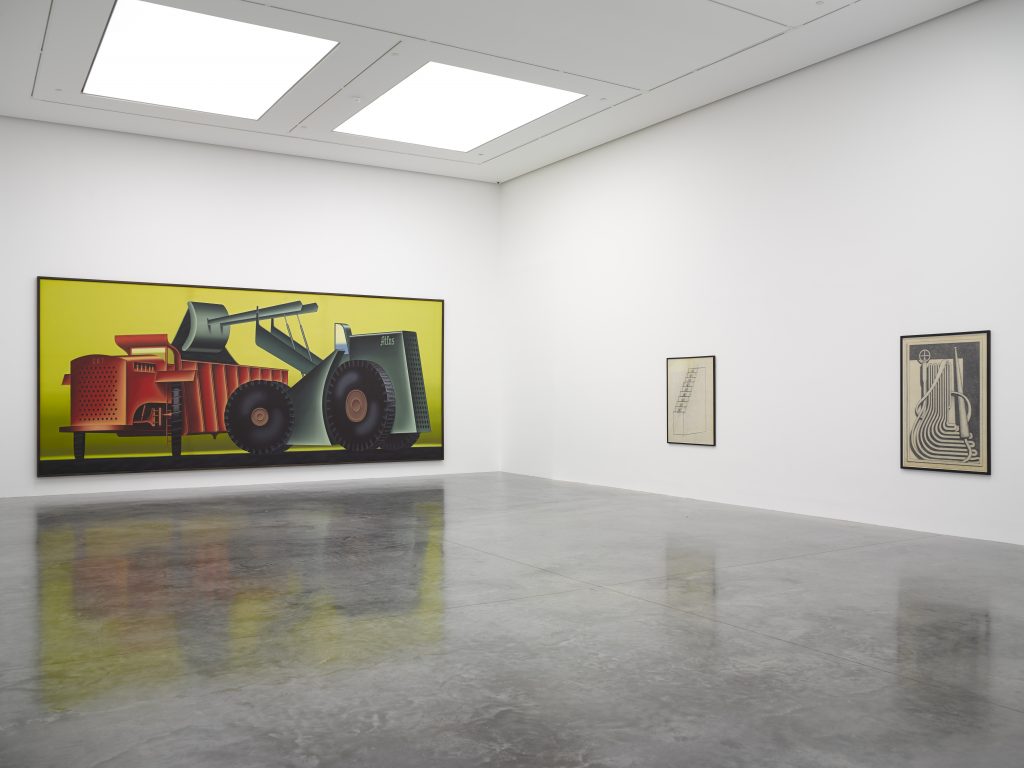 Similarly to Dreher, Konrad Klapheck portrays various everyday objects in a realistic way, particularly machines and other technology. However, the similarities between the two largely stop there. Klapheck’s work favours boldness, with strong colours and borders echoing Pop Art in a play on modern life. The most gripping work in South Gallery I is Im Zeitalter der Gewalt II (In the Age of Violence II), perhaps unsurprisingly due to its mammoth scale. Sized at 126 x 287 inches, the proportions of Klapheck’s machines reveal power play as the artist skews the real in an effort to warn about our looming environmental crisis. Differing to Dreher and Lawrence, there is not the same contextual element that adds intrigue to the works, rather Klapheck’s striking and bright depictions demand to be given attention. 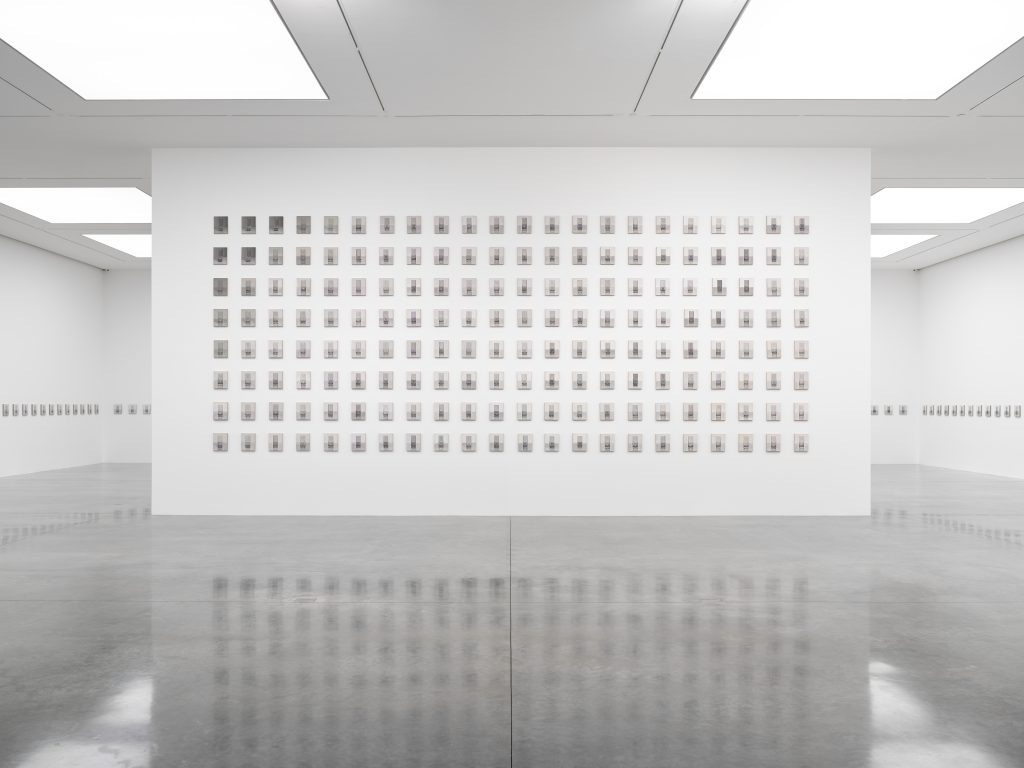 When advised to visit an exhibition of the same glass drawn hundreds of times over forty years, paintings of dead people taken from obituaries, and colourful images of machines and tools, you may not feel inclined; The Real: Three Propositions proves that there is merit in the mundane, in the newspapers we skim through or the objects we use as second nature, which is often overlooked in a society constantly striving for bigger and better. 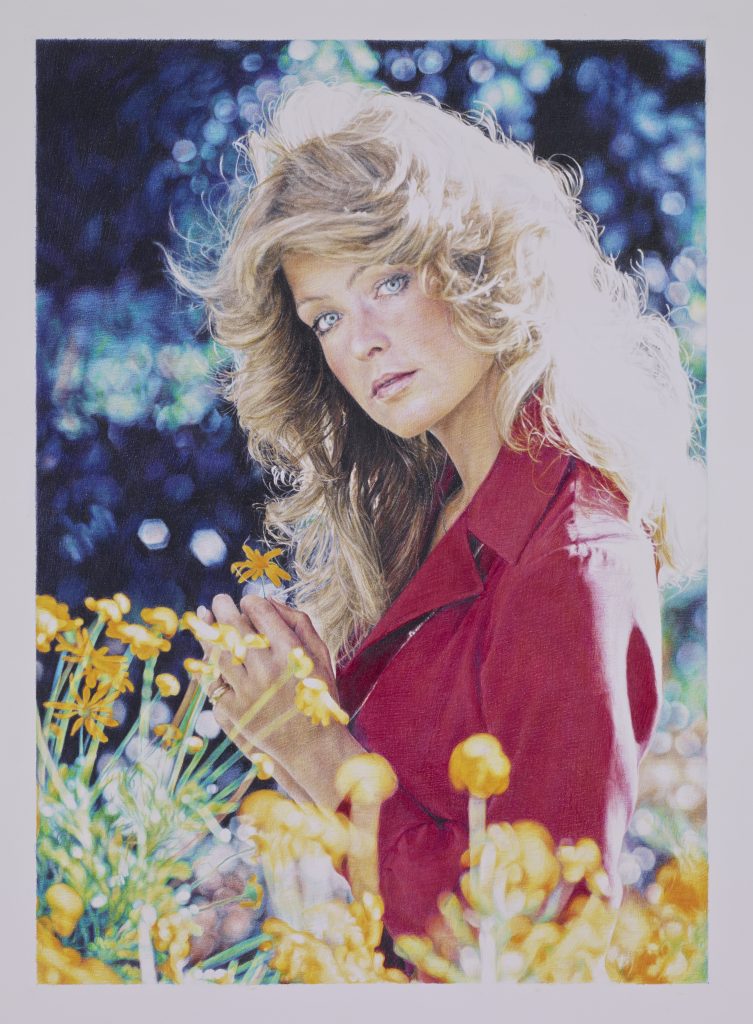