This autumn, Tate Britain will present O’ Magic Power of Bleakness, an ambitious large-scale exhibition by Turner Prize winning artist Mark Leckey. Composed as a son et lumière experience which unfolds over time, the exhibition will combine new and existing work in an atmospheric, theatrical environment full of spectral sounds and visions. 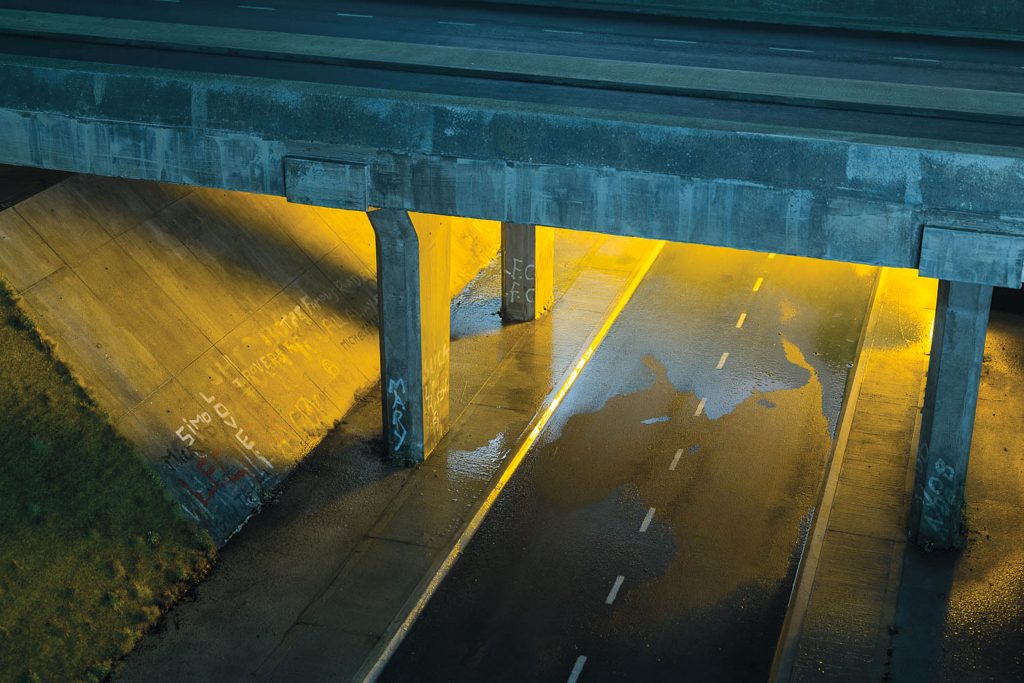 At the heart of the exhibition Leckey will create a life-size replica of a motorway bridge on the M53 near where the artist grew up. This bridge, a recurring motif which has haunted Leckey’s work, will become the setting for a new audio play. Focusing on a group of teenagers, the play is inspired by folklore, particularly stories of changelings and ‘fairy raids’, and by the artist’s own pre-adolescent experiences.

Moving image will be a key aspect of O’ Magic Power of Bleakness, with new works shown alongside two seminal videos: Fiorucci Made Me Hardcore 1990 and Dream English Kid 1964 – 1999 AD 2015. Leckey’s breakthrough film montage Fiorucci consists of a compilation of footage from dance floors chronicling Britain’s underground club scene from the 1970s to the 1990s. In Dream English Kid memories of the artist’s life are explored through material found predominantly online, inspired by Leckey’s discovery of a YouTube video showing a Joy Division gig he attended as a teenager. Each film charts a key period in the artist’s life and in technological advancement, in particular the shift from analogue to digital.

About The Artist
Mark Leckey (b.1964, Birkenhead) is one of the UK’s most influential artists working today. Since he first came to prominence in the late 1990s he has addressed the relationship between popular culture and technology as well as explored ideas around personal history and the nature of memory. He was awarded the Turner Prize in 2008 and has been the subject of numerous solo exhibitions at institutions including: MoMA PS1, New York, USA (2017); Haus der Kunst, Munich, Germany (2015); WIELS Contemporary Art Centre, Brussels, Belgium (2014); the Hammer Museum, Los Angeles (2013); Nottingham Contemporary, Nottingham, UK (2013); Banff Centre, Banff, Canada (2012); and the Serpentine Gallery, London, UK, (2011). He has participated in the Carnegie International (2013), the 55th Venice Biennale (2013), and the 8th Gwangju Biennial (2010). Leckey lives and works in London.