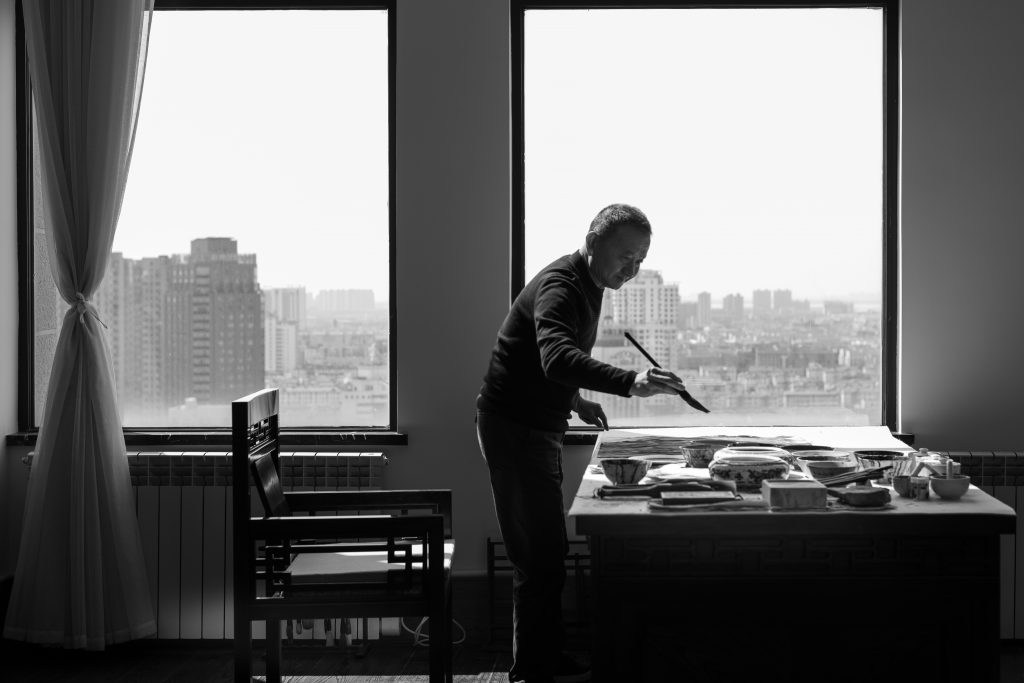 Chinese artist and entrepreneur, Mao Jianhua, will present a new series of 48 works on specially commissioned handmade paper at Saatchi Gallery, London from 27th June – 7th July. Interested from a young age by the ancient art of calligraphy – and more recently by the Chinese landscape painting tradition, ‘Shan Shui’, from the Song, Yuan and Qing dynasties – Mao Jianhua’s greatest inspiration is the Yellow Mountains, an area of outstanding natural beauty in Eastern China, and a place of artistic pilgrimage for thousands of years.

The title of the exhibition is derived from a phrase of verse from Chinese philosopher, Lao Tzu, which draws parallels between the mystery of the creative process and that of nature. Lao Tzu (alongside Chuang Tzu and Lieh Tzu) is one of the founders of Taoism, the belief that the universe follows an inherent harmony, regardless of human presence. Mao Jianhua acknowledges Taoism as a strong influence on his way of being and artistic practice. 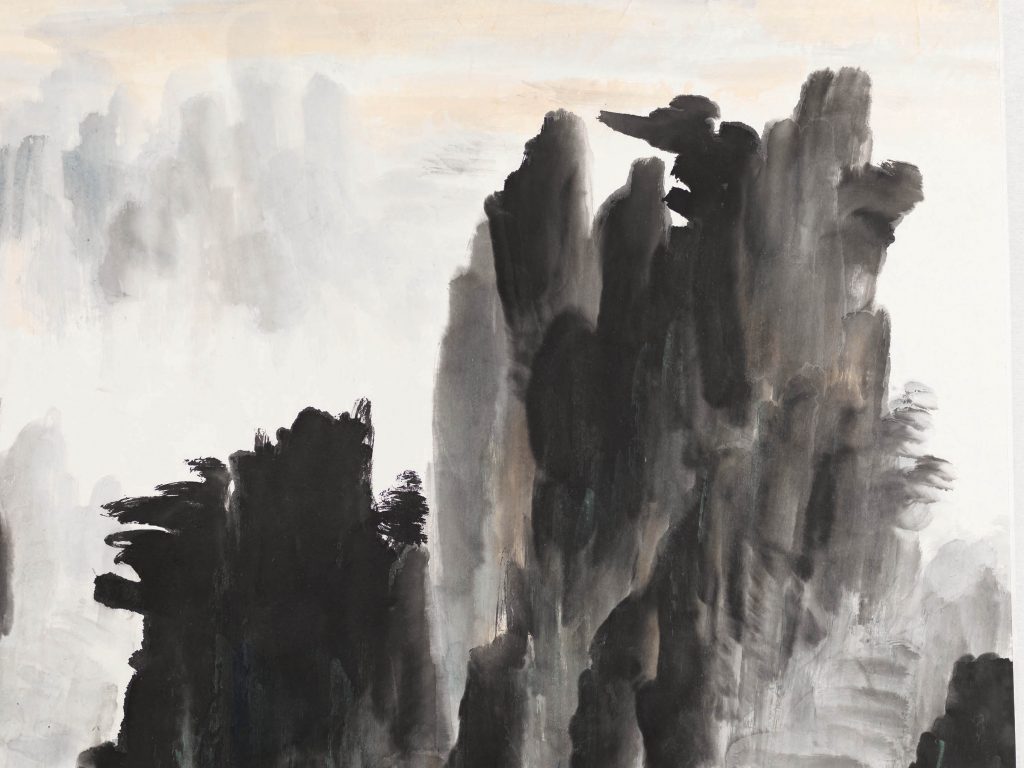 Martina Mazzotta, Curator of The Spirit of the Valley, said:

“ The poetic force and beauty of this new series of works by Mao Jianhua invites us on a journey that challenges both our body and mind with an experience where art and Tao are inherently connected. This exhibition is an opportunity to explore an area of culture which is in many ways still a mystery in much of the Western world.” 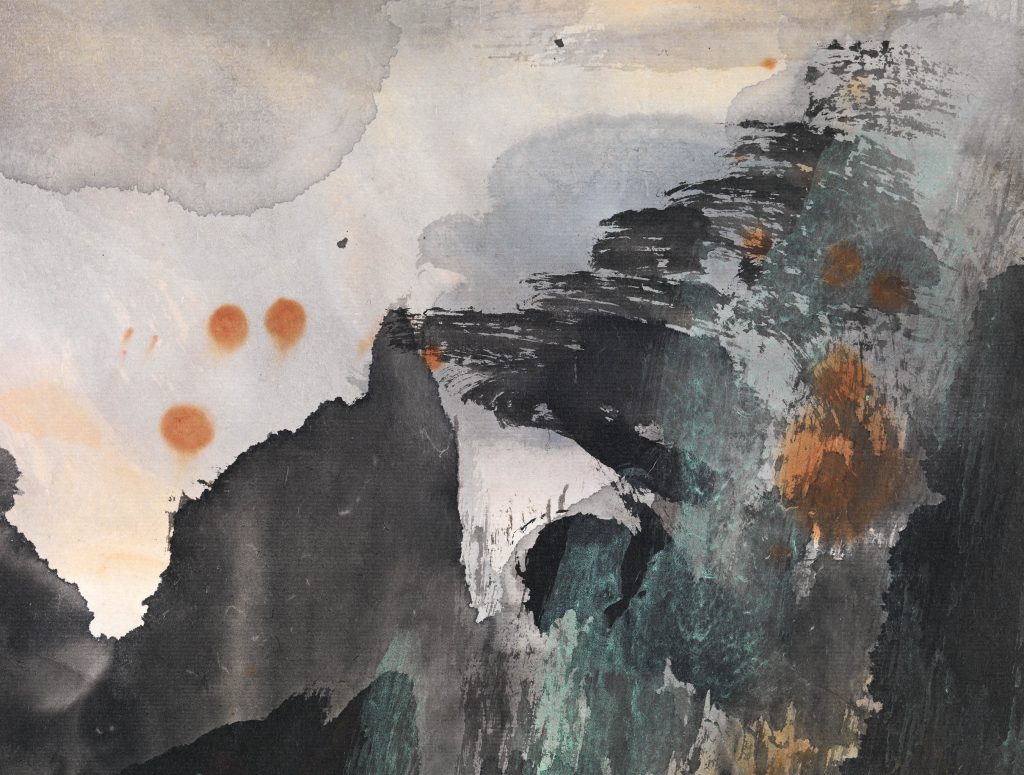 The exhibition showcases a series of landscape ink paintings created on Xuan paper, a material handmade from the Sandalwood tree which has traditionally been used for writing and painting. Varying in size with several large scale works, the paintings immerse the viewer in Mao Jianhua’s spiritual exploration of nature and his time spent in the Chinese mountains. Polymorphic shapes in black ink give the works a rhythmic quality, which are at times enlivened with blue, green and red. These dynamic works are offset by one painting left untouched, mirroring the infinite state of Wu-Chi. 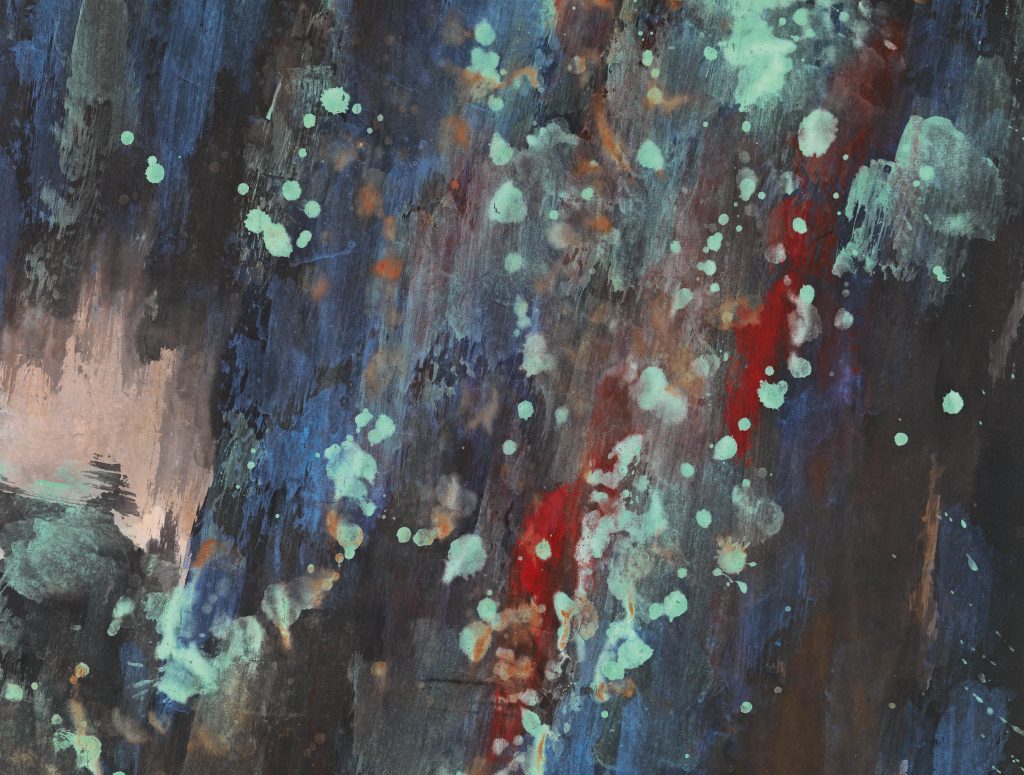 Mao Jianhua’s works are personal and poetic, influenced by spirituality yet rooted in tradition. He has said,

“The true work of art, whether it is a painting or sculpture, must be an expression of the freedom of life. Behind every work of art there is a message of interior harmony and a feeling of peace.’ 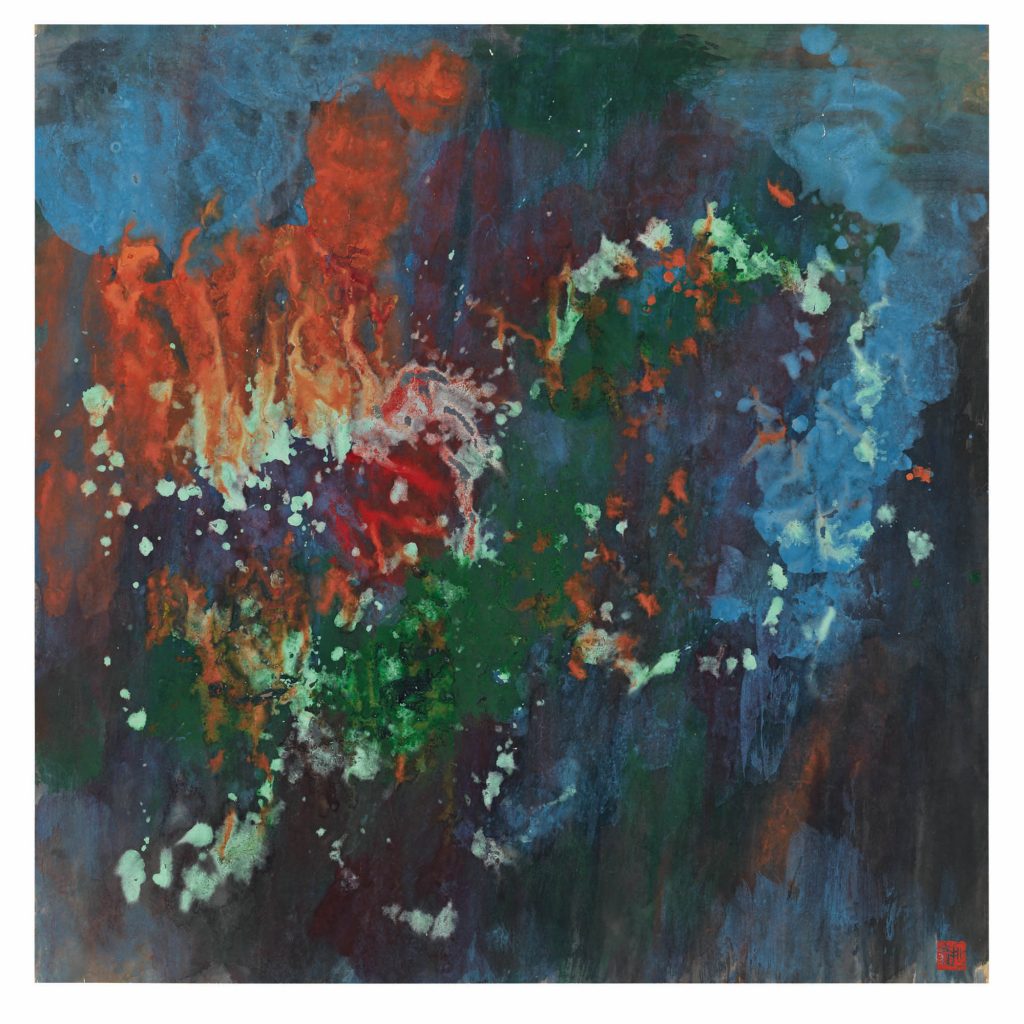 About The Artist
Mao Jianhua was born in Changshu, Jiangsu, in 1955. His paintings are often signed with the pseudonym “Zhuo Weng” which describes an enlightened man who appears to be simple and austere. Between 2007 to 2009 he focused on drawings recalling the style of the four famous painters of the Qing dynasty: Wang Shimin, Wang Hui, Wang Jian and Wang Yuanqi. Mao Jianhua mostly copied Wang Yuanqi’s works, which helped him to develop a solid foundation for landscape painting. Between 2009 to 2013, Mao Jianhua focused on practising the painting style of the four great artists of the Yuan Dynasty: Huang Gongwang, Wang Meng, Ni Zan and Wu Zhen, as well as works by Ju Ran and Dong Yuan of the preceding Song Dynasty. Mao Jianhua studied not only their brushstrokes and the method of applying ink, but also their way of expressing nature through their paintings. This intensive practice and deep level of study helped him to increase his skill and knowledge of traditional landscape painting.
From 2013, Mao Jianhua focused his studies on the famous modern artist Huang Binhong. Since then he has focused on his own personal exploration of nature, creating artworks based on his own experience and understanding of the real landscape. In 2016, 2017 and 2018 Mao Jianhua held his painting exhibitions respectively in Venice, Rome and Florence.

Maydiang Group
Mao Jianhua is the founder of Maydiang Group, a leather and leather goods company celebrating its 30th anniversary in 2019. With production based in his home city Changshu, the company now employs over 3000 people, manufacturing premium quality leather products for many world famous fashion brands. www.maydiang.com.cn 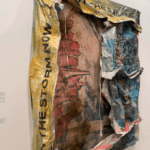 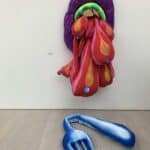